16 Days of Activism Against Gender Based Violence, Safecity Activities
Comments are off for this post

Safecity has teamed up with the Mumbai University NSS Unit to take the fight against sexual harassment to colleges across the city. In this effort, Safecity has been sanctioned a 10 hour project with 11 colleges for the year 2015-2016. These projects would include workshops, on ground activities and surveys. This street play by our NSS Volunteers from HR College is a part of the ‘Safecity: 16 Days of Activism against Gender Based Violence’ Campaign.

12 NSS volunteers from HR College, Mumbai got together to script and perform a street play at 3 different locations in Marine Lines, South Mumbai on November 26, 2015.

The Street Play titled “Man Ka Mail Mitao, Samaj Surakshit Banao” (Clean out the dirt from your heart and make the society safer) focussed on telling hard hitting stories of gender based violence ranging from sexual violence in public spaces where a young girl was harassed and her calls for help go in vain, to domestic violence, rape and sexual harassment by persons in authority (a teacher sexually harassing a student). After each scenario of sexual violence, a narrator would step in to emphasize the need to respect and uphold every woman’s right to freedom and self respect.  The play ended with a powerful scene that depicted a woman who had had enough of quietly bearing violence standing up to her attacker and stopping him.

The play was performed at 3 different locations where we had an audience of approximately 40 people at each location, with many passersby stopping to watch the play. There were a few people in vehicles who had stopped near where our volunteers were performing to see what was happening!

The audience was a mix of men, women and children. We spoke to a few people after the play and handed out several of our brochures, who were all extremely supportive of our work at Safecity and thanked us for what we are doing. We also saw a mother explaining what we were doing to her young son, which was very heartening!

We are extremely proud of our passionate NSS Volunteers from HR College who scripted and executed the street play so well and are thrilled to share some pictures of the street play with you below: 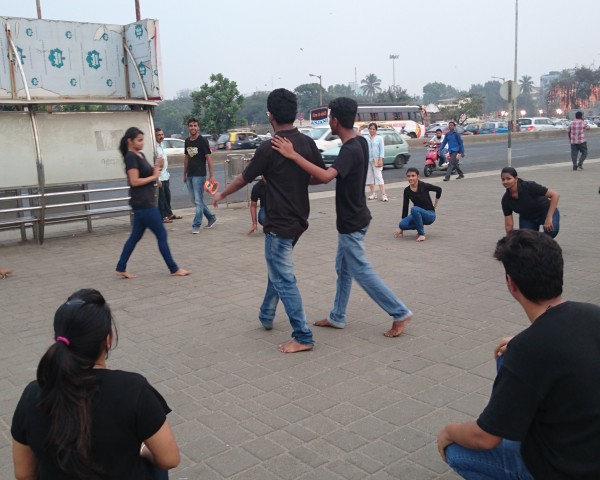 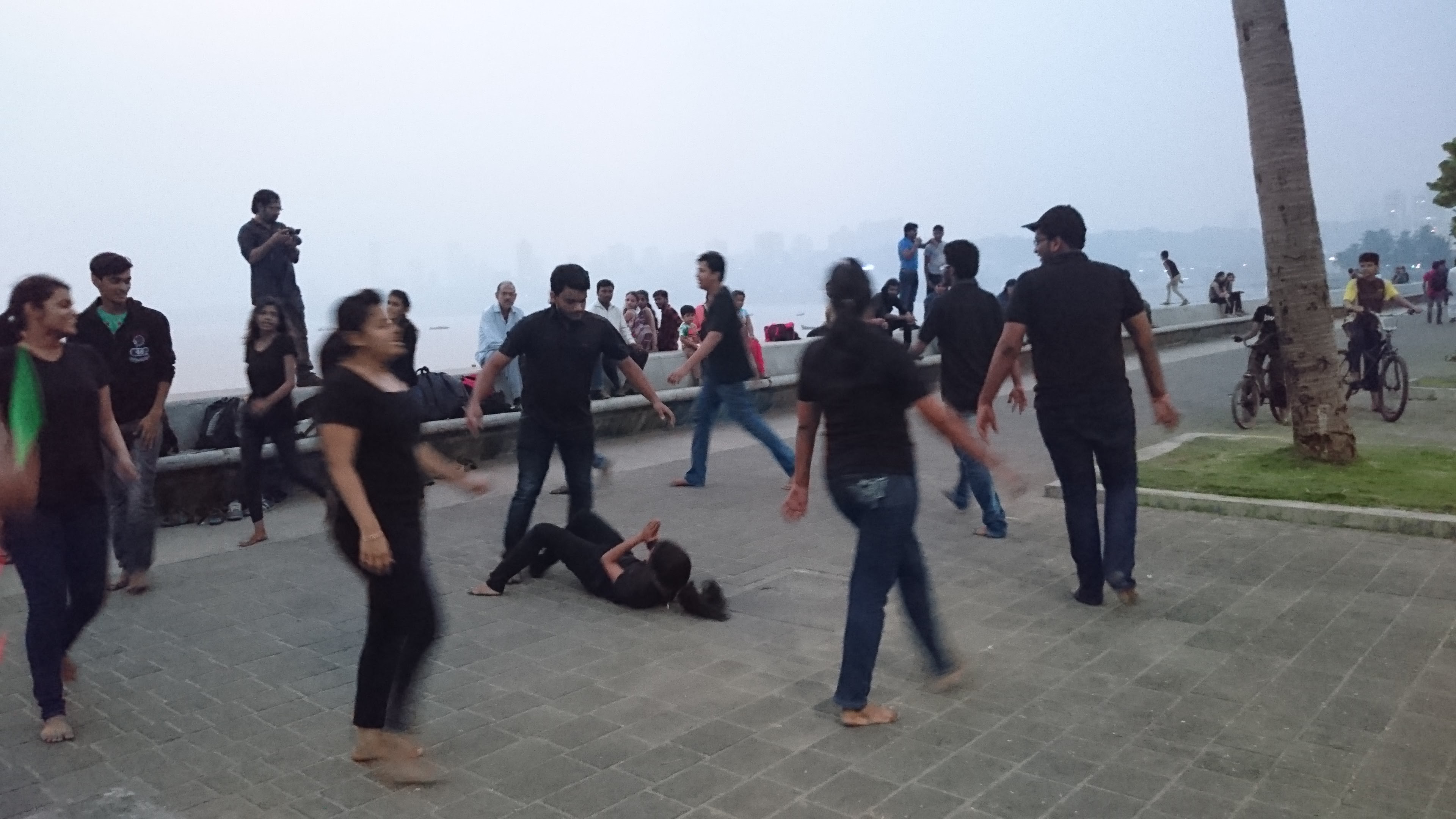 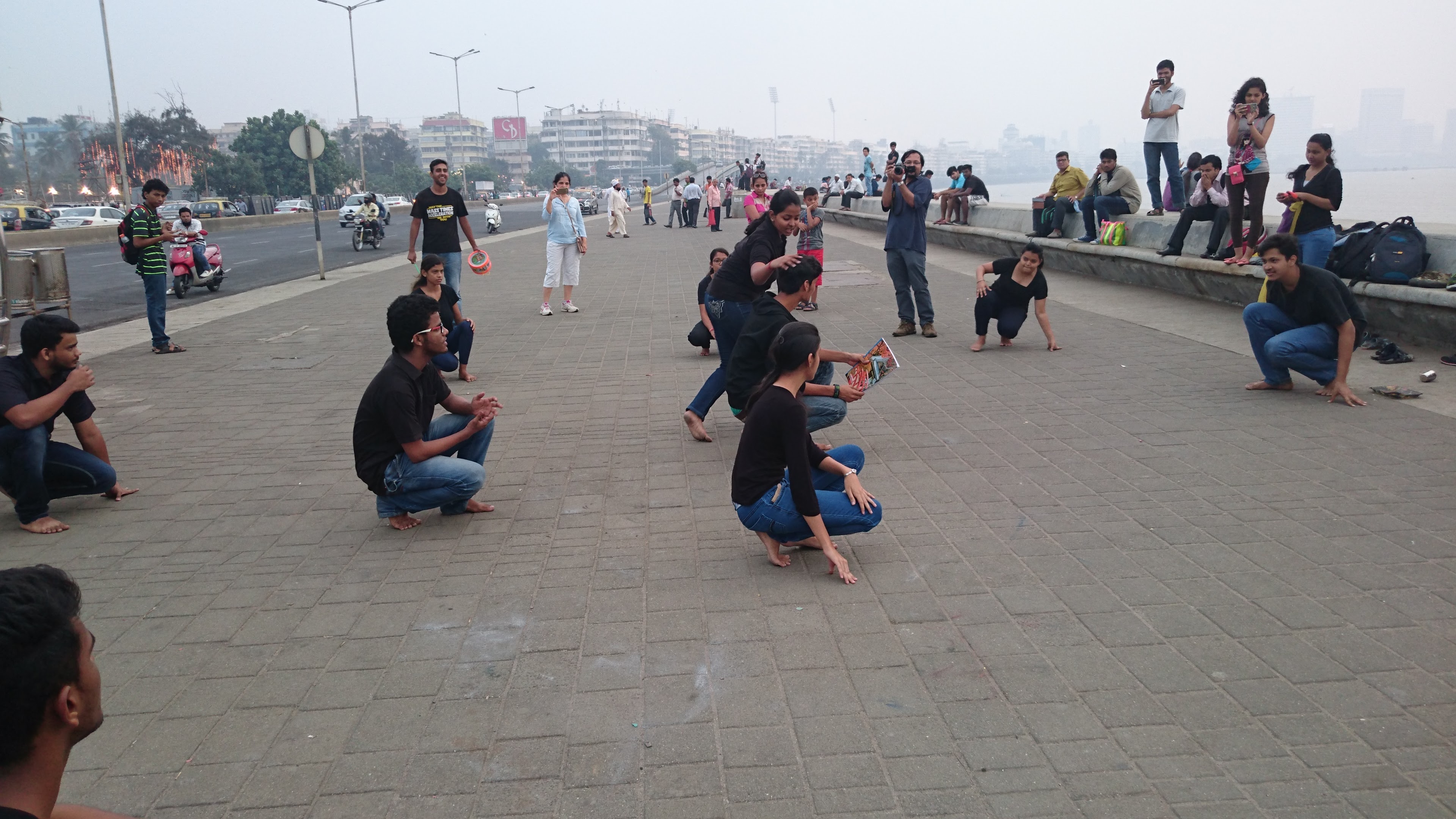 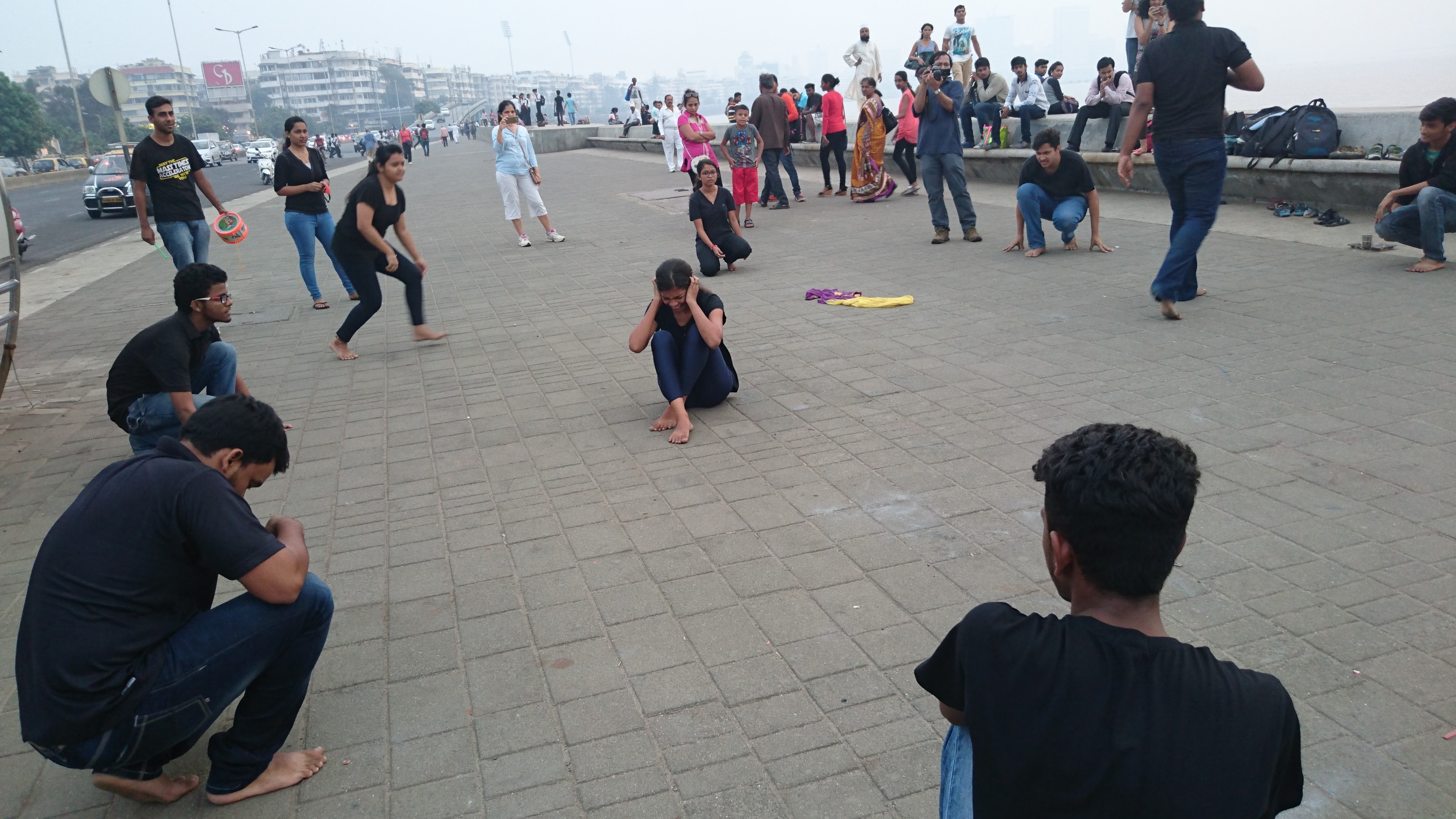 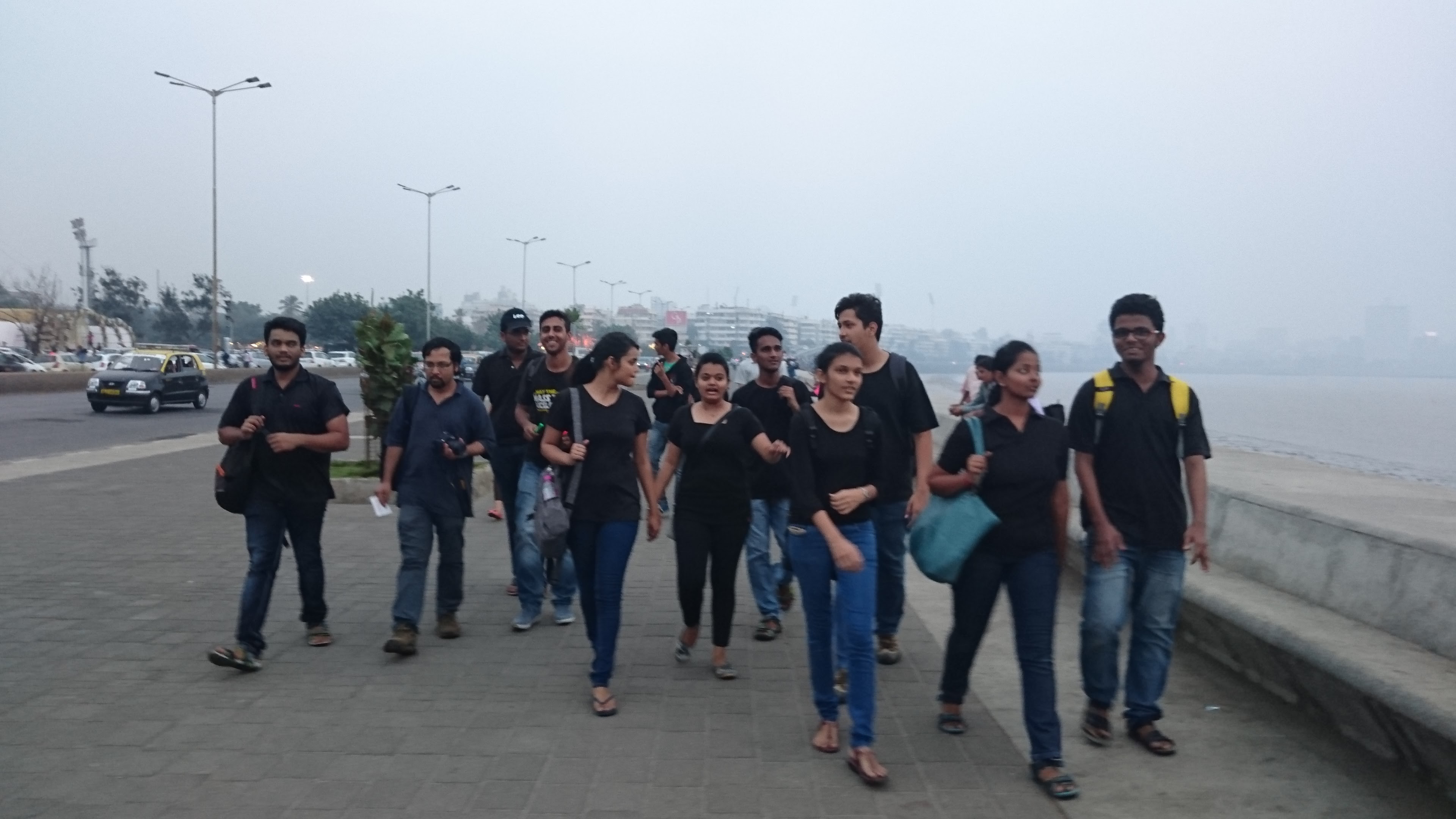 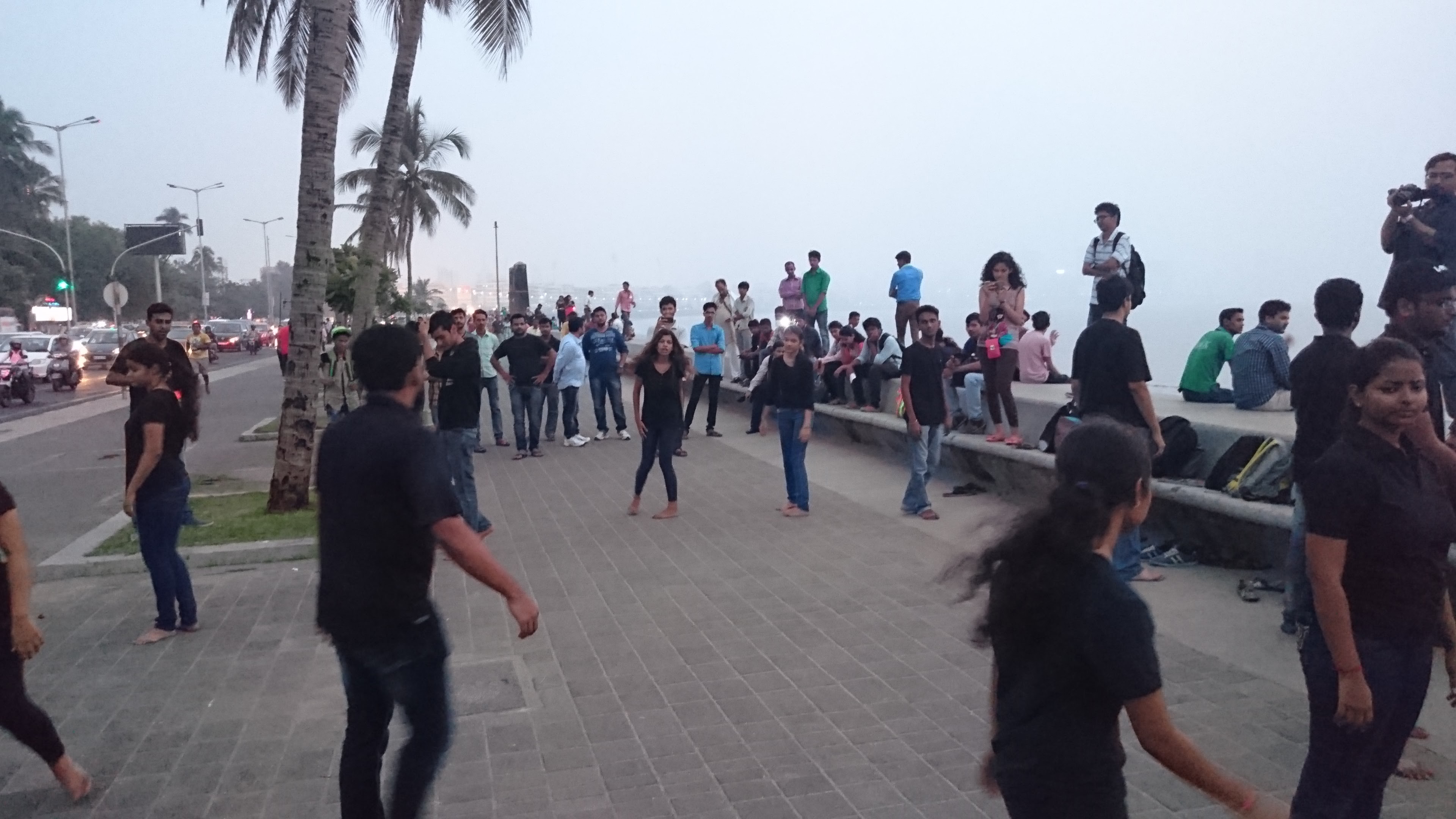 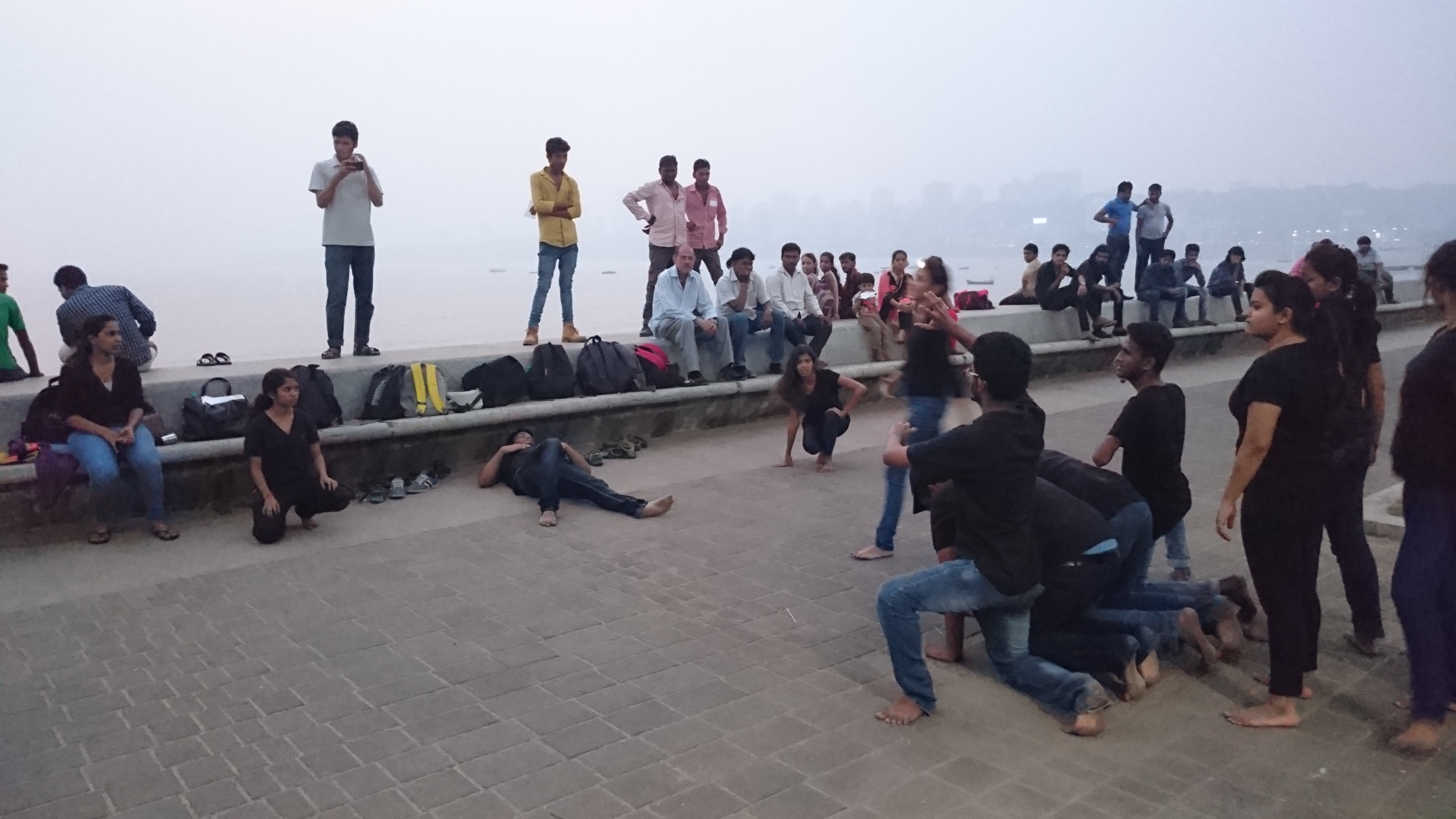 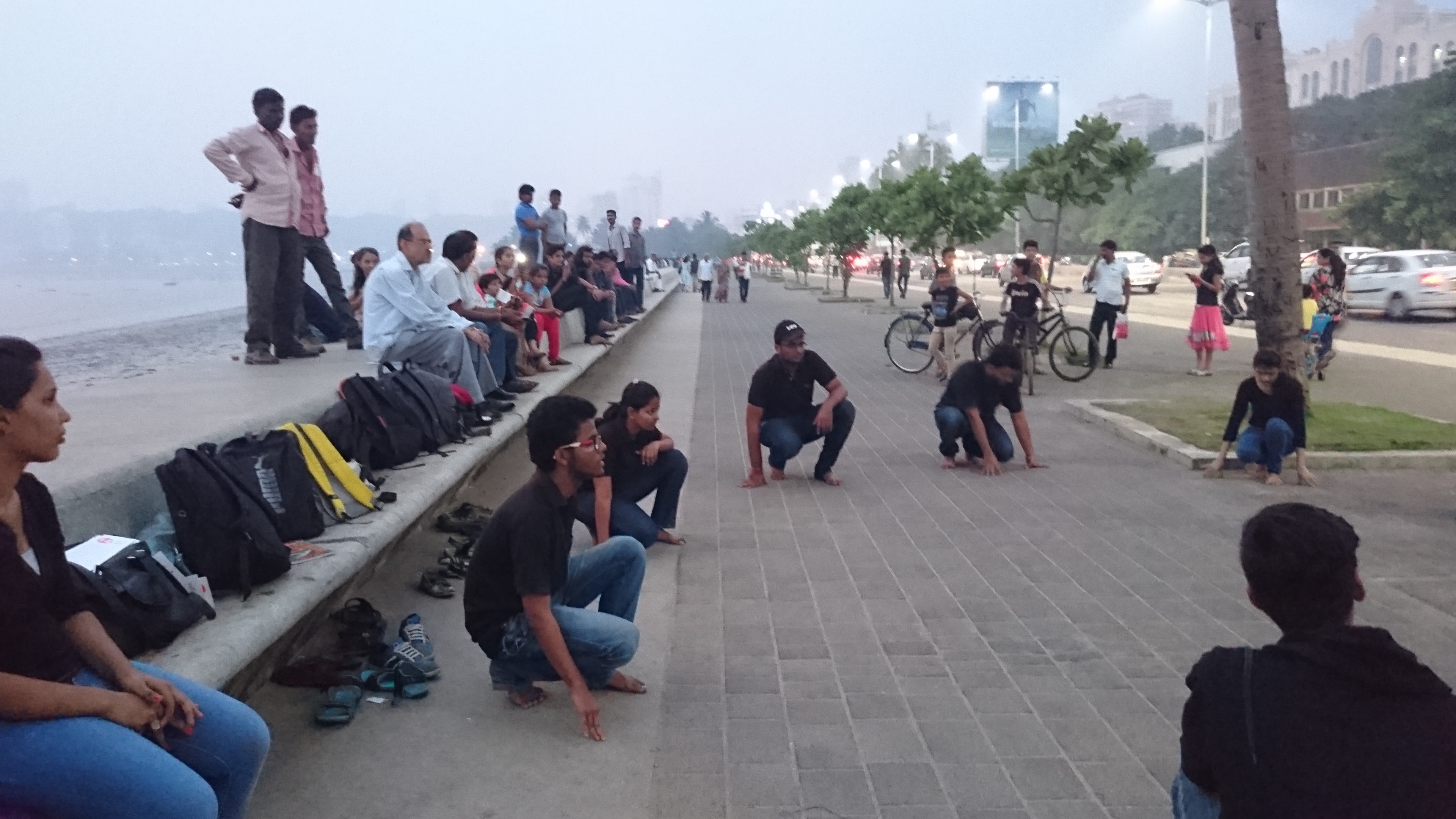