On 24th July, 2017, Safecity and Shethepeople collaborated to host the first in a series of Legal Roundtables at Lala Lajpatrai College, Mumbai, where students were given insights about women’s rights. The panel consisted of Ms. Devyani Kacker and Ms. Saumya Dadoo and was moderated by Ms. Vandita Morarka, the Policy, Legal and UN Liaison Officer at Safecity. The discussion covered a wide range of details including the classification of sexual harassment into verbal, non-verbal and physical, and the various methods youth can adopt against the war of gender inequality. The event began with a brief overview of the crimes covered under the Indian Penal Code, as Ms. Devyani Kacker made the students aware of the special act created in 1993 against sexual harassment at workplaces and the Vishaka guidelines passed in 2013. Students were also informed of the requirement of regulations and gender-neutral laws in place to make the environment in universities safer for women employees. Unlike the University Grants Commission (UGC), the Indian Penal Code consists of laws in favour of women, giving them the right to voice and complain regarding any sexual harassment they face from men and members of the LGBTQ community. 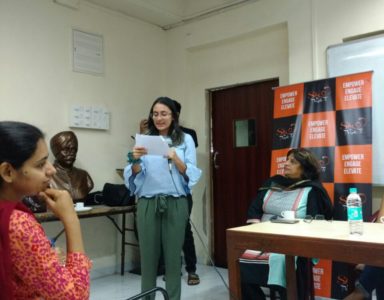 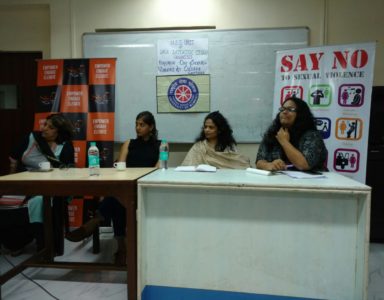 Students were encouraged to take the initiative to take this movement of legal knowledge and awareness forward themselves by making a mark via the digital world or creating a safe space to talk in universities and other frequently visited public places. Some students suggested creating groups where victims of sexual harassment could be given a platform to voice their struggles, or creating a peer support group specially trained by professional counsellors to come to the aid of victims. 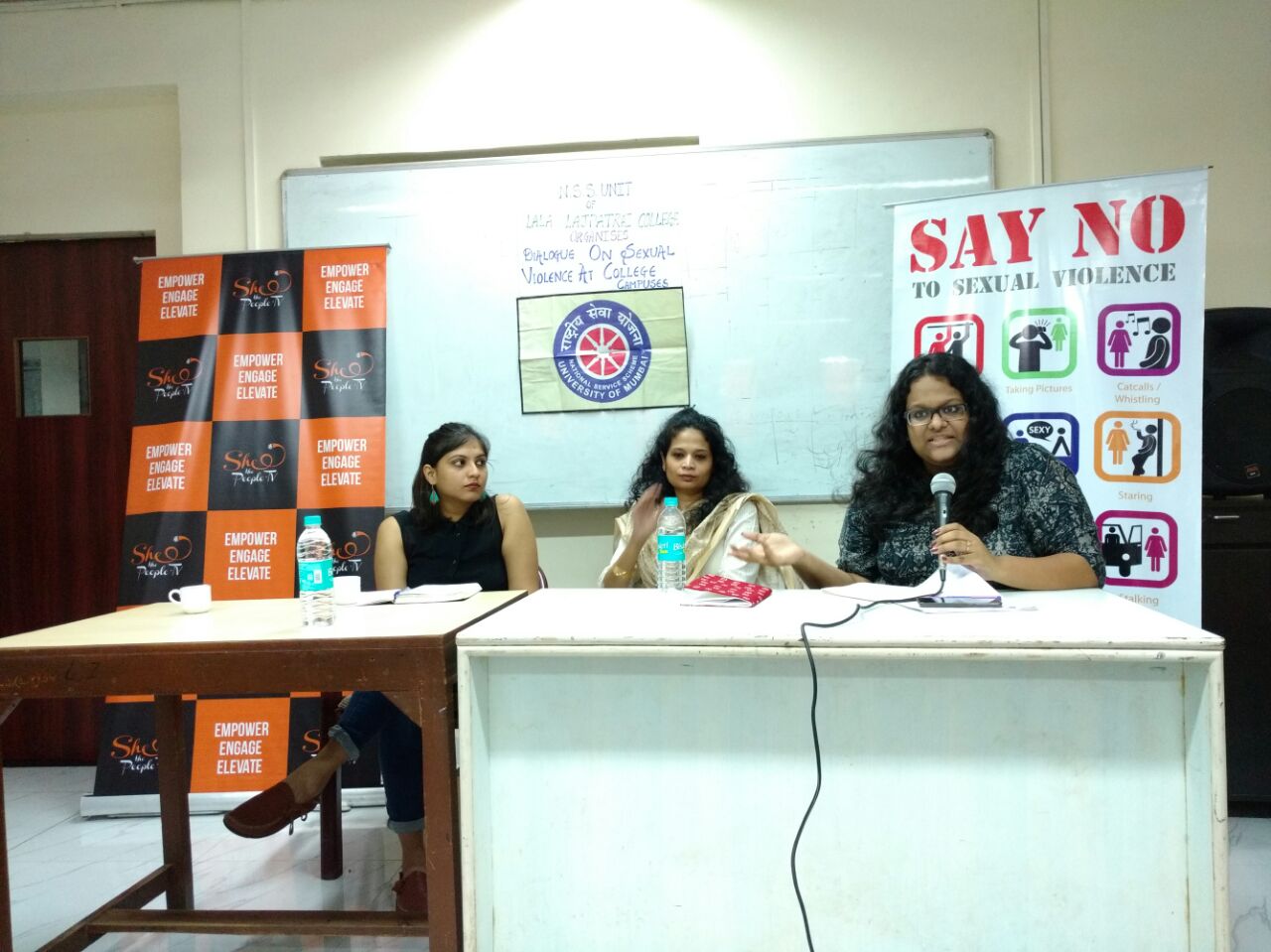 The panellists emphasised the importance of making the digital world safer as well for women while telling the students about the Information and Technology Act and the National Commission for Protection of Child Rights which are both a leap forward in the protection of netizens. Regulation of online content and making content private on social media websites are two steps users could themselves take to ensure that they do not fall prey to the vicious predators lurking online. 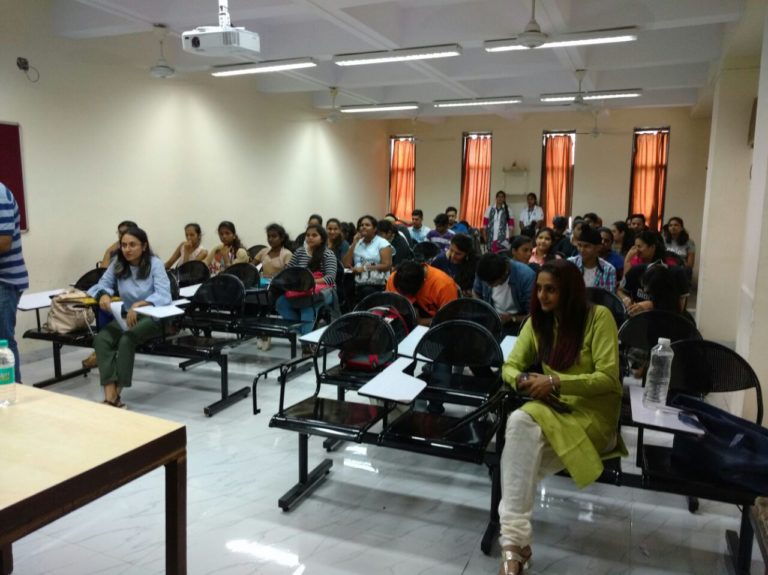 The event being interactive made it an incredibly successful platform for a healthy exchange of thoughts and ideas between our experts and the students. The students took the opportunity to voice their perception and concerns about social issues of the modern world, including rape, body-shaming, slut shaming, perceptions of feminism etc, which are not discussed openly. The panellists skillfully handled the students’ queries giving them information about various NGOs they could contact post a sexual attack. Students shared their personal stories as well as those involving close family members facing gender inequality on a daily basis, and the panel addressed their issues. The event ended on a positive note as the panel expressed their joy in seeing the students be proactive and thinking of solutions to bring gender inequality to an end and encouraged them to translate their vision into reality in order to help make the world a better place.

Law And Her: Harassment Issues Discussed

SheThePeople and Safecity got together to train and make aware young people about laws and harassment. These legal roundtables aim to focus on explaining the basics of our rights to report, to recognise and find redressal to harassment, sexual exploitation and other key issues. This was held at Lala Lajpatrai College in Mumbai, India – Here are the highlights