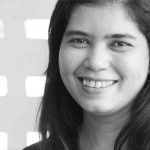 ElsaMarie D’Silva is the CoFounder & Managing Director of Safecity that crowdmaps sexual harassment in public spaces, and is a 2015 Aspen New Voices Fellow. You can follow her on twitter @elsamariedsilva

Know Our Team: My Journey with Safecity

It has been a little over three years since my friends and I founded Safecity. What started as a response to a horrific event – the brutal gang rape of Jyoti Singh in Delhi on 16 December 2012 – has grown into a movement that is taking a life of its own.

All these were limitations which I was not willing to accept for myself and I felt no woman or girl should have to adhere to them. I had travelled extensively to many countries and even within India, sometimes on work and often for leisure, sometimes with people and many times on my own. I would do my homework about the place so that I could increase my situational awareness but I would never limit myself from doing things because “I was a woman and it was not safe”.

As a result, I have had the most incredible experiences of my life – couch surfing in Amsterdam and Vienna, travelling solo across Europe and with women friends to Peru, The Arctic, remote towns in India and much more. I have met the most amazing people, tried different foods, experienced various cultures and opened myself to diverse experiences.

If I could live a life that was full and satisfying without fear, why not others?

Therefore, I felt, we had to start calling out experiences of violations of our rights, put it out there so that others could read and identify with the stories, win solidarity from both men and women and start working together to find the solutions.

Of course it sounds easier than it was.

I had no idea what I was getting into when I started Safecity but I did know that I had time and the opportunity given that my airline Kingfisher Airlines had ceased functioning. I knew I had reached my glass ceiling in the corporate world and honestly after 20 years I was quite fed up of the games that people were playing. I decided to take the risk, jump right in, learn as much as I could and see if there was a chance to make a difference.

Yes, it was scary at first.

How was I going to make a difference given the issue was so huge? 1 in 3 women experience sexual assault at least once in their lifetime. So says UN Women but this data is much under reported in our part of the world. How was I going to make it sustainable? Where would the money come from? Who was going to believe in me and fund me?

The road was not easy and the path was often not clear. I realized I was paving my own way and I had an opportunity to forge ahead in the manner I believed in. So I did it slowly, reached out to as many people as I could, asked for help shamelessly, applied for every grant that I came across, took up every opportunity that presented itself, brainstormed several ideas.

Through this process, I learned a lot about the issue – sexual violence is a pandemic. Perpetrators come in all shapes and sizes, known perpetrators being the worst. It is harder to deal with them and the complexities are mind boggling. So it was just as well, that we started off with crowd mapping sexual violence in public spaces where perpetrators are not often known to you.

How does one get the data? We are naive if we believed that we could just put up a platform and with a bit of publicity women and girls were going to share their stories which were deeply personal, hurtful and often confidence depleting. We had to work really hard to get women and girls to trust us and share their stories. We had to go to them – reaching out through colleges and universities, doing workshops, interviews, focus group discussions, through citizen groups and partner NGOs.

We realized that this issue was so deep and ingrained in our psyche that it was “normalized” and accepted as part of our daily lives. Through workshops for different age groups we had to unravel the myths about sexual violence and educate on legislation and legal rights. Talking about sex, gender and sexual relationships was not quite the norm and for many, including us, it was fascinating to facilitate or participate in these discussions.

The first two years was spent understanding the issue, the complexities and designing a platform that was going to meet the needs of the people we wanted to serve.

The last year has been about setting up the organisation, getting funding and putting together a team that shares the vision and passion of the founders.

None of it has been easy. I have worked harder than I have ever worked before. But it has been immensely satisfying to see that our work is solutions oriented, participatory in design and based on human rights. Our work has involved thousands of girls and women, boys and men, from age 6 upwards, including the police and some of the top corporates in the country.

We have young children feeling confident about their bodies and their rights, teenagers returning to school, youth taking a stand in their communities and advocating their rights and older women exploring their potential by pushing their boundaries. In the last 3 years, we have so many success stories to share and solutions that can be replicated and adapted across diverse neighbourhoods. Friends in Kenya, Cameroon and Nepal are using it with great success.

This year, we are going to focus on pushing our own boundaries to reach the maximum number of people we can with the resources we have. It is important that we all work towards a society where women and girls have an equal opportunity to a quality, are not discriminated against or targeted for their gender and can walk down a public street without fear of being intimidated or violated.

If you would like to join us on this journey, please do get in touch.

2 comments on “Know Our Team: My Journey with Safecity”

Congratulations!!! Keep it up.

Thank You, Marshall! We appreciate your encouragement. If you would like to get involved with Safecity, you may reach out to us on info@reddotfoundation.org or inbox us on Facebook.