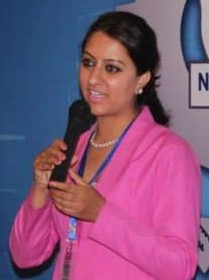 Know Our Team, NGOs and help
Comments are off for this post 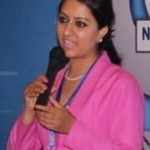 Samjhana Phuyal is an active women’s rights activist in Kathmandu, Nepal. She started the Pink Bus Project in collaboration with Safecity, India. She initiated the organization Social Empowerment for Empowering Women (SEEW). She was chosen as a youth leader to represent Nepal to advocate for maternal health issues in the United Nations General Assembly (UNGA) New York in 2012. A frequent writer on women’s issues, her blogs have been published in The Guardian, Vital Voices pages and The White Ribbon Alliance (WRA); one of her blogs on Child Marriage was submitted as a testimony to the first UK parliamentary hearings on 27th June 2012. She was a Vital Voices Fellow from 2014 till 2016 January and has successfully conducted two Global Mentoring Walk in Kathmandu, Nepal as a Vital Voices flag bearer for Nepal.

Following is the conversation that Safecity had with Samjhana getting to know about her work in Nepal and her experience working with Safecity.

Q. Hi Samjhana, what inspired you to start working against sexual violence?

A. We keep reading of numerous stories about sexual harassment in public spaces right from commenting, sexting, ogling to sexual assault and rape. Sexual violence is a global pandemic; a rapist doesn’t distinguish between old, lame, blind, retarded or child. Women are vulnerable all over the world while the rapists/culprits continue to blame the victims for the way they dress, their body language, movement etc. What I noticed is that though sexual violence is prevalent everywhere many societies behave like it doesn’t exist at all! They behave like the issue is invisible or just accept it as a part of their daily life where they wake up to the same news of sexual assault somewhere and just ignore it…until it happens to themselves or somebody close to them. We need to wake up and accept it as a larger problem in our society and act against it. Being silent fuels the culprits making them stronger and stronger. I wanted to start speaking up and helping others speak out too.

Q. Taking such an initiative requires great courage. Can you tell me more about the work you do?

A. As a Vital Voices Fellow, Elsa visited Nepal for a 3 day residential workshop organized by Vital Voices in which I, a Fellow from Nepal, also participated. In an introductory session we each spoke about our work during which Elsa was impressed with the idea of the Pink Bus Project which was just a concept at the time. On 8th March 2015, we launched Pink Bus to fight against the ongoing sexual harassment in public places. This Pink Bus was not just a bus but a crusade against harassment in public places. Prior to our project nobody paid much attention to this problem but once the Pink Bus was launched we at least instigated a discussion about harassment, be it positive or negative. “Pink Bus -A bus for women by women” is the first of its kind in Nepal to fight against sexual harassment and empower Nepalese women.

Q. How did you begin working with Safecity?

A. Elsa realized there was a need for proper data in order to prompt the government into taking some action to reduce the sexual harassment occurring in public places in Kathmandu, similar to the work that she is doing in different parts of India. So Safecity and SEEW decided to collaborate and SEEW has been collecting reports and stories ever since September 2014. SEEW is the very first organization in Nepal working against harassment in public places and has grown this far thanks to help from Safecity.

Q. What are your findings from the reports?

A. Initially, it was difficult to get people to speak about their experiences of sexual harassment. During report collection I encountered many stories that I thought I alone had faced growing up. Data shows that nearly 80% of women and girls face sexual harassment before the age of 16. Harassment in public spaces is so engrained in our society that nobody talks about it or even reports to the police. At a recent Television interview that I was invited to, one of the co-speakers was a Senior Police officer who had never heard of such cases, for the simple reason- women don’t report to the police! Continual ignorance of harassment in public places gives rise to greater problems like sexual assault and rape.

Q. From all the reports you’ve collected so far, is there one that is difficult to forget? If possible, could you share it with us?

A. Well, we’ve read so many reports and heard so many stories but there is one that keeps pushing me on in my work against sexual harassment.

A 47 year old woman who works as a helper for an INGO (International Non-Governmental Organisation) in Nepal has 3 sons pursuing studies and a husband who is physically challenged; naturally she is the sole bread winner in her family. She lives in a dark rented flat in Lalitpur district of Kathmandu valley where neither sun rays nor fresh air pass through.  Her life, though, is darker than her rented flat!  She was sexually assaulted and raped every day at her office by the Account Section Chief. She fought a daily battle of working in the same space as her perpetrator until she gathered enough courage and filed a complaint at the nearest police station.  Sadly, her motives were questioned by all and people began avoiding her.  Despite proven DNA reports against the culprit, nobody talks to her at her place of work. Her family members feel defamed ever since she spoke about the abuse publicly. She has no one to look to for support, just like the many raped victims that don’t get justice! When I met her she said, “I am living life like a corpse”.

Q. Her story is really tragic! Can you tell us more about your recent work/projects?

A. Many people suggested that we do a campaign with the public to create awareness. When I won a small grant from Vital Voices in September 2015, Supreet Singh and Salini Sharma from Safecity came to Nepal  to help scale our work together. They trained a group of our volunteers and staff members which kick-started our campaigns with different groups of youth, women etc. We went to more than 25 schools and colleges, conducted our workshops and also collected reports. This has really made women and girls more aware and encouraged them to act against the harassment they face every day.

The silent culture is slowly diminishing and women and girls talk about sexual harassment more openly. They now know that they should stop the harasser instead of suffering in silence. They are aware of the laws in our country against sexual harassment which is a great achievement for SEEW and Safecity.

Q. It must feel great you’ve made a change! How has your journey been since you began?

A. I feel I have flourished in the work I began at the start of 2014 in Nepal. While initially it was my issue alone now I see more and more women and girls join our movement and help act against harassment. While collecting reports I also encountered many men and boys who have been sexually harassed by their male friends and acquaintances which we were previously unaware of. They were having a difficult time because they couldn’t share it with anyone and were finally relieved they could trust us. Our most recent accomplishment was in January 2016, when we campaigned to create awareness among men and boys about the issue of sexual harassment and had many celebrities join us in our endeavor.

Q. That’s amazing! We wish you luck in this commendable work that you do.

A. Thank you. It’s been great working with Safecity.