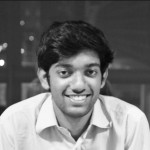 Abhijith Asok holds a Masters in Mathematics from BITS Pilani. Motivated by the myriad possibilities remaining hidden in data, he carries data science forward as his passion. At Safecity, he leads the Data initiatives which crunch numbers and text to bring out the innate impact of our data.

Aside from a meaningful, yet ephemeral stint with Greenpeace India in the past, my responsiveness to the social side of existence had always been questionable up until a year ago. I was confined merely to the bubble of fomenting social media posts relishing in the satisfaction of reacting and putting perspectives across, evading the actual problem on the ground by parsecs. It was the age-old ingrained framework of the brain that “social service” is something so detached from everything else in life that you actually need two separate words to call it so.

It was right at the time when I was getting comfortable with the field of Data Science, fresh out of college and into my new job about a year ago that I saw some posts of Safecity which Riddhima (Safecity’s Communications Officer) had put out on Facebook. The idea instantly caught my eye, although I did not expect it to end up being anything other than another virtual topic of concern. However, the more I started reading up about the initiative, the more engrossed I felt. The feminist instincts which were already sown in my mind’s soil seemed to be getting a steady inflow of water to grow and I felt naturally connected to the cause. Most of all, it was Safecity’s focus on data as the weapon to fight gender-based violence which made me fall head over heels for it – particularly because of that bold move when the world itself is trying so hard to use the artillery called data in an effective way. “Social service” was no more an unfamiliar face, but a familiar phase in the stream of thought.

I shared a couple of thoughts that I had about how data could be used more effectively for the cause, with Riddhima. A “Why don’t you help out?” and a signature later, I was volunteering for Safecity to help with the data capabilities. All I could see was marvelous potential everywhere, just dormant and waiting underground to be dug out.

In what seemed like limited amount of data on every report of harassment incidents, I saw a neat fabric of possible permutations and combinations of available data to be put together to squeeze every inch of valuable insight out.

The crucial step to the same was creating a permanent template for a dashboard, which would not only need to be exhaustive with regard to what the data tells you, but also be extremely simplified, so that anyone, even without a background in analytics/business intelligence would be able to understand at least the basic insights on their own.

What looks like a trade-off on the outside, had to actually be an encompassment. Creating that dashboard has been one of the most fruitful experiences of my life. I got to brainstorm with myself on tackling the challenge, and be directly responsible for everything about it, right from the conception of the idea, deciding the tabs, data cuts and designing the tabs to bringing in more innovative types of analyses which dug out deep insights.

The whole process bestowed a gargantuan aura of learning on me and I personally travelled leaps and bounds with regard to conceptual clarity.

The dashboard runs dynamically even now, with monthly data updates, displaying multiple data cuts with regard to time, type of harassments, geography or a combination of these, coupled with deeper analytical methodologies like text mining, association analyses etc.

The team has grown over time overall, but more so in the data capability and I have had the chance to work with some terrific people who share the same sense of progressive mindset that Safecity had enabled me to mould out of opportunities. As a team, we have launched many initiatives over time that show promising growth like geographical clustering, social media impact analyses and map overlays to name a few. From a confined usage of Microsoft Excel, we have ventured out with regard to the tools as well, adding in R, Python, Tableau etc to our work repertoire. The flux of data from multiple countries tries little and does a lot to widen your perspectives about the plague called harassment and why it needs to be fought with all of one’s capabilities.

Safecity particularly feels so close to my heart because I clearly see how the work I do takes itself forward to impact the community.

More so, because its data side presents a unique spotlight where you can hone your valuable data skills while making a difference to the community. In a world where riding the data wave is the talk of the town, an organization which surfs it for such a cause is indeed praiseworthy and I urge anyone and everyone to give it a shot. Coupled with a thought ripe for innovation, a mind ready to connect and ten fingers ready to tap the keyboard, the experience is going to help you grow, professionally, personally and socially.

From plotting the trends to pinning the creeps, welcome to the Safecity way.