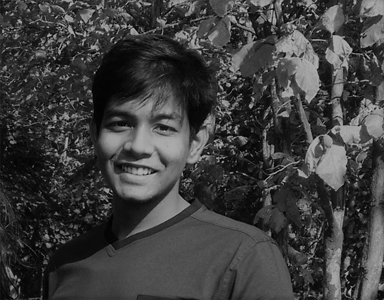 Know Our Team, Safecity
Comments are off for this post
Know Our Team is a series that attempts to bring to you the stories of our team, share our experiences, why we do what we do and special moments that have left an indelible mark in each of our lives. 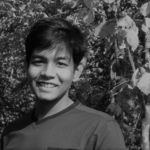 Vihang Jumle is the Monitoring and Evaluation Officer at Safecity. Currently pursuing his Bachelor’s degree in Engineering from Mumbai University, he derives happiness from being passionately curious. His work is to assess the value of all Safecity’s activity and periodically derive analytical conclusions to check if the organization is headed in the correct direction. He also assists the Data Science team on training new volunteers. He believes in the here and now and it is what motivates him to push harder and produce quality work in a way that brings social upliftment. He enjoys travelling and takes a deep interest in Hindu Mythology. He is often spotted just wondering about questions of the universe when not into some analytical jargon.
Know Our Team- Caring and Contributing to Society

My first earning was around 7000 rupees which I received on completing my internship. Since I had decided that I would donate 15% of whatever I earned, I spent 1000 rupees to buy stationary for orphans. For the first time in my life I had a chance to contribute to a good cause. I carried this big heavy bundle of crisp notebooks for each child there. To my surprise, they hugged me first then opened the pack of notebooks. What took me 19 years to understand  they were mature enough to understand in just 10 years. We are here to progress together as a society and build connections with immortal souls and not mortal materialistic objects.

I always had a desire to give something back to society. I have always been a part of activities for social good in some way or the other. I often went around asking people to donate for “Help Age India” schemes but that kind of volunteering work didn’t give me real satisfaction as I did not know whether the money I collected was put to correct use. I did not get see the impact of the work I had done. As I started attending college, I realized I was barely left with any time to work and contribute to society. I joined Safecity with the hope that my analytical skills would help make our society a safer place to live indirectly if directly wasn’t possible. Seeing real work in action at Safecity, I decided to take up a more challenging role which was to evaluate and ensure that Safecity created serious impact in the daily lives of children and women.

At Safecity, I met an ardent group of people who dedicated their time and effort towards creating safer spaces and making this society a better place to live in. It made me realize how grave the situation was and how much worse it could get for lack of such organizations. I attended events which ranged from topics like “Safety in Transport”, “Safety at Public Places” to the”Importance of Mentoring”. Safecity has helped me become more open-minded whilst discussing issues which society usually refrains from and helped me understand why such issues are swept under the rug even though they disrupt and destroy women’s lives.

The message I’d like to give out to the readers is that the sooner we realize we are here to progress together, the better it is for all of us. Ambition is great as long as it is exercised within healthy competition. Society is sometimes driven by a mentality where the definition of victory and success have changed from “Making it to the finish line” to “Personal profits at the expense of another’s losses”. Economics is a mere game of Profits and Losses but we often forget that we have a choice.  The results depend on how we “choose” to react to a situation.

Contributing to society does not require a big platform or resources; contributing to society simply means being considerate of each other. Give an old gentleman your seat, buy a packet of biscuits for the young boy, teach your maid’s children to speak well, donate your old books instead of selling them, be good to the rude man who bumped into you. It all comes down to having a caring mentality. Lastly, be honest with yourself. Don’t serve society if the mere purpose is to showcase or publicise that you care. Be the human you were meant to be and not a puppet of your peers’ actions.

Care for the world and the people in it, not because you might need someone’s care too but because you truly want to.