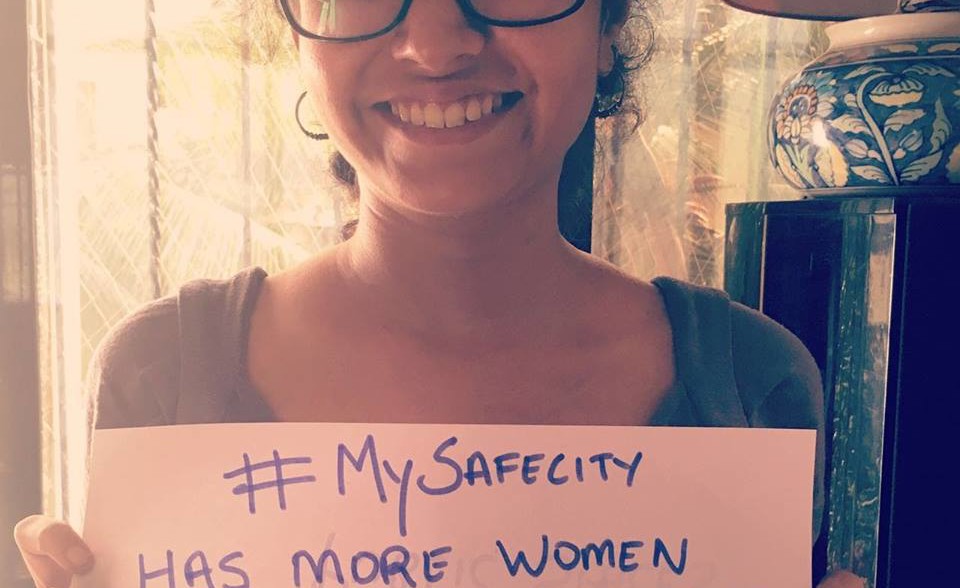 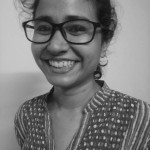 Anu Salelkar is a Program and Outreach Officer with Safecity based in Mumbai and responsible for on the ground work in Mumbai, Pune and Goa.

Know Our Team: A Rights Based Approach to Safety

In my past work with adolescent girls, sexual harassment has constantly come up as one of the main obstacles to their access to any right- whether it be education, health or even the right to  public spaces. This issue was further aggravated by the fact that there are no safe spaces to talk about such issues as often girls are often blamed for sexual violence or  it is easily brushed off as a trivial issue. However, when it becomes a part of the everyday experiences of young women from marginalised communities, its implications become quite dire.

There are enough rules and limits put on young women as it is to add more to the list in the name of protecting them. The answer does not lie in teaching them self defence, or to make them dress more “appropriately”, but rather in creating spaces and platforms to raise their voices against such violence.

Safecity provides such a platform to young women across the country. My work at this organisation is to run on ground campaigns in the city of Mumbai with such young women, and men, against sexual harassment in their localities. My work here follows the wonderful work done by my colleague Salini Sharma in communities in Delhi, where the goal is to make communities more self sufficient and capable to bring about social change. At Safecity, we believe that no two campaigns are alike, and our focus lies in designing appropriate interventions for different community needs.

Our work in Mumbai has brought us in touch with many organisations and many communities across the city. Through SNEHA we worked with the youth in Kandivali and in Dharavi, where we conducted mapping and survey exercises which gave a space for the participants to talk about their concerns regarding safety and sexual violence. Through MAVIM we did several gender workshops with various women’s groups in Dharavi where we discussed gender roles, intersections of marginalised identities and various forms of violence.

At the moment we are working with Vacha Trust on two campaigns against sexual harassment in Jogeshwari east- one in Indira Nagar, and another in Bandra Plot. The girls in these communities feel that sexual harassment has a deep negative affect on their everyday lives, and are determined to change the situation so that they can have an equal right over public spaces.

Through our workshops, the girls of Indira Nagar prepared and conducted a Survey about sexual harassment in their community that included questions such as what were the implications of the harassment faced. The answers received served as further proof for why there is a pressing need for such work- girls spoke about how they were not allowed to leave the house, stopped going to places where they were harassed and in a few cases were taken out of school or married off at a young age.

Through mapping exercises in both communities, we saw areas being marked as unsafe due to the fact that there are generally no girls in the area. This is especially the case of gardens or open grounds. Karkare Garden near Indira Nagar, was marked by the girls in that community as unsafe due to similar reasons. The girls of Bandra plot, who have no such garden near their community, visited this space for an evening of fun, where they played Kabaddi, and other sports. Not only were they not harassed, but groups of boys seeing their numbers respectfully gave them space to play. We learned from this that sometimes the answer could be as simple as making girls more visible in public spaces.

These campaigns will continue for the next few months, working not only with adolescent girls, but also with the boys of the community, their parents and other members.

Besides working in communities, we at Safecity have begun to try and bring in an intersectional understanding of sexual harassment through our work with Point Of View. Our campaign ‘My Access’ seeks to understand the relation between accessibility and safety, looking at the experiences of public spaces by women with disabilities. This campaign brought us in touch with a variety of institutions working with persons with disabilities- National Association of the Blind, Smt. Kumudben Dwarkadas Vora Industrial Home for Blind Women, Snehankit, ADAPT (Able Disable All People Together), Paraplegic Foundation, and Kamala Mehta school for the Blind. This campaign also brought together Non-disabled girls from Wilson, Sophia and St. Xaviers with the women  from these institutes- thereby breaking the boundaries of disability around their gendered experience of space. It was great to see, at the end of the day, friendships being made that weren’t based on pity or a glorification of disability but rather between girls talking about city spaces.

Anyone’s work cannot be removed from their politics, or their ideologies. My work at Safecity is hence driven by my passion for human rights, feminism, ambedkarism and intersectionality, and I am glad that I am being given the space to use these ideals to bring about social change. I look forward to more such work in the future.