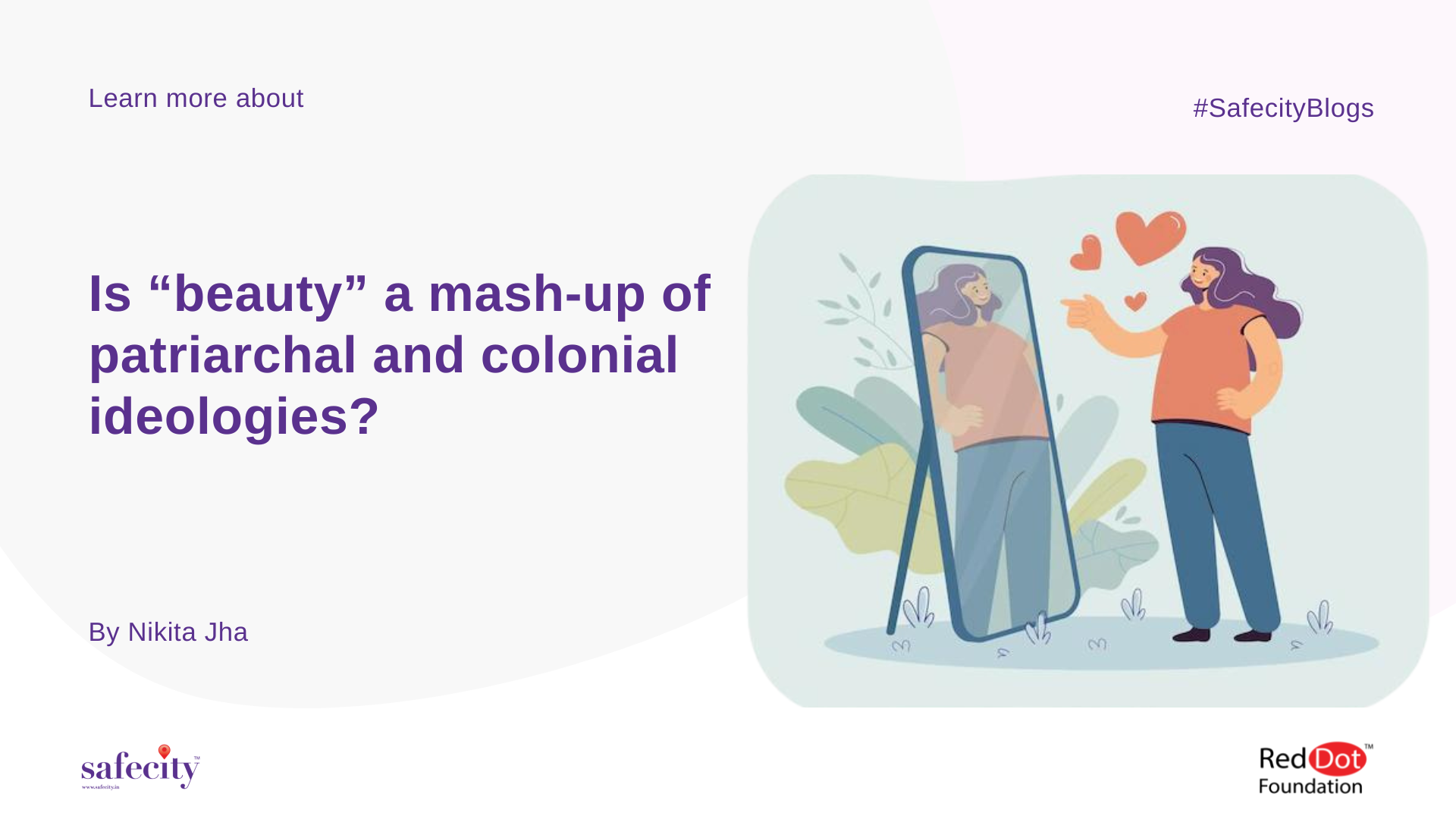 “A woman’s greatest asset is her beauty” British physicist Alex Comfort reportedly said. What is the source of this notion? Why are women often reduced to their outward appearance? Is beauty truly skin-deep, or does it reflect a mash-up of patriarchal and colonial ideologies?

Our perception of beauty has been highly influenced by Eurocentric standards of beauty as a result of colonisation, which is why, whenever we come across a photo of ourselves that does not portray us as skinny, fair, and tall, our first thought is to delete it. At its apex, the British Empire had covered about 25 percent of the world’s land surface so it is no wonder that every tiny and huge component of our society is viewed from a Eurocentric standpoint.

Ruth Handler, an American businesswoman, is credited with creating the Barbie doll, which depicts a slim, fair, and tall lady who is regarded as the paragon of feminine beauty. This also serves to demonstrate how strongly westernised our notions of beauty have become, as the usual characteristics of a Western woman are frequently thought to be the epitome of feminine beauty.

The colonialists reinforced the idea that a lighter skin tone is inexorably linked to purity, whereas a darker skin tone is linked to pollution and impurity. Colonialism, patriarchy and casteism work in tandem to create dominance upon marginalised women, hence they are inextricably intertwined.

In comparison to men, women are under far more pressure to conform to these ridiculous beauty standards. But why is that? Why are males not held to the same standards as women when it comes to appearance? Again, patriarchy is the answer. In a society that is dominated by men, needless to say, while the expectation from men is that they are hypermasculine, provide for the family and exhibit sheer power in general, the expectation from women is to only appear feminine and pretty.

This rigid bifurcation of men and women into stereotypical moulds of attractiveness is among the most basic tenets of a patriarchal establishment. It is, therefore, important to reflect upon why it is that women in TV serials have to be decked up in ornaments and make-up while men do not have to.

Women, on the other hand, apart from the intellectual and professional standards, are also forced to acquiesce to these capricious standards of beauty in a way to subjugate them. Otherwise, they are labelled ‘unworthy’. Men are substantially much more confident about their looks than women. That is because they are not constantly bludgeoned by society to uphold inconsistent beauty standards. Even when they are, it is still to fit into the patriarchal narrative of how an ideal man is supposed to be. In a patriarchal society, beauty standards are defined in a manner that serves to gratify men’s sexual needs and wants. Men’s beauty is considered to be just a supplementary feature while a woman’s worth is defined by whether she can match up to the conventional, eurocentric standards of beauty.

In the Victorian era, women felt compelled to conform to beauty standards that prevailed in their society because otherwise, they would remain unmarried and would henceforth, be considered, “useless”.

Long hair was seen to be the pinnacle of female beauty in the early 1900s. Short hair became fashionable only a decade later. Tiny rosebud lips were regarded to be a cardinal characteristic of one’s attractiveness during the Victorian era, but in today’s world, some women want larger lips. Beauty standards have been arbitrary from the dawn of mankind. How long will women continue to change their bodies in order to stay up with the latest fashion trends? How long will we accept putting our bodies through excruciatingly painful procedures ranging from hair removal to surgical interventions like Botox in order to satisfy patriarchy’s demands on women?

The argument that “I want to look beautiful” is invalid since our desires and choices were shaped by the patriarchal environment in which we grew up. Because we were always told that we were not good enough, we don’t look appealing enough since our childhood and that hurts as well as gets internalised in our heads. We need to believe that “we are beautiful, period”.

In this setting, labelling yourself as ugly becomes a political statement. We are tacitly promoting colonial and patriarchal ill ideals of beauty that authoritatively restrict every woman’s bodily autonomy and drive them to be fair, slim, and tall, which is historically oppressive and has a negative connotation.

Even seemingly harmless Instagram and Snapchat filters contribute to the perpetuation of irrational beauty standards. The majority of cosmetic filters will make your face appear smaller and fairer. In addition, there are many ‘transition videos’ on the Internet that show an acne-prone individual with a double chin converting into a person with a sharp jawline and clear skin in a matter of seconds. These videos have become so commonplace that we as a society have forgotten about the harmful impact of fatphobia and the unattainable “beauty standards” that they preach. These impacts can be emotional and sometimes might lead to physical as well as psychological traumas.

As an alternative, maybe we should follow in Alicia Keys’ (American singer, songwriter and actress) footsteps and stop applying makeup, to hold accountable a capitalist, patriarchal industry from profiting off the insecurities which have been indoctrinated into us.

Another wicked deed of patriarchy is the ever-intensifying feminine yearning to feel pretty. Isn’t it odd, now that I think about it, that something called “standards of beauty” exists in our society? On what kind of logic is it based? What kind of reasoning could it possibly be based on? Why are we even attempting to establish a universal criterion for something as subjective as beauty? Why might a small nose be preferred over a larger one or vice versa? Why would having larger ears be preferable to having smaller ears? There is no genuine dichotomy between the two as long as both pairs perform their functions.

These beauty standards have arisen as a result of societies, and if we can make them, we can also break them. Enforcing these strict beauty standards on women is just another way for men to manipulate women by causing them to internalise misogyny. By allowing these arbitrary beauty standards to influence our lives, we are increasingly becoming subjects of patriarchal bio-power. Refute their claims.