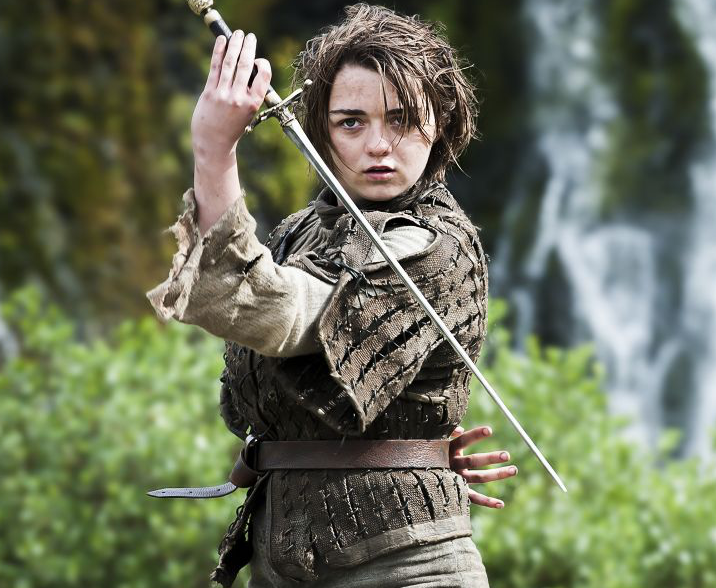 Puneet lives in Delhi and is a 2nd year student pursuing his B.Tech at Jaypee University, Solan. With late nights being a constant companion, Puneet likes to either spend the night away coding or watch any movie he can lay his hands on. His feelings of wanderlust often makes him explore new places, people and also gorge on local cuisines. He cannot fall asleep at night without listening to a Coldplay song.

In the last episode of Season 5 of Game of Thrones (yeah, I too am devastated Jon Snow died), there was this scene where a character named Ser Meryn Trant is in a brothel and asks for young girls to “pleasure” him. Being the pedophile that he is, he starts to beat the three girls that were brought to him with a cane. It was one of those morbidly cruel intermittent scenes whose numbers have constantly been on the rise. I mean, the scene sucked. But then Arya Stark, one of the many protagonists on the show, having disguised herself as one of the girls, waited for the right moment and stabbed that ghastly monster to death, all to the delight of the viewers.

Even though being a work of fiction, the scene was a dark reflection of the society and how many men have been thinking of women as toys who can be played with however they like and even be replaced, if they happen to ‘break’, for thousands of years. India is no better in treating its women other than the ones from the mythological world, where people worship the tens of thousands of goddesses that ‘exist’. But when it comes to treating their real women that way, nothing great can be said to write home about. Be it the acid attacks, female feticides, rapes, marital rapes, casting couch, molestation, prostitution, dowry, being paid lesser than their male counterparts for the same job, being tormented by lewd comments, it all happens in India. In a country where a rape is reported every 30 minutes (let alone the thousands that aren’t reported out of shame and fear), women’s safety is something that has yet to gain real traction for it to be even outwardly visible. Only god knows, how many thousands of  times has the earth gone around the sun in this quest for power between men and women where the man I believe is somewhat afraid of a real battle and has ever since been trying to oppress the woman.

According to me, two of the biggest perpetrators are unemployment and lack of education. An empty mind is a devil’s workshop. Well, that is exactly the case with the unemployed population. An empty mind gets filled with non-utilitarian thoughts and is cut off from reality and hence can cause havoc. A healthy environment would develop if both the species from Mars and Venus are introduced to each other at an early age and are taught by their families how to behave around each other. A person, who in his childhood is molded well into behaving around women, will know that women can challenge men eye to eye in anything and everything they do which will drastically reduce incidents of crime and violence against women. Through education, one can easily get to know how on innumerable occasions in history, women have risen against the oppression handed to them by men and have valiantly fought for their rights.

All is not lost though. Things do appear to be getting better in certain areas; more and more women are acquiring higher positions at their workplace, and are getting paid better. What matters more is an average Indian girl being paid what she deserves rather than Kareena Kapoor getting paid less than her male lead. A country that can’t look after its women can never be the superpower it wishes to be. India very well needs its Arya Stark!