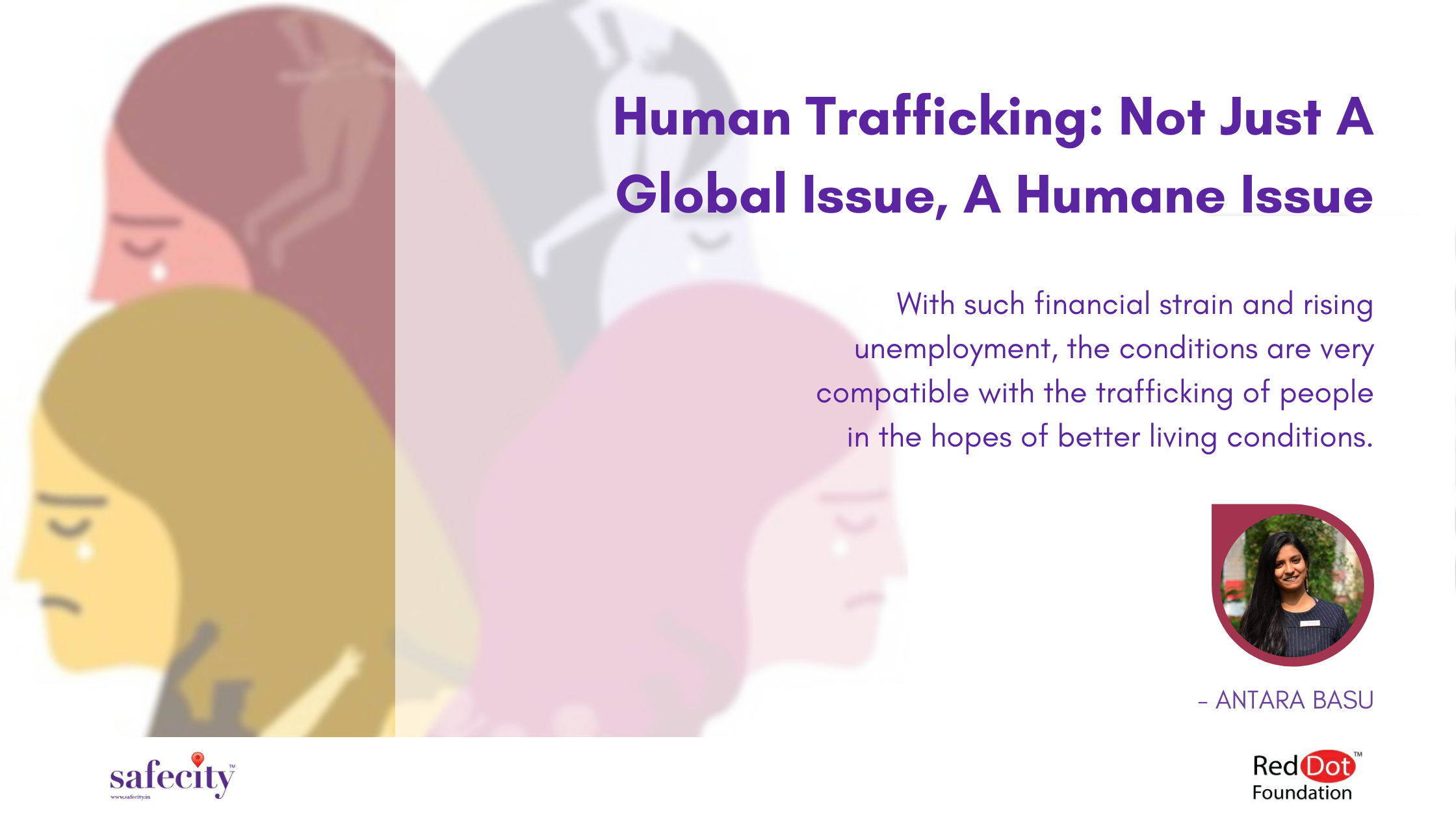 Human Trafficking: Not Just A Global Issue, A Humane Issue

“What I’m passing through right now is so big, so serious, I see myself as a grown-up,” says Mary*, a Nigerian teenager who was taken to Italy by sex traffickers. “I missed ever being a child.”

Human Trafficking at its very core is a crime against humanity. Millions of survivor stories flood the web, just as thousands of cases go unreported and several pieces of legislation bring into effect new laws each passing year. Yet, the predicament of human trafficking continues to haunt at many levels.

Human Trafficking as defined by the United Nations, in the Protocol to Prevent, Suppress and Punish Trafficking in Persons Especially Women and Children, supplementing the United Nations Convention against Transnational Organized Crime states, “Trafficking in persons” shall mean the recruitment, transportation, transfer, harbouring or receipt of persons, through the threat or use of force or other forms of coercion, of abduction, of fraud, of deception, of the abuse of power or a position of vulnerability or the giving or receiving of payments or benefits to achieve the consent of a person having control over another person, for exploitation. Exploitation shall include, at a minimum, the exploitation of the prostitution of others or other forms of sexual exploitation, forced labour or services, slavery or practices similar to slavery, servitude or the removal of organs.”

Recently with the surge of the COVID-19, whilst conditions are already frail, UNODC released a report that explains the detrimental impact of this unprecedented crisis on trafficking. With the sharp decline in the overall economy, we all have heard or seen many people being laid off. The fact being in a situation where the white-collar industry is collapsing, the blue-collar takes an even larger hit. Migrant workers, the poor, and destitute sections of society are worse off than before. With such financial strain and rising unemployment, the conditions are very compatible with the trafficking of people in the hopes of better living conditions.

The National Crime Records Bureau contains detailed reports of human trafficking cases across the country. And the numbers are staggering. Policy changes, laws, or creating new acts to curb the issue of trafficking of persons do no good in the absence of effective implementation. Human trafficking dissolves within itself many variants. From modern slavery, coerced labor, child labor, or forced prostitution, trafficked persons may find themselves in several different situations.

To go into the root of this issue, it’d take years. But we simply cannot afford to give up millions of lives into this sacrificial cycle of transnational crime. As conscious citizens we have to be willing to report cases we know to be true, to identify suspicious behaviour, and to take necessary action. At the global level cooperation and coordination amongst foreign governments is a must. Given the transnational nature of this crime, it is of paramount importance that states work together to minimize and finally eradicate the issue of human trafficking.