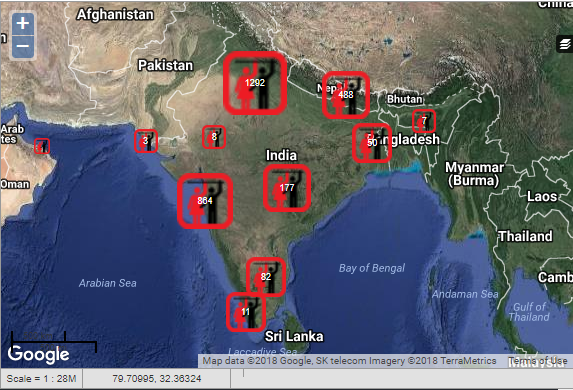 We thought we will only have to do this exercise once.

We thought we will not speak about this again.

We thought the age of terror was over.

But two years after the first citizen’s survey of Delhi’s 100 Most Unsafe Places, the survey is being launched again months before a definitive poll in Delhi to ensure that they who wish to govern the heart of India should never forget the fear we live with every day.

The survey, first done by the Whypoll Trust, also launches the new partnership between Whypoll and the Safe City Campaign as we join forces to tackle violence against women in India through information, advocacy and technology. The Safe City map is now embedded and is an integral part of www.whypoll.org.

A total of 50,000 citizens of Delhi were surveyed for the first 100 Most Unsafe Places Map and list and this year too in the months to come 50,000 (100,000) residents of the capital will be surveyed for the definitive 100 places list.

A volunteer team is spreading across the city speaking to citizens to ask them one basic question: which, according to them, is the most unsafe place in Delhi?

Anyone can go to safecity.in and tag the unsafe spot. Also #100UnsafePlaces has been created for anyone to tweet and tell us which they think is Delhi’s most unsafe place.

There is one and only one basic question we want answered: which do you think is the most unsafe place in Delhi?   It takes less than 5 seconds to answer this and it is simple. Go to www.safecity.in and pin the location on the map.

The idea of the campaign is to ensure that political parties fighting to win elections and govern the Indian capital must have safety for women as a priority in their agenda.

This campaign will be writing to all political parties to ask them to put women’s safety as a top priority – and we request you to use social media to tweet and post and spread the word, and join us in this campaign.

Together we can make safety for women an election defining issue.