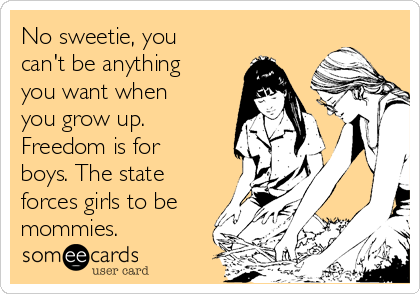 Harassment is a blow any girl can suffer anywhere. Harassment is not necessarily an attack by just strangers, it can be an intense assault within the confinements of your house you considered your home.

Here I am typing my own story of an account which shook my life and left it scarred in a way that I attest as irreversible.

On an eventful Sunday, I returned home to an eerie silence. The tension in the air was palpable and the looks in the eyes of my dad were unmistakably of anger. I kept quiet and walked to my room, hoping that I was just worrying for no reason. I slouched on my bed with a slice of chocolate cake and tuned into my favorite channel on TV. Two hours later I was summoned by my Dad for a discussion and I knew at that very moment that all my fears will materialize in a span of few seconds. I come from a conservative family, where I am the only girl who is working in a corporate, who is career oriented, and independent in her thoughts and actions. Truly liberal and yet righteous in my thoughts, I have never questioned my approach towards life. I have been constantly put down by my family, I have incessantly been compared to my elder brother, my thoughts have been suppressed, and my ideals have been questioned.

That night, my dad was furious for I was out on a Sunday with my friends for a social cause, in a mixed group of girls and guys, which was unacceptable to him; though God knows why he co-educated me; though God knows why despite being an educated man, his thoughts were shallow and hurtful as they demeaned women. He was in a rage that I was too independent for his governance and societal norms. He considered my independence and will to make a mark as insolence and immoral. He wanted me to be confined to the four walls of my house, preparing myself to get married without even realizing my dreams. As I sat there objecting, he asked for my phone and decided to cut me off from my social circle. He crushed my brand new phone to pieces and threw the broken pieces right at my face, the shattered screen leaving scratches wherever the tiny broken glasses pricked me. As I further relented, he hurled abuses and called me names a father can never associate with his own daughter.

My tears had dried listening to it all, I was feeling stronger and motivated to not succumb to this harassment; this was the worst I had seen and somewhere it brought me to peace that I had already faced the worst. I constantly defended my education, my career, and my strong ideals against his baseless , autocratic, and barbaric thoughts. I would call it barbaric as I could have never imagined that my own father would move agitatedly around looking for a knife in the kitchen to further harm me. That just killed every emotion I could associate with a father-daughter relationship. I stood up to him and looked him in the eye and told him that this was the worst thing he could ever do and he shall never be forgiven. Our relationship ended that night and I haven’t spoken to him ever since.

As I walked out of that room, and not that house, just for the sake of my mother, I wept endlessly in my room, not able to fathom what just happened to me and why. My dad’s extreme behavior, the silence of my mother, and the fear in my brother’s eyes made me realize how shallow our society is; how can we even call it a society where one’s life means nothing just because she is a girl. Who allows them to believe that women are weak or inferior? There is absolutely no logic, no rationale, and absolutely no forgiveness for anyone who cannot respect a woman, be it our own parents.

I know of so many girls who are living a far more dreadful existence and I have penned my story not for sympathy, not for appreciation for standing up for myself, but simply to encourage all the women and men reading this to propagate an understanding of how beautiful, divine, and amazing women are as god’s creation. I want us all to make a society where every woman is safe, happy, and successful; where every woman is an equal to every man.

Do not cry, do not lose hopes, and do not deprive yourself of education as that is your true independence and absolute achievement. As we pin the creeps across the cities, and enlist all the crime spots around us, we need to realize that women are suffering at the hands of their own families. A true movement of women safety will begin when all the women stand up for themselves. Only when you respect yourself will the world respect you.

Submitted by an anonymous contributor on www.safecity.in