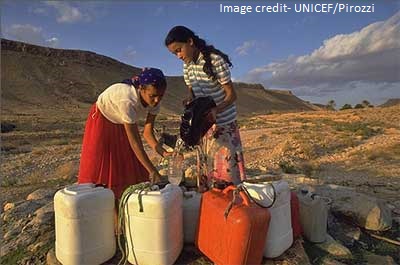 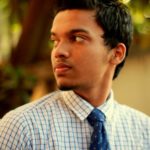 Nagsen Torne is a graduate in Bioanalytical Sciences from Ramnarain Ruia College and is currently pursuing a Masters degree in Public Policy Analysis. He is a kickboxer and also a bibliophile who loves learning. He believes that a pen, a few words and an idea can bring about the greatest of social revolutions.

Climate change which is nothing but the change in average weather conditions of the planet due to the greenhouse effect, plate tectonics, volcanic eruptions and man-made crises like global warming is not just a theory in the pages of a textbook or a discussion paper on the table of a group of environmentalists anymore. It’s happening and it’s happening fast! Mankind already finds itself at a point of no return.

Climate change not only has its implications on the environment but is also affecting us economically and socially. The economic problems will affect the developing and the poor nations more than their developed counterparts. In the same way, socially, it will affect the poor sections of our society, women and children, much more. Women make up nearly 70 per cent of the world’s poor. Climate change is a problem of development and, as such, is affected by two characteristics: inequality and poverty. It presents new challenges to the Sustainable Development Goals (SDGs) adopted by the United Nations. A few of the SDGs are to end world poverty by 2030, achieve food security and literacy, achieve gender equality, potable water and healthy sanitation for all.

Taking the gender perspective ahead, women will be affected more because men and women face their social, economic and environmental reality in different ways; how they participate is also different and is closely related to age, socio-economic class and the culture they belong to. Projections indicate that climate change will result in less secure means of subsistence, more vulnerability to hunger and poverty, thereby exacerbating this gender divide.

As the global temperature rises, drinking water sources will dry up, droughts will increase in severity and a woman in Marathwada will have to walk many more miles in search of potable water. She will have to toil much more in the agricultural field as the fertility of the soil reduces. A poor fisher woman in Konkan will find it difficult to find a catch for subsistence as the global sea water temperature increases. It will be comparatively easier for men involved in these occupations to migrate in search of new jobs. This will negatively affect our quest to achieve the SDG of eradication of extreme poverty and hunger. The SDG of achieving universal literacy will also be negatively affected as more girls will be forced out of school for the arduous task of finding firewood and water. Migration of families due to droughts and other natural calamities will also increase the female school drop-out rates.

Other SDGs like reducing infant mortality and improving maternal health will also be affected negatively. Climate change will increase a woman’s vulnerability to diseases caused by poor nutrition, poor quality of water, increase in favorable conditions for spreading viruses associated with temperature and heat. Due to women’s traditional role of taking care of family health, their workload will increase and so will their probability of catching infectious diseases. Pregnant women are particularly susceptible to water-borne diseases and malaria. The high index of mortality of mothers/women during disasters causes an increase in infant mortality. Statistics show that a large number of women in Uttaranchal have fallen victim to miscarriage due to carrying of heavy firewood over the mountainous terrain.

Besides, women and children in developed and developing countries are at higher risk of sexual abuse during and after natural disasters. Condom use during a natural disaster is also lower than at other times, due to limited or decreased access to condoms. Combined with the accelerated spread of diseases and infections in developing countries, the breakdown of the social order and the undernourishment that sometimes accompanies climate change have led to higher rates of dengue fever, malaria, AIDS, and STD transmission, especially for women.

A way out of this will be to enact policies that are gender sensitive. Also, women should be given a fair say. Women are not sufficiently represented in decision-making processes on climate change, or adaptation and mitigation strategies. Women must be included, not because they are “more vulnerable” but because they have different perspectives and experiences to contribute (for example, in implementing adaptation measures). Gender analysis is imperative in directly helping victims and planning an equitable recovery.

Some measures for mitigation can be as follows:

– Working with and building the capacities of already existing women’s groups: in communities, the women’s organizations have information, knowledge, experiences, networks and resources that are vital to increasing resilience in the face of disasters.

– Resisting stereotypes: base all initiatives on knowledge of the specific contexts and differences of each culture, economic situation, as well as politics and gender, and not on generalizations.

– Use a human rights approach: democratic and participatory initiatives help women and girls more. Both men and women have a right to the conditions they need to enjoy their fundamental human rights, as well as simply to survive.

– Respect and build women’s capacities. Avoid overburdening women, who already have a very heavy workload and many family responsibilities

Women, like men, have particular socially conditioned vulnerabilities and capacities; these have developed through the socialization process and, therefore, must be dealt with accordingly. Women are vulnerable not because they are “naturally weaker,” but because they face different conditions of vulnerability than men. Women often live in conditions of social exclusion, such as cultural limitations to mobilize outside their immediate environment; have less access to information to early warning systems in times of disasters, and to forecasts of climate variability; and have difficulties in participating in training processes. Women are also capable of bettering themselves and of becoming empowered or changed. Women are not passive; rather, they are active agents with different capacities to respond to the challenges posed by climate change.

Some pragmatic solutions are already showing up around the world. This can be considered a positive augury-

– In Gujarat, India, the Self Employed Women’s Association launched a campaign in 1995 to improve the local water supply systems and reduce how much time women spent gathering water. The association eventually gained the locals’ trust, by having female technicians work on the systems and holding community meetings.

– In Bolivia’s high-altitude plains, traditional specialist farmers, called yapuchiri, train others on how to observe plants and animals to predict the weather in the coming year. Female yapuchiris contributed to the program by spreading their traditionally gendered knowledge of storing and timing the sowing of different seeds.

– In Nepal, for example, WOCAN gave women stoves that ran on biogas, which emit lower amounts of carbon dioxide than more commonly used wood-burning stoves. Less time gathering wood and tending the fires meant women had two additional hours each day to devote to other activities.

-In China, CIDA funded the Canada-China Cooperation Project in Cleaner Production, which took aim at emissions in the pulp and paper, fertilizer, plastics, and brewing industries. The project contained a specific component to increase the participation of women as workers, technicians, and managers. Women received training in process improvement, auditing practices, monitoring of equipment, computers, and other technical aspects of their work. At the same time, gender equality awareness sessions began to transform the attitudes of both men and women. Women not only applied the new clean-production techniques at work, they started taking initiatives on their own to help clean up the environment.

There is thus, plenty of evidence to show that involving women in sustainability planning can often serve a dual purpose of improving a community’s response to climate change and helping women improve their social status.