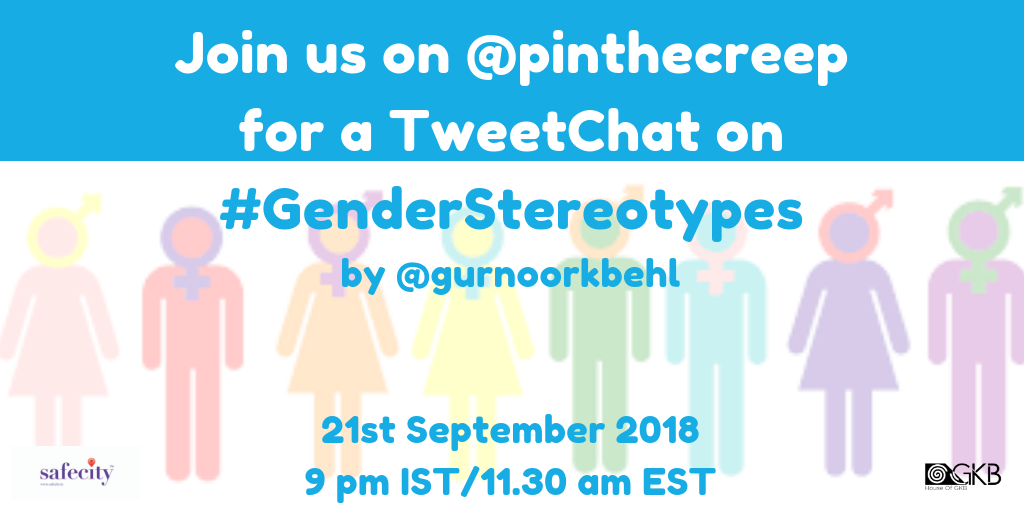 The chat began with Gurnoor sharing a chart of the prevalent gender stereotypes and the traits associated with each, questioning the audience whether they adhere to any of those stereotypes. She started off with the first question on why gender stereotyping still occurs in the 21st century and what are the many ways in which people of all genders get stereotyped in society. She then asked the audience for their opinion on whether gender-based violence is the result of non-adherence to gender stereotypes in society to which many agreed that GBV is mainly a power issue that comes into play when societal norms are nor observed. The discussion then went on to the importance of addressing and breaking gender-stereotypes in the era post the reading down of Section 377 which now decriminalised gay sex. She ended the chat by asking the audience for their views and suggestions on create safe spaces in society in which people of all genders can co-exist.

A tweetchat by Gurnoor!