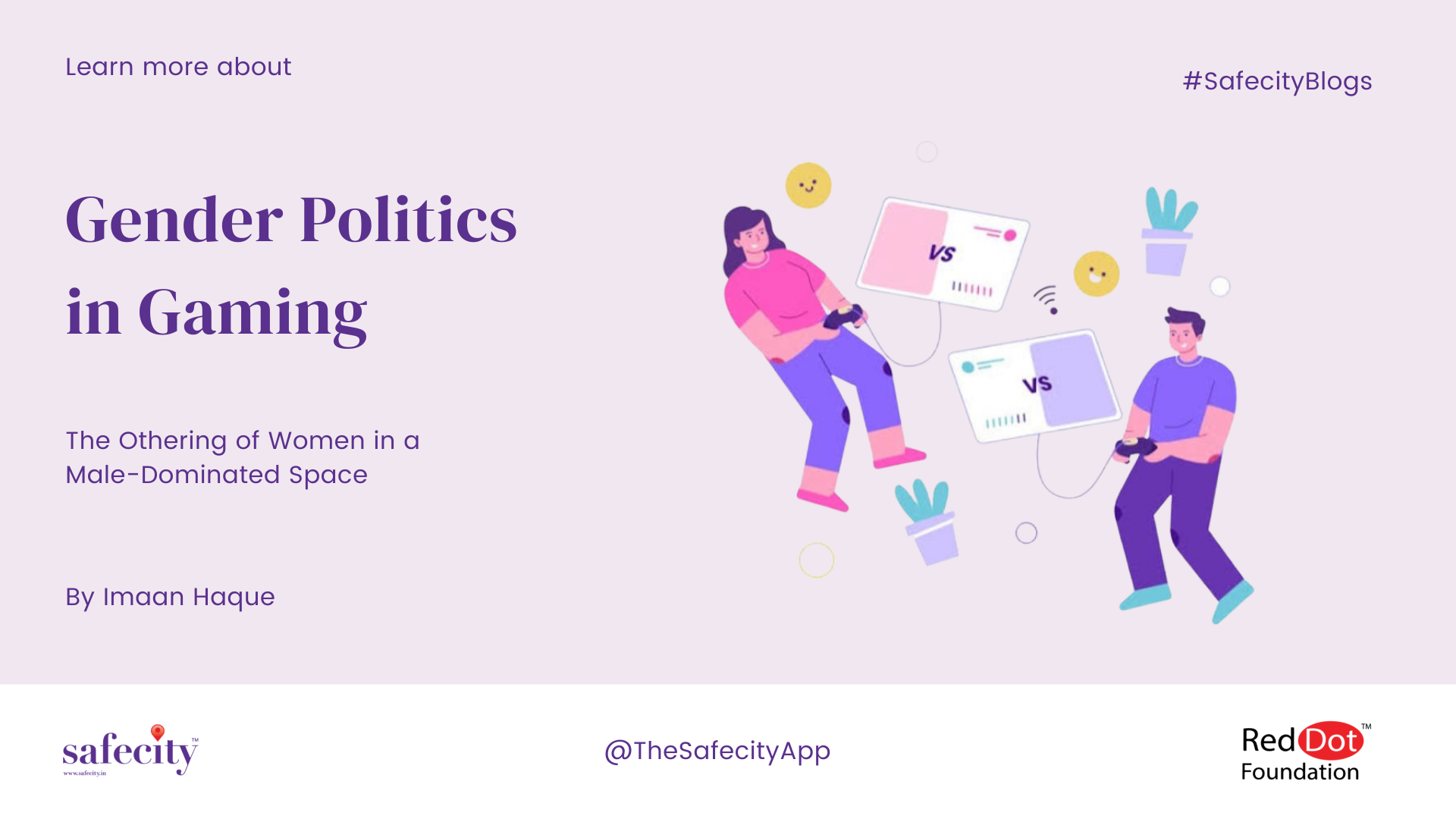 In recent years, the gaming industry has seen an exponential boom. Video games are becoming exceedingly popular, even more so with the release of free to play massively multiplayer online role-playing games (MMORPGs) and battle royale games for easily accessible platforms like mobiles, Switch and tablets. Gaming careers have become more commonplace as well, whether it be streaming or YouTube playthroughs. But where do misogyny and harassment come into play in the gaming world?

On the surface, it may come off as a subcultural issue — many would argue that games have in fact become more inclusive and that the market has sufficiently progressed to cater to its ever-evolving audience. While we may have come a long way from stereotyping games as a hobby meant only for boys, does that really reflect in the gaming community itself? Women are still very unwelcome in online gaming communities and are constantly reminded that they do not belong here.

Often, women participating in gaming are met with hostility. Whether it’s casual misogyny and heckling or sexually violent comments, women just can’t win. Over 65% of women who game face harassment of all sorts. Online game lobbies are filled with male players insulting women players with derogatory comments and deeply sexist insults. In a survey, more than half of all women participants said they mask their gender and make profiles as men to avoid receiving unsolicited nudes or a barrage of sexual and flirty messages from male players in their inboxes. Popular multiplayer online games like Call Of Duty, CS: GO, GTA: Online etc., host nearly the same number of women and male players. Yet, the male players target and discriminate against their counterparts, encouraged by the anonymity provided to them. Women who game are constantly discouraged from playing multiplayer or co-op due to the endless harassment and are frequently forced to keep their microphones perpetually muted in multiplayer games to even continue playing.

Additionally, gross misrepresentation and underrepresentation of women (especially in gaming titles marketed towards men, i.e., first-person shooters (FPS) or strategy-oriented games) are rampant. These problems are so entrenched that when AAA (games released by major publishers) titles do incorporate realistic character models of women, the games are met with backlash from male audiences for making characters look ‘unappealing’ and ‘manly’. To make matters worse, gaming markets like Steam host a number of adult-only games with pornographic content containing hypersexualised character models and highly misogynist undertones.

Delving further into these issues brings up several other problems: the vast majority of mainstream, big-name players and creators of video game content are Caucasian and male. These players are rivalled in popularity only by Asian gaming content creators – owing to Asia making up nearly half of the gaming market. Nevertheless, this does not extend to countries like India, which features nowhere on the top ten list of countries that contribute most to the gaming industry in terms of revenue. Women make up only 18% of all gamers in India. This statistic pales in comparison to other countries – women in East and Southeast Asia make up nearly 40-50% of gamers.

This discrepancy extends to roles behind the scenes as well. Women make up only 24% of the gaming industry, whether it be high-ranking executive positions or otherwise. All across the board, the imbalance between genders is startling.

Notwithstanding these numbers, the opportunities for inclusivity, both, in-game and in the development of games marketed towards women are vast and unexplored. Not only can the medium of interactive storytelling be employed to portray unforgettable messages and stories, but immersive, plot-driven games can be exercised as a tool to spread awareness. Game developers are already utilizing this on varying levels – even in India. Missing Link Projects, a game publishing company, has released two mobile games that tell the stories of young girls who are victims of sex trafficking. The company is a part of the Save Missing Girls project and is now publishing a full scale crowdfunded game, Missing: The Complete Saga, after their apps garnered praise and rave reviews from all over the globe. Another award-winning interactive game Tell Me Why by established French studio DONTNOD features a trans person and his story.

Much like movies and books, games hold the power to influence and empower via storytelling. Video games with diverse protagonists, realistic character design and strong, inclusive storylines hold the power to tilt the scales and help more people claim gaming spaces without the fear of harassment. The lack of social support and hostile reactions when interacting with other players leads to isolation, psychological stress, and anxiety. Most importantly, research into gaming has to be more women-centric and the inputs of all consumers in the gaming industry taken seriously. Stringent measures need to be put in place to discourage male players from harassment and stalking. In-game reports need to be acted upon, and there has to be a safe space for women to talk about their experiences in online games and forums – something that should have been implemented long ago.

About the author: Imaan Haque is a Muslim, feminist writer surviving solely on a diet of books, movies & affection from cats. An avid gamer for nearly a decade, she hopes to be a part of the industry someday.