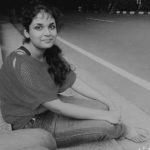 Gender-Based Violence- Can it be justified?

Gender based violence, including rape, has been taking place for centuries in different countries and different cultures, but the ever-increasing rates of these crimes can make a woman tremble at the thought of stepping out her door. In a 2012 research held by the UNICEF, it was concluded that about 57% of Indian boys and 53% of Indian girls felt it justified for a man to beat his wife. And astonishingly, they were between the age of 15 to 19 years. Ambiguous preventive suggestions like – women need to get married at an early age, they need to wear proper clothes etcetera only bring out the innate misogynistic thinking in society. There is one question that is still left unanswered- if it were really the clothes that provoked men to rape women, then why didn’t similar incidents take place during festive occasions elsewhere in the world? The recent comment made by the Chief Minister of Karnataka disheartened many women across the country. Does this mean that women should not step out of their homes during events and occasions? Are men incapable of controlling or desisting from their sexual desires that make them assault or harass women? India holds a shameful 28% of sexual assault compared to the other countries. While these are the statistics of cases which have been reported it’s hard to image the number of incidents that actually take place and go unreported. According to UNICEF, most sexual abuse happens at a very young age. Over 42% of married women have experienced spousal violence.  If we go in depth into the data from the National Crime Records  Bureau (NCRB), the state of Uttar Pradesh has recorded 34,546 crimes against women alone. The highest is the state of Maharashtra in the year 2015, where 11,713 cases of outraging the modesty of a woman were recorded.

It is sad when people align themselves with politicians and swamis that on account of their gift for the gab rather than stand by our educated women who are more rational and practical. We are prejudiced and blindfolded by our one-sided thinking. Flash mobs are of no use, protestations go unheard and justice gets delayed. Even today, the change we ask for is superficial. Change has become just a conceptual word that is read in books and written in essays. We patronise our Bollywood heroines and praise them as if they were goddesses but, every time, I wonder why? Do they dress up the same ways goddesses do? The answer is simple. No! They do not wear saris with the loose end of it over their head, shying away, subservient to every man’s needs. On the contrary, they are rather audacious, contradicting all the statements made by every misogynist on his views of how a woman needs to be like. They set an example on how an independent and literate woman is. They, too, condemned the mass molestation in Bangalore not just because they are women but because it was wrong. Many cases of gender-based violence are hushed or swept under the carpet, victims and survivors are forced to take back their statement due to societal pressures. Ultimately, zipping the mouth of the victim with a few wads of money aids in hiding the accused from being answerable to his/her actions.

Rehabilitation centres are a far cry for either the victims or the accused. Stringent punishments must and should be laid down with severe penalties. It might increase fear in a criminal’s mind and stop them from committing such crimes and deter “masochistic” and “patriarchal” misogynists from being supportive to such heinous criminals. Tribunals for addressing such claims should be set-up as there is a dire need for speedy trials before the criminals can escape without facing the punishment for the act he/ she has committed.

The gender-based violence faced by women, especially in India, has developed into a much worse situation than imagined. It debilitates half the population from progressing and growing while they live in fear. To prevent it, not only does the country need the support of the public protesting against gender-based violence, but also the bureaucrats, who still have a prejudiced opinion of women and their lifestyles. We are a developing country and we still need to strive to create a better place offering welfare for both men and women equivalently. We should not reach to a situation where women outside their doorstep is a crime in itself!