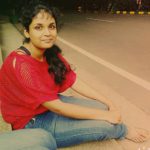 Keerthana Gedela is a  second year student doing law in DSNLU. She loves all kinds of stuff ranging from music to basketball. She is a  foodie and aims to set a mark for herself in this world.

The article gives the reader a brief outline of the persisting problems hindering the education of women and girls in India. Though with a will to get educated, girls do not have the proper means to succeed in their endeavour. Though the law provides for free education,the results procured have shown that it has failed in its attempt to educate the female genders in India. Why is that, is a question reflecting the purpose of writing this article. What are the consequences of a girl child getting or not getting educated is a continuing part of the article which gives the reader a wider perspective about how a simple instrument like education can empower women and girls, not only in India, but all around the world.

The writer also gives real life examples to help the reader understand the psychological distress girls and women go through when they aren’t allowed to exercise their basic rights, one of which is education. The reader is also informed about various programmes implemented to empower women and girls through education.

Education and the power it possesses to create change

The Indian Constitution provides for education from 6 to 14 years of age. Boys who excel in their studies are given incentives to further their education, which would in turn, bring them a good bride. But we hardly find girls receiving the same incentives. Some are made to sit at home and learn all the household chores. Though this may sound like a monotonous 60’s story, but it still continues in sub-urban and rural areas of India. A woman, though a working one, needs to complete her chores before leaving for work and has to face the same beat after returning from work. If questioned they would say that it looks “awkward” for a guy to do all that. And ironically many women support it. What is the connection with education and household chores when it comes to women and why does no one try to link the same with men? I really wonder why.  Financial sorrows pop up when it comes to girl’s education immediately. But unlike girls, boys are made to complete their education and pursue their jobs. It doesn’t work the same with girls. It may seem unbelievable. Here’s a poignant story of a girl named Mubeena from Rajasthan, who graduated from her intermediate, said, “My father passed away almost 10 years ago. We were facing financial problems and relatives were forcing me to get married. Everything was mixed up. For a few years, I was imprisoned inside my own house.”  Due to this lack of support and many other factors Mubeena couldn’t land a job equivalent to her education. She speaks not only for herself but for all the girls who are facing circumstances similar to hers.

Mubeena says, “ Education has made me see things differently. Earlier I thought girls were supposed to stay inside the house, get married and serve their husbands. But now, I have realised how important it is for girls to be educated.” Girls and women like Mubeena aren’t always lucky enough to support and motivate themselves to complete their education. Out there, they are still fighting for their freedom and fundamental right to get educated. But unfortunately, for girls now, education is still just an opportunity that strikes a blessed one and not a right that can be exercised by all.

Education is a powerful tool which can bring a vast change in economic, political and social spheres. Some of them  are the abolition of child marriages as a whole, letting women avail of employment opportunities which are mostly dominated by men, ending social evils like dowry and marital rapes, reducing the male hegemony, helping women live independently etc.

So, if education has the potential to make vast differences, what are the reasons for its failure to reach out to girls? Considering all the socio-economic factors, some of them are discouraging attitudes from parents and the community in letting a girl pursue her education, the prevalence of child marriages and unlawful superstitions, high rates of dependency of women and that they still entrust their lives upon men to survive, high enrolment and double high drop outs among girls and inadequacy of income in availing higher grade of education. Labour being the quick source of earning money, girls and women of a larger milieu prefer to work as daily labourers.

Programmes to empower women through education

I recently read a news article in which India has presented a “Development Impact Bond” which is the first of its kind that provides an upfront funding from private investors, who work as donors through investing on education for marginalised girls in the marginalised districts of Rajasthan. One would ask why a pecuniary minded investor would invest on something such as that. Here is the answer for you-

UBS Optimus Foundation is a grant making foundation belonging to the Swiss Bank which invested an undisclosed amount to one of the programs run by a charitable institution called as Educate Girls located in the rural districts of Rajasthan. The investment was done for three years. After three years, that is by the end of its term, this Foundation received the funds of whatever it had invested with interest of about 15 per cent, which ranges up to the child’s learning targets. If they are met, they receive a higher per cent of interest. If they are not met totally, then they would receive a lower interest. This is how the system works. Kate Hampton, the Chief Executive at Children’s Investment Fund Foundation, explained that this model was made exclusively to improve the quality of education for all girls in Rajasthan.

Though the model works really well, one needs to consider the social factors. After 13 years of enacting the Right to Education Act, 2009, the dropout rate has only doubled in case of girls than the enrolment rate. Though India provides for a free education up till 14 years, the literacy rates are in their lowest levels while ironically the enrolments rates are high. Which only brings us to one conclusion – i.e. drop-outs.

A country like India, which is struggling to educate its girls, should try making legislation barring drop outs rather than amend the already existing legislation to improve enrolment. Educating a girl child means a stop to many problems which India is still trying to evade. Some of the devastating problems are child marriage, sexual discrimination, inequality of employment, and divorce. Education is the only route that promises a better future for girl child. It helps her learn to be self-sufficient and independent, which is a quality that is absent among the present girls living in areas similar to the rural districts of Rajasthan.

Girls are going through tough times due to inadequacy of education. India, being the country with the second highest population in the world with both men and women, needs to find ways to tackle situations that cannot be tackled merely by passing a legislation. It is a country which cannot change by an overnight legislation but needs a compelling force to implement it.