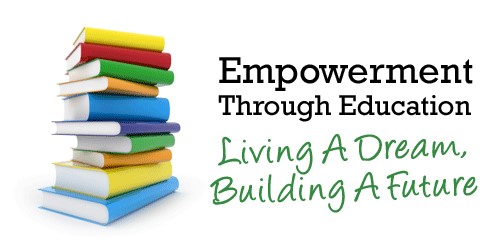 Education -A Powerful Tool for Development.

It is often said that education holds a magnificent place in an individual’s life. A person with proper education has better understanding of things happening around him/her and is better able to face challenges in all walks of life. An educated mind is the one which rules the world. Education in layman’s language is restricted to receiving marks or having a degree which is necessary to earn money for a living. But education isn’t just restrict to just that much. There are schools and colleges developed as a part of educational institutions where knowledge is imparted to students. Here, education is one which provides a platform for healthy growth of knowledge, skills, talents and for overall development of personality of an individual.

In ancient times, girls and women were deprived of receiving an education because they were married off at an early age. Giving her an education was considered a burden to the family as dowry was also practised when she was to get married. Poor families who could not afford to send their children to school made their children work from an early age in hazardous industries which was extremely unhealthy and dangerous for their life. Child labour is now illegal. They say the pen is mightier than a sword which clearly states that education is a weapon more powerful than others. An educated person can live a respectful and dignified life and can impart moral and social values by sharing their knowledge with others. Article21 – A of the Indian Constitution speaks about the basic Right to Education.

Savitribai Phule was one such woman who fought to educate the women and girls in her time and kick-started the process of education. In the present era, women are as adept, qualified, educated and able as men are. A woman is today no longer dependent on others but independent due to education and has earned herself a respectful position. Today the thought of male dominance needs to be transformed and equality needs to prevail in all walks of life. The word education itself states

Thus, along with the changing scenario women too should be educated and receive an equal footing with men. There are numerous crimes that occur predominantly against women like sexual violence, rape, molestation, human trafficking, acid attacks, etc. The news, everyday, flashes with stories of domestic abuse, sexual violence, rapes, discrimination on the basis of gender where a woman in society is not valued, is objectified and is always blamed for whatever happens. Women haven’t received justice and this needs to change. An idea of development starts with the ideals of equality, unity, togetherness, growth, in order to attain prosperity. Education helps to remove illiteracy, unemployment, poverty, and unnecessary evils which obstruct the development process. Education in one’s life can help improve the standard of living. Various programmes have been conducted in order to spread awareness about the rights of women, their legal rights, the importance of a girl child, the need to educate a woman and empower her to move ahead in all walks of life. An educated, aware and literate country can fasten the process of development and progress in all walks of life and help it transform from a developing one to a developed one.