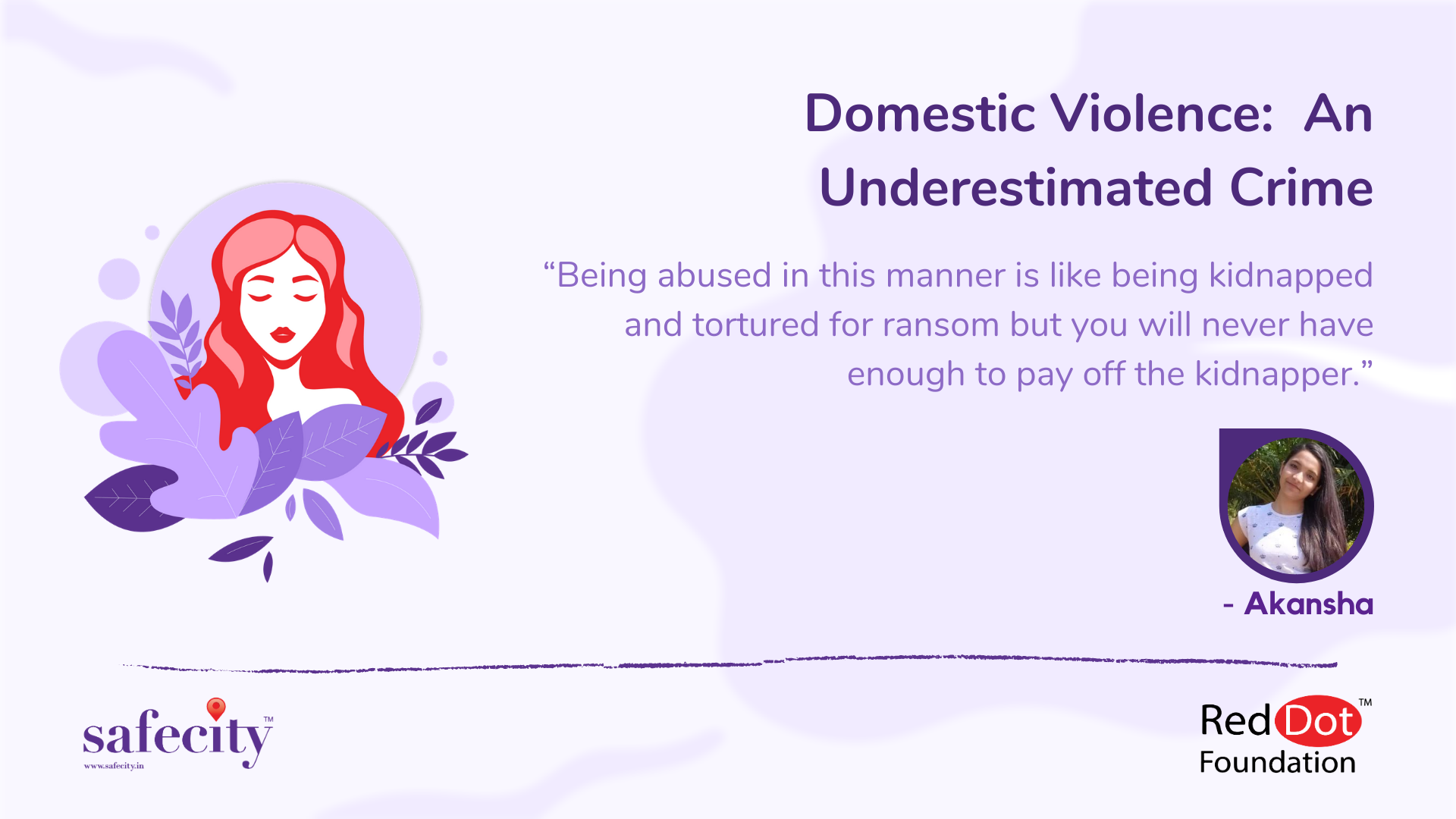 Domestic violence is not simply an argument. It is a pattern of coercive control that one person exercises over another. Domestic violence against women is an age-old occurence. As women have been considered weak, and vulnerable, domestic violence is something that has been accepted to happen to them. “Being abused in this manner is like being kidnapped and tortured for ransom but you will never have enough to pay off the kidnapper.”

The gender imbalance in domestic violence is partly related to differences in physical strength and size. In societies with the patriarchal power structure and rigid gender roles, women are always considered as less important. It fills my heart with grief to write that even in this modern era, many husbands think thrashing their wives is their inherent right. Abusers use physical and sexual violence, threats, and emotional insults as a way to dominate their victim and get things done their way. Most of the time, perpetrators of this violence have been husbands. 31 percent of married women have experienced physical, sexual, or emotional violence by their spouses, but their helplessness in preventing such violence isn’t the only worrying factor. Women in India are surprisingly supportive of domestic violence.

The form of sexual violence most commonly reported by most women was that their husbands used physical force to have sexual intercourse when they refused to do so. Husbands and wives being out of the purview of rape laws enable men to ‘prey’ on their wives within the security of their houses.

Domestic violence does not just affect a woman physically or sexually; it causes a great damage to her psychological well being. According to WHO, higher reproductive morbidity is seen amongst women who are experiencing/have experienced domestic violence.

The Protection of Women from Domestic Violence Act, 2005 says that any act, conduct, omission or commission that harms or injures or has the potential to harm or injure will be considered as domestic violence by the law. It’s very astonishing to see women bear all these cruel things due to the pressures of society or as an attempt to save their marriages.

In conclusion, I would like to say that “It is good to leave a mark in someone’s life but one should make sure that it’s not a scar.”

The views are that of the writer.

Breaking down patriarchy brick by brick.
Thanks for sharing your views on an hot topic like this, enjoyed reading.