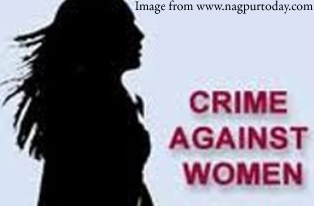 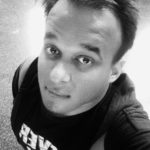 Sunny Moudgil is a 1st year BJMC student, living in Delhi. He is a feminist and believes that India can’t grow if women are not given freedom and safety. He loves talking to people from other regions as it helps him get to know their culture. His hobbies are – writing, singing and photography. He has two blogs, one on general thoughts and another for his professional writing.

They say, “Women are goddesses and they should be respected.”

“Women are instrumental in making men successful in life.”

Where do these encouraging statements about women go when they suffer violence at the hands of men? Where do those saints go who praise women for their role in the achievements in the lives of men? Is the law & order implemented when these women suffer violence? Where does the word called “safety” go when women are harassed or abused?

Society can’t answer these questions today and maybe even a 100 years from now as it seems to avoid these questions. Society does one thing – criticise women for their clothing style, lifestyle and if they ever go out at night.

Can’t society punish men for their crimes against women in the form of rape, stalking, harassment, domestic violence, trafficking etc? What is the point of using statements like those mentioned in the beginning if society blames the women every time crimes occur? Here, the idiom ulta chor kotwal ko daante (the thief accuses the police/ the guilty accuse the innocent) is befitting. Every day, we see numerous cases of harassment, abuse, rape etc reported in newspapers the world over.

On a Wikipedia page, India has been characterised as one of the “countries with the lowest per capita rates of rape”. This is probably due to the lack of data and cases reported owing to societal stigma attached to rape.  Several rape cases in India received widespread media attention and triggered protests since the 2012 Delhi gang rape case- Nirbhaya. This led the Government of India to reform the sections on sexual assault and rape in the Indian Penal Code. Rape is the fourth most common crime against women in India. According to the National Crime Records Bureau 2013 annual report, 24,923 rape cases were reported across India in 2012. Out of these, 24,470 were committed by someone known to the victim (98% of the cases). Some research indicates that only 5-6% of rape cases in India are reported to the police.

These facts show that women don’t have enough safety in India. Whether it is staring or groping and commenting on a daily basis or the occurrence of horrendous gang-rapes like that in Delhi in 2012 and Mumbai in 2013, women are subjected to violence at the hands of men. Law and order hasn’t been able to minister speedy justice to victims and survivors. They cannot always be held accountable and there is a need for harsher laws against sexual violence.

Let us understand the situation of women in India through a case study:-

“Aruna Ramachandra Shanbaug was a Staff Nurse working in King Edward Memorial Hospital, Parel, Mumbai. In 1973 she was attacked by a sweeper, Sohanlal Bhartha Walmiki, in the hospital who wrapped a dog chain around her neck and yanked her back with it.

He tried to rape her but finding that she was menstruating, he sodomized her. To immobilize her during this act he twisted the chain around her neck. The next day a cleaner found her lying on the floor with blood all over in an unconscious condition. It is alleged that due to strangulation by the dog chain the supply of oxygen to the brain stopped and the brain got damaged. The neurologist in the hospital found that she suffered severe brain damage. She also had a brain stem contusion injury with associated cervical cord injury. The assault with the dog chain had cut off her oxygen supply leaving her partially blind and in a Permanent Vegetative State (p.v.s.). Jounalist Pinki Virani filed a petition as Aruna’s “next friend” to allow her to die in dignity by euthansia. She wasn’t allowed to die and Shanbaug died from pneumonia on 18 May 2015.

Her perpetrator was never tried for rape and sodomy and got off with a sentence of seven years for robbery and attempted murder. The hospital authorities never reported Aruna’s rape and reports say that her medical files were also missing from the hospital. Aruna Shanbaug was assaulted in 1973, when India had not even woken up to the realization that sexual assault at the workplace is a punishable offence and it is the duty of an employer to provide compensation in case of an assault and also provide a safe working environment for employees.”

There still remains a lot to be done in bringing justice to numerous victims and survivors of sexual harassment and violence. As a result of the protests post Nirbhaya, a judicial committee was set up to study and take public suggestions for the best ways to amend laws to provide quicker investigation and prosecution of sex offenders. After considering about 80,000 suggestions, the committee submitted a report which indicated that failures on the part of the government and police were the root cause behind crimes against women.

In 2013, the Criminal Law (Amendment) Ordinance, 2013 was promulgated by President Pranab Mukherjee, several new laws were passed, and six new fast-track courts were created to hear rape cases. The definition of rape was amended post Nirbhaya to include assault by insertion of anything and not just penile insertion. Critics argue that the legal system remains slow to hear and prosecute rape cases, but most agree that the 2012 case resulted in a tremendous increase in the public discussion of crimes against women and statistics show that there has been an improvement in the number of women willing to file a crime report.