Safecity Activities, Safecity Events
Comments are off for this post 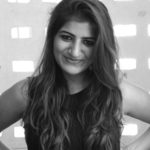 This picture perfectly sums up the quantum of happiness felt by each one of us at the end of the Character day.
Safecity celebrated character day with our wonderful Campus Ambassador and her team from Hansraj College.

We wanted to ensure that at the end of the event each one of us understood our character better being fully self-aware.

We began the day by screening a short video on Character Day which was followed by different activities. The first activity had dual objectives, one, to be aware and open about one’s own character and second, unifying these young minds into a team with a better understanding of each other’s character. In this activity, each one of us was required to list down five words which our character is made up of. Everyone started to dig deep for self-knowledge and understanding. Wonderful words were shared like compassion, pursuit of happiness and love which, though simple and common words, had a bigger different meaning for each of us. With every new word, everyone ended up discussing how it reminds them of something about themselves, taking inspiration from another’s character.

The second activity was filled with emotions where each one of us was asked to share about that one person they aspire to be like or the person who inspires them to be a better version of themselves. It was wonderful to see how inspiration plays a major role in making us who we are now or who we might become later in life.

The day was concluded with feedback and happy pictures and a mutual need to meet once more to discuss and share and have open dialogue. During the entire day we ensured that celebration reflected in all activities we had planned in both its essence and soul.