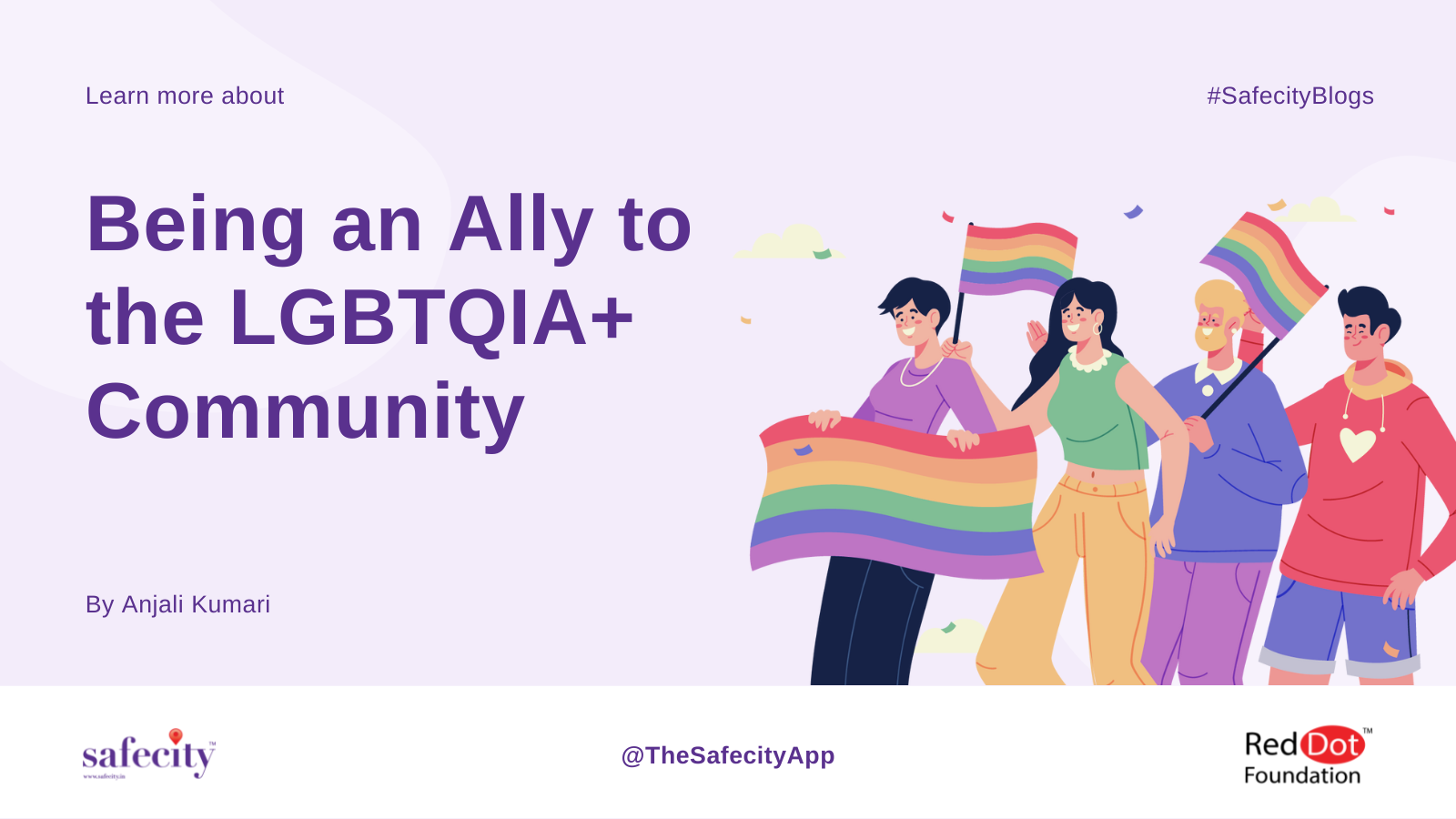 We are all aware of how we are assigned a sex at birth. But, it does not mean that we have to adhere to it, if it doesn’t come naturally. Millions of people around the globe are now able to be vocal about their identity. They are continuously spreading awareness about the LGBTQIA+ community by talking about their sexual orientations, gender identities and expressions.

There is a growing acceptance of the LGBTQIA+ community, but many others have different opinions of them. This is rooted in queerphobia and heterosexism. Queerphobia refers to the fear, hatred and mistrust of the community, whereas, heterosexism rejects the idea of having relationships outside compulsory heterosexuality. Due to this, people from the community are subjected to physical and mental distress. Due to societal conditioning and our ignorance, we could also add to their distress whilst interacting with them.

On account of the continued discrimination and prejudiced actions they face, we can step up and stand in solidarity with the queer community by being allies. An ally to the LGBTQIA+ community means someone who helps and stands alongside them. It does not entail just being a supportive person but involves putting that support into practice.

One might ask – what can we do as allies? For starters, we can ask about their pronouns before assuming. Many people prefer to avoid labels due to gender bias and stereotyping and to be gender inclusive, one can use they/them pronouns, which are gender-neutral. We must educate ourselves on the different pronouns used. If you have wrongly addressed them by any chance while talking to them, politely ask them for guidance but do not overapologise as doing so puts the burden of pacifying you on the queer person.

Reading about the history of LGBTQIA+ community can also help one understand. We can read about people from the community who came out as queer and about the challenges they faced – it will build compassion and empathy towards them.

Forming a club or community center around your home where you can invite people to talk about the LGBTQIA+ community can also help. You can organise interactive seminars and invite people who are working with the community or someone from the community for such informative sessions. Educating yourself and others is an important part of being an ally.

People from the LGBTQIA+ community have already been criticized by their family, prejudiced by their friends and society. It is possible that they can get exasperated because reliving trauma is not easy and sharing their stories involves investing emotional and intellectual labour. Try to understand what position they are in life, show your support in small ways, make them feel better about themselves and lift someone up! There are a plethora of examples and one of them is about how a parent understood their child who came out to him. There is no harm in admitting that “you are trying to learn.” One can take this as an opportunity to understand how far we have come as a society when it comes to queer rights and how far do we still have to go.

A book, The Second Sex (1949) by Simone de Beauvoir, argues that like our life’s meaning, gender is not predestined. The categories of gender and of sexuality is often seen as performative in the sense that features a cultural discourse that institutes as masculine or feminine, heterosexual or homosexual. Challenging these established norms around gender binary and compulsory heterosexuality disrupts our established social structures. This is what we need to break in order to be a better ally for the LGBTQIA+ community. We need to make people aware that this isn’t the 1970s, we are living in the 21st century. We must support people and create a safe space for them to share their true and authentic selves without the fear of being discriminated. There’s a long fight ahead and it’s time for allies to step up!