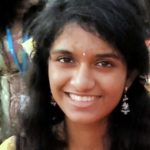 Krishnendu is 20-year-old law student intent on improving the justice-delivery system of the country. She believes that even the smallest unit of a society holds the power to profoundly transform a community. She enjoys spending time with children and getting to know the world from their perspective. In her free time, she’s most likely be found in the company of books, surfing online content or watching documentaries that unveil hard-hitting realities of life.

Are women safe in the hands of security forces?

It does not take an Einstein to figure out that reported incidents of violence against women are on increase in India. The progress on UN Sustainable Development Goal 5 is enumerated in the UN official website which states that according to the survey conducted between 2005 and 2015 most of the violence against women was perpetrated by an intimate partner. More importantly, the report also pointed out that “estimates on the risks of violence experienced by women with disabilities, women from ethnic minorities and among women above the age of 50 are not yet included, owing to data limitations.”

Violence against women is anti-development. While it is saddening to note the increase in such violence, it is even more heart wrenching to come across incidents of sexual assault on women by police and armed forces. Women from minority or disadvantaged community are the worst hit. This matter comes to light in the view of recent findings of National Human Rights Commission (NHRC) of India which put forth that 16 women were “prima facie victims of rape, sexual and physical assault by state police personnel in Chhattisgarh” in Bijapur district in October 2015.

In a press release it was stated that the matter was sou moto taken up by NHRC.  Most of the media reports at that time claimed that police officers had raped or sexually assaulted at least 40 women in five villages and destroyed and looted homes during the anti-Maoist operation. The Indian Express had reported that women alleged gang rape of at least two by Chhattisgarh Police personnel. The report also included the incident of a 14-year-old who was allegedly blindfolded and gang raped.

The actions taken by NHRC are appreciative since it has ordered immediate interim relief of monetary compensation to the victims along with the directions to the police to ensure that in case of victims who belong to SC/ST community, the related law should be invoked.

Many leading news agencies note that activists often accuse Indian security forces of committing gross human rights violations including extra-judicial killings, arson, and sexual assault in the conflict-torn region. In case of Adivasi communities residing in far flung areas, sexual abuse of women is easier as it goes unnoticed and unreported. It is also an effective weapon to curb resistance in conflict-regions.

Washington Post reported that, “In March 2011, the residents of Tarmetla, also in the state of Chhattisgarh, were driven from their homes by heavily armed police and paramilitary soldiers who believed militants were being harboured there. An inquiry by India’s Central Bureau of Investigation found that the police had burned the village, killing people and sexually assaulting women as they went.”

The horrors of Bangalore mass molestation are also fresh in our minds. One is forced to rethink her/his ideas about society when the lawmakers themselves make statements like ‘such things happen’ when asked about safety of women.

Thinking about the Kunan-Pushpora rape of 1991 in which Indian army soldiers allegedly raped between 23 and 100 women during a search operation, it comes to my mind that even after 25 years, the mentality of people has hardly changed. During that time the army denied the accusations and no one was prosecuted for the alleged crimes. But in 2013 a group of 50 women petitioned Supreme Court to reopen the investigations.

When the issue of rape of women by security forces in Kashmir was raised by Kanhaiya Kumar during Women’s Day, the Bharatiya Janata Party Yuva Morcha (the youth wing of the BJP) filed a complaint against Kumar for uttering “poisonous words against the Indian army.”

Denial is not the answer to any question. If such serious allegations of grave violation of human rights of women have been made, an honest inquiry needs to be conducted. The notion of great many that security officers are infallible also needs reconsideration. Further, international organizations should also carry out in-depth study on allegations of such abuse against women. Human Rights are universal rights inherent in any individual by birth. Strong and active efforts to enforce basic human rights of women need to be taken.