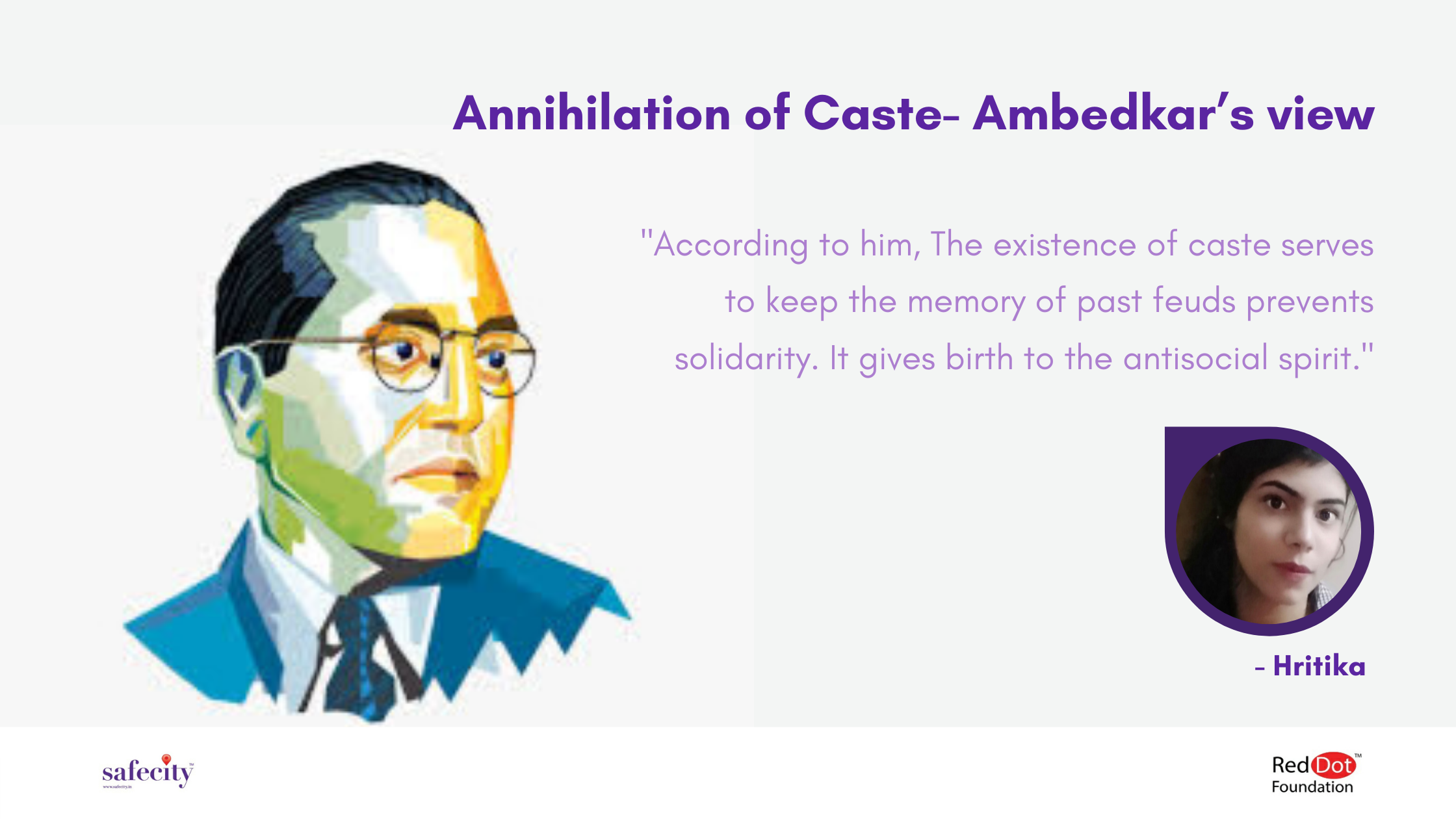 According to Dr. Bheem Rao Ambedkar, caste has turned out to be counter-productive for the Hindu Society. In his speech “Annihilation of Caste”, Ambedkar enlists various pointers that justify this statement. He says that in our country, caste is not just a division of labour, it is a division of labourers. It is a hierarchy in which the divisions of labourers are graded one above the other. Caste System does not allow Hindus to take to occupations where they are wanted if they do not belong to them by heredity. Due to this, caste becomes a direct cause of much of the unemployment we see in the country. It is a mockery of what is called an ideal society.

According to him, The existence of caste serves to keep the memory of past feuds prevents solidarity. It gives birth to the antisocial spirit.