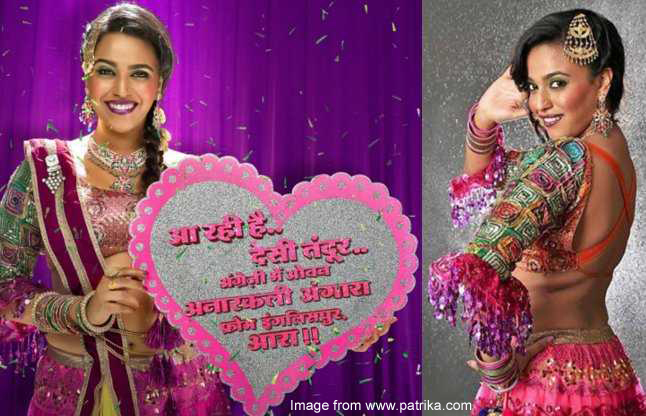 Safecity is reviewing films that are stepping out to highlight the innate gender roles, discrimination, stereotypes, sexual harassment, misogyny and sexism which have been an ingrained part of cinema for a long time through our blog series “Feminism in Reel Life” authored by Ishmeet Nagpal.

Anarkali of Ara is more than a story of triumph of a woman. It is a mirror to the harsh circumstances all women face in our society. In a very disturbing chase sequence where Anarkali runs through a crowded marketplace with goons following her, what really hurt was the apathy of bystanders. Even though Anarkali of Ara is a fictionalised account, it still rings true to real life incidences many of us might have not just witnessed but also been a victim of. We wonder if more good people like Hiraman exist,  who would help someone out of the goodness of their heart without expecting any returns in terms of money, love or sex; who would intervene in potentially dangerous situations, situations which might start as a slight discomfort, but can escalate quickly. If good Samaritans intervene even before there is actual harm done, wouldn’t a lot of harassment be avoided?

Redressal systems are very much in place in this country but a large chunk of the people who are supposed to ascertain just procedure of redressal, are either lazy or corrupt or plain insensitive to the victims and their situation. Over the years we all, as silent bystanders or easily intimidated citizens, have added to the problem by turning a blind eye and deaf ear to the misuse of power by these government appointed officials. We need citizens who are not just informed, but also partake in active citizenship to answer and stand up to such misuse of authority, power and legislation. If we want justice we need more people like Hiraman and stronger voices as those of the protagonist to refuse being cajoled by threats and a failing system.

As we watch Anarkali of Ara, we wonder if the objectification of a woman’s body has in fact dehumanised her. The stares of her neighbors or the lecherous looks directed towards her, are discomfitingly similar to experiences we might have had while walking the streets in our own towns, cities and villages. At the end of the movie, she owns her sexuality and power as she struts through the village streets swaying her hips as she chooses. Wouldn’t we like to saunter carefree in the streets like Anarkali? We hope that it won’t just remain a Utopian dream. It is our responsibility to make this world safe for our own, and the coming generation; and this safety applies to all, regardless of their social or moral perceptions, their profession, their place of residence, or their lifestyle choices.

The conversation of consent started by Pink has been escalated to another level by telling the story of an unruly rural environment as opposed to supposedly safe urban environment. It also makes us understand that the dynamics of women’s safety are drastically different in context to the social make up; and makes this point crystal clear “No matter who a woman is- a sex worker, a dancer, or a wife, every woman has an unequivocal right to her own body”.