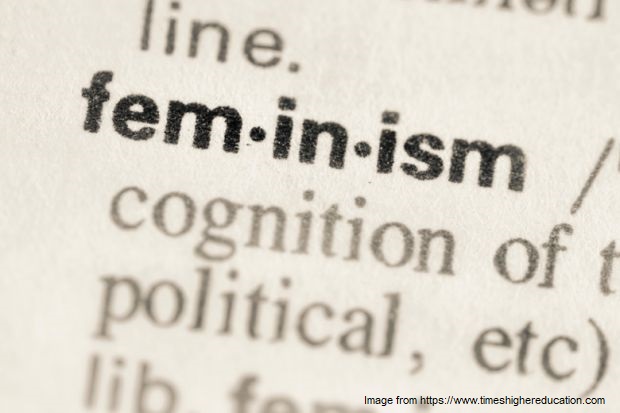 This story is reposted from The Story Exchange.

The Story Exchange is a global non-profit video project and website. They are looking for stories of women entrepreneurs in India. Please submit your story here (https://survey.qualtrics.com/SE/?SID=SV_80JkrPxo12NsqXz) and it will appear on their site.

I had a huge fight with my brother today. When I say fight, I mean heated exchange of words. I even cursed him, which didn’t help matters the least bit. The funny thing is, we always fight on socio-political issues – right wing versus left wing, who is worse – bureaucrats or politicians, and we are well aware of each other’s positions, which haven’t changed much over the years. In these many discussions over the past decade, I have never really been riled up enough to actually attack him personally and be nasty to him. I called my brother a misogynist ass. This could not be further from the truth. There are very few men I know who I can say are truly feminist. My brother clearly falls in that category – by thought and more importantly, by action. Obviously he was very hurt and annoyed with my comment.

I spent the last few hours analyzing where all this anger came from. It was clearly disproportionate to the argument at the time and totally misdirected. I think it came from the fact that too often feminists are put down as being too aggressive. Feminist equals a man hater. Gender is a soft issue.

My survival is dependent on my rebellion.

Education/corruption/law reform/ police reform is more important than women’s equality. Women have issues for no reason. The mantra for the self-proclaimed liberal minded is “yeah, no one denies it’s important, but just not that important”. So much so, that as opposed to other haters – terrorists, racists, casteists [those who discriminate on the grounds of caste.] – a large number of people wouldn’t even know what misogynist means, forget it being an insult. It’s about feeling dismissed by the patriarchal society. It’s not getting heard in the personal and professional space. Its always having to prove one’s worth as a woman. It comes from being told your unequal place in the world repeatedly from the media, cops, judges, lawyers, businessmen, artists, and architects. It comes from getting this messaging reinforced by religion, culture, tradition, language, mass media, literature, and philosophy. It comes from feeling dismissed ALL the time. And it comes from being dismissed about being dismissed. No, I am sure he didn’t mean to be sexist, don’t be so sensitive, don’t read too much into it, don’t get so affected, what else did you expect… and it goes on!

I consider myself a rational person. I have spent the last decade working on women’s livelihood issues, and have put everything I have into it – financially, emotionally, physically, intellectually, and all of this with a lot of passion and zeal. I am single and have been living, traveling and managing on my own for the past decade and a half. I am pragmatic and recognize the patriarchal social context that I live and work in. I know that to evoke respect for a woman in India she must be a “maa” (mother), or a “behen” (sister). I understand the larger societal mindset, and have, over the years, honed my skills in being effective as a woman in this context. I take a man with me when a male presence is required to balance an equation. I can keep my surface cool while suffering a sexist dimwit because I need to keep my eye on the ball. Therefore, I pick my battles for the sake of the war and the every day “don’ts” and the omnipresent judgment does not bother me. Or I thought so!

Like all independent and liberal women, I have created systems where I can navigate the daily threat. Over the past decade, I have gone from being a rebellious twenty something who refused to accept a different reality, to being “practical”. I have stopped punctuating with “why”. This was not by choice. This wasn’t acceptance. This was survival.

I was wrong. My survival is dependent on my rebellion.

For the longest time, the issue of security of women in India, my utter frustration with it and how no one seems to want to do anything about it, especially women, has been my constant rant to anyone and everyone who would be patient/kind/interested enough to listen. Post December 16, for the first time everyone (I use everyone loosely) is listening and talking about it. I can feel the frustration of women bubble up to the surface. I don’t know why it takes a brutal gang rape (not the first by any means) to finally get people to wake up about the treatment of women in India. But it’s also heartening to see women and men talk about it with seriousness, it’s awesome to hear women shout out loud, it’s inspiring to see them take initiative and shut down misogynist pop stars. There is this faint glimmer of hope of a better future for my darling nieces and nephews. I want to cling to this hope and do everything in my power to keep the fire going.

But I am not blind. I can see the political establishment dead. The discourse is already shifting from substance to symbolism. History tells us that our society has a short-term memory and our movements perish without much impact. I can see the media glare dimming and can see them salivating at the next story. I can see my facebook feed change from articles based on women issues to vacation photographs. I don’t see any industry or establishment make any substantial moves – be it Bollywood or the corporate world. While the initial reactions and the movement instilled hope and faith in me, the subsequent dwindling of focus fills me with sorrow as I already see the approaching death of this movement.

So, to my dear brother who I love and respect very much, the anger and the frustration were not directed at you. I know you are a wonderful feminist. It was directed at your cynicism. It was directed at you not escalating this change to the top of your “better world” wish list. It announced the death of a movement that I want to cling to. I know our realities are different but I appeal to all, men and women equally – please don’t be cynical, please have hope, please continue to let this remain a part of your active imagination, please protest with passion, please keep working hard to balance this world. Please do this for the women of this world, please promise me that you will try everyday.

Gauri Singh is founder of The Maids’ Company, a social enterprise in the housekeeping sector promoting equality. After we interviewed Singh for our article The Harsh Realities for India’s Working Women, she sent us a letter to her brother following a heated argument they had in the wake of the gang rape and death of a 23-year-old student. It offers insights into the complicated nature of gender in India and is a passionate plea for hope.