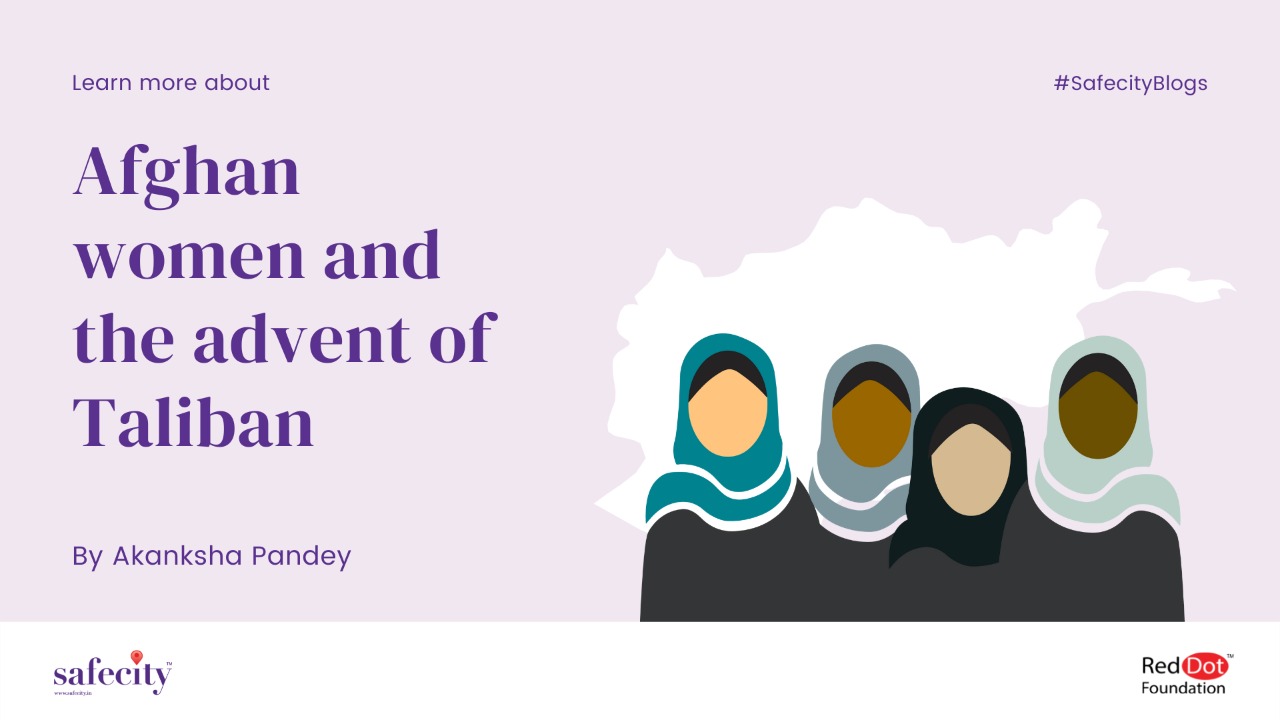 “One could not count the moons that shimmer on her roof, or the thousand splendid suns that hide behind her walls.” Afghan-American novelist Khaled Hosseini’s poignant ode to the conflict-ravaged nation, translated from Saib-e-Tabrizi’s seventeenth-century poem entitled “Kabul”, cannot be more resoundingly pertinent than in dismal times like these as Afghanistan grapples with a burgeoning humanitarian crisis. The death knell for an Afghan Republic has been rung with the Islamist terror organization Taliban’s ascension to power amidst an egregiously executed troop withdrawal by the U.S.A.

The Taliban regime was last incumbent between 1996 and 2001 before being decisively toppled by the U.S. led invasion in the aftermath of the 9/11 catastrophe. It was also notoriously infamous for its draconian repression of civil liberties and blatantly misogynistic regulations inspired by a fundamentalist interpretation of the Sharia law.

Media reports attest that the period was unbearably nightmarish for women as it witnessed the abrogation of some of the most progressive laws enacted through the constitutional history of Afghanistan to address the scourge of gender inequality in the country. Women were prohibited from attending schools, working outside, speaking in public and even leaving their homes unless chaperoned by a male guardian. They were also mandatorily required to don the burqa, an all-encompassing veil while stepping out.  Television and most musical instruments were banned as the Taliban inaugurated a department for the promotion of virtue and prevention of vice modelled on the Saudi framework. Flogging, amputations and public execution of purported violators were rampant, as were human trafficking and sex slavery. The setback was tremendous, deduced from the fact that in 2001, no girls attended formal schools in Afghanistan and there were roughly one million boys enrolled.

Unfortunately, Afghan women have had to bear the brunt of the interminable political turbulence that has historically characterized the region, with their predicament particularly worsening as the Mujahid resistance amplified against the Soviet invasion and the ensuing civil war amongst various terror factions contesting for hegemony heightened, that literally reduced its cities to rubble and imposed unprecedented economic hardships. Also, Afghanistan, inhabited as it is by a medley of tribes fraught with internecine rivalries, has traditionally been an immensely conservative society with a substantial proportion of its populace (nearly 78%, according to World Bank data) living in rural areas that continued to remain the ideological bastions of these chauvinistic warlords even after the Taliban were militarily trounced. In the absence of an effective central government, women’s rights continued to be severely curtailed.

However, despite the deeply entrenched patriarchy manifesting in a disconcerting prevalence of gender-based violence (with a WHO report published in 2015 demonstrating that almost 90% of women in Afghanistan have experienced at least one form of domestic violence), the post-2001 invasion period witnessed staggered but noticeable advancement in the realm of gender parity. The country’s 2004 constitution stipulates specific provisions for the upliftment of women’s stature via devolving relevant quotas and rights to them. It saw the establishment of The American University of Afghanistan, the country’s first private, not-for-profit institution of higher education, the reinstatement of universal suffrage and an enlarged participation of women in public affairs primarily in urban regions. According to the World Bank, by 2012 there were 7.8 million pupils attending schools, including about 2.9 million girls. A survey by the Central Statistics Organization (CSO) in 2009 found that the employment of women by governmental authorities outpaced the rate at which men were being inducted with more than a quarter of parliament and government employees being women. The adult female literacy rate increased to 29.8%  while the maternal mortality rate declined significantly from 1,600 deaths per 1,00,000 live births in 2002 to 638 deaths per 1,00,000 live births in 2017.

But now that the Taliban are back at the helm after an interregnum of nearly two decades and visibly emboldened by their triumph over the Afghan National Security Forces, women can’t help but dread the pandora’s box of woes that the regime might soon unleash for them. As people scramble to get evacuated by the retreating foreign troops, they are compelled to speculate the magnitude at which history might be repeated. This lingering terror in the Afghan psyche is a testament to the brutality that the Taliban are capable of perpetrating.

A while ago, players from the Afghanistan women’s national soccer team were evacuated on a flight from Kabul; the team had been constituted in 2007 as a stubborn resistance to the patriarchally conditioned Afghan social credos. They were also advised to eliminate their social media presence altogether for fear of reprisals. Women in some provinces were asked not to leave their homes without a male relative escorting them and denied access to universities as reported by local media with the Taliban spokesperson Zabihullah Mujahid asking working women in Afghanistan to stay at home “until adequate provisions are instituted to ensure their safety since their security forces were presently not trained enough to deal with women.” Female journalists particularly have been at the receiving end of the totalitarian regime with the recent case of a prominent journalist Shabnam Dawran debarred from entering her office because “the regime had changed.”

As the Taliban swept across the country, reports started emerging of women in the captured territories being forcibly married to the insurgents and commanded to cook food for the militants. In the Yawan district on the Afghan -Tajikistan border, girls beyond sixth grade were proscribed from attending schools. Distressing reports of female bank employees being summarily dismissed from work, as armed Taliban fighters barged into the offices, also surfaced from Kandahar. Meanwhile, in the province of Herat, houses of female parliamentarians were ransacked and their cars confiscated. United Nations Secretary-General Antonio Gueterres said that his organization was receiving “chilling reports of severe restrictions on human rights.” A UN report in July stated that the number of women and girls killed and injured in the first six months of 2021 has exponentially increased from the same period last year.

However, the Taliban are vocally striving to exhibit themselves as a relatively moderate version of their predecessors in an attempt to galvanize international acknowledgement of their legitimacy. Howsoever disparate their protestations of innocence may be from the developments on the ground, the higher echelons of Taliban assert that no prejudice against women will be propagated and that they would have rights to education, health and employment “in consonance with Sharia.” Interestingly enough, Sharia is subject to clerical and political interpretations and the fact that it served as the seminal text that offered religious validation to the reprehensible Taliban attitude towards women, is not unknown. Recently, a senior Taliban representative consented to be interviewed by a female anchor in what has been viewed as another charm offensive in the diplomatic arsenal of the terror group which had hitherto refused to engage with women journalists. However, according to reports, the journalist Behesta Arghand has left the country, dreading her bleak future career prospects.

Fortunately, voices of dissent are steadily gaining ground as a small group of Afghan women attired in black abayas valiantly marched through the streets of Kabul sloganeering in the face of heavily armoured Taliban patrolling guards on 22nd August. The country’s most prominent media network, TOLOnews, resumed its broadcast with female anchors on the 17th of August, two days after the fall of Kabul. This comes amidst the disconcerting trend of women anchors either quitting or leaving the studios as verified by media stalwart Saad Mohseni. Opposition is also brewing in the north-central valley of Panjshir spearheaded by Ahmad Massoud, son of former Mujahideen fighter Ahmad Shah Massoud and former Vice President Amrullah Saleh. As many as 21 countries, including the US and UK, issued a joint statement on 25th August expressing their concerns about the rights of women and girls under the Taliban. They said they were willing to offer humanitarian aid and would closely monitor the situation on the ground.

Considering that out of the 35 million Afghan population,  approximately 65% remains under the age of 20, empirically oblivious to the tumult of the 90s and impressively active on social media, consuming global content and the country being precariously perched on the precipice of economic collapse; it is being speculated that the Taliban may find it hard to go outright devilish this time for fear of sanctions, global abandonment and intensifying civil disobedience. But the veracity of the apparently reformed “Taliban 2.0” is yet to be established with certitude. As their gruesome history continues to torment the Afghan conscience, the eyes of the international community linger unflinchingly on them. 20 years are at stake.