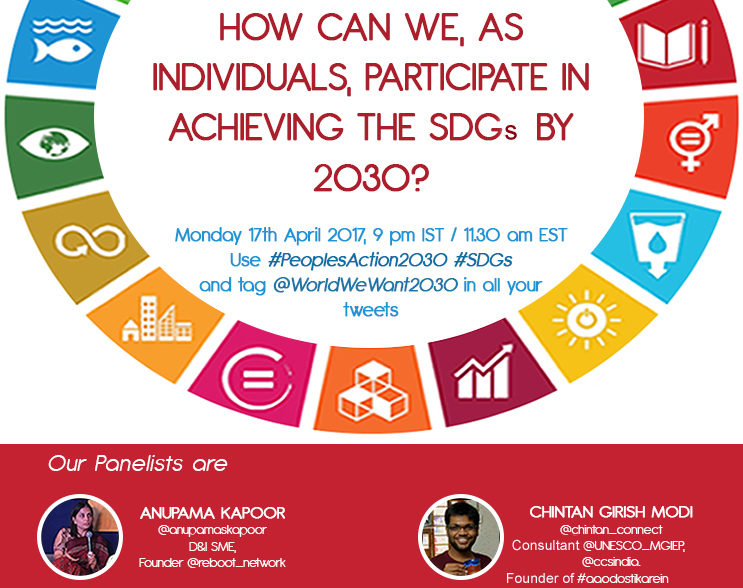 Safecity hosted a panel discussion on 17th April 2030 on behalf of The World We Want 2030 which is a joint effort between United Nations Development Programme – UNDP and the UN Inter Agency Network for Youth Development.

Our Panelists were Anupama Kapoor– the Founder of Reboot, Chintan Girish Modi– Consultant at UNESCO MGIEP and Founder of Aao Dosti Karein, Kirthi Jayakumar – Founder of The Red Elephant Foundation and Latha Sankarnarayan– the Founder of Developmatrix.

The panel discussion was moderated by our Founder, Elsa D’Silva. The discussion broadly covered what the SDGs meant to each of them, questioned how they had incorporated in their work respectively and brain-stormed on how people can participate in achieving the SDGs by 2030.