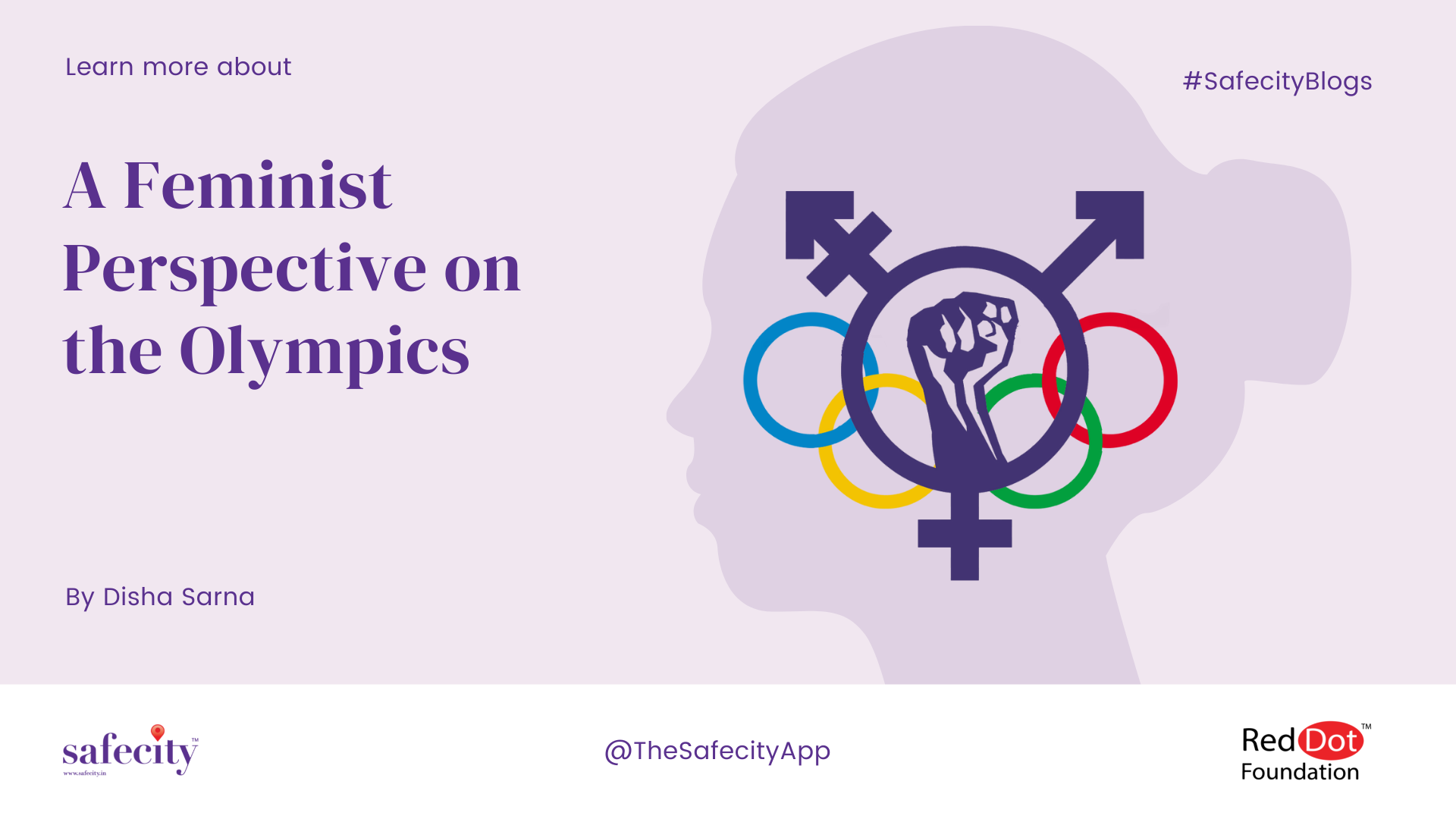 Olympics are important in feminist discourse because they challenge the ideas of traditional femininity, showcase women’s strength and highlight key ideas in feminism like intersectionality and inclusion. Surprisingly, when the Olympics started in 1894, only men could compete and most never imagined that women could participate. When women finally competed in 1900, their numbers were minuscule – a mere 22 of the 997 participants. Even though women were allowed to compete, their participation was limited to ‘feminine’ sports like archery, tennis and figure skating. The process of making the Olympics more gender-neutral was a slow and difficult one with activists like Alice Milliat playing a crucial role in influencing the International Olympics Committee (IOC). It was only in 1992 that women competed in half the sports in which men competed. In the Tokyo Olympics of 1964, the women participants comprised just 13% of the athletes whereas, in the Tokyo Olympics of 2020, the women participants comprised 49% of the athletes, the highest participation level by women. One can see the progress made by women athletes very clearly.

However, this journey has been gruelling and slow and there are many reasons behind this. One of the primary reasons for the delayed inclusion of women in Olympic sports is the fact that the IOC severely lacks women members. Adam B Evans and colleagues reported that in 2015, women comprised less than 25% of the IOC and what is even worse is that while women have access to the IOC as volunteers, students and workers, they rarely reach positions of power where they can make landmark changes. There are often invisible barriers and ‘glass ceilings’ that prohibit women from achieving higher positions. Women often have to take numerous detours before they can gain a position of power. In order to become powerful in the sports world, women have to face rejections on grounds of nothing but gender and this is in a way reflective of the attitude towards women athletes in general as they are not being represented in most high-authority sports committees. An increase in the number of participants does not necessitate equal treatment and this can be seen in the significantly lower media representation, the sexualisation of women in media when they are being covered and lower pay. These systemic issues can only be tackled when women are being represented equally in sports committees like the IOC. Madeleine Pape, a researcher recently suggested that the gender composition of the leadership body plays a significant role in a broader gender character in sports.

The Tokyo Olympics of 2020 saw women trying to overcome these barriers and establish themselves as successful athletes. The German gymnastics team tried to combat the sexualisation of women in sports by wearing a full-length leotard as their uniform. Many gymnasts commended this effort and it reflected how athletes should wear what they feel comfortable in and not be swayed by the norms of the sport or the judges. Another interesting scene that unfolded was the anti-feminist commentary surrounding An San who is a South Korean archer who bagged three gold medals at the Tokyo Olympics. She was criticised by South Korean netizens due to her short hair and Reuters called this a reflection of the growing anti-feminist sentiment in South Korea where young men are growing hostile towards the growing awareness and spread of feminism. An San, however, chose to be professional about the online harassment she was facing and chose to interact with journalists who were concerned about her performance in the sport. In this way, she tried to combat the skewed media representation that women athletes often receive where their status as an athlete is often undermined by other factors like hair and outfit. Simone Biles, USA’s star gymnast and winner of four gold and one bronze medal at the 2016 Rio Olympics, withdrew from the group events initially and then from two individual events as well at the 2020 Tokyo Olympics on grounds of mental health challenges. This decision of Biles affected the USA gymnastics team but many supported the decision. Biles’ withdrawal brought to light the aspect of the mental pressures women athletes bear and how it is imperative to understand and respect their decisions.

Talking about India specifically, Mirabai Chanu being the first athlete to secure a medal at the 2020 Olympics made people reevaluate their notions regarding women athletes. Chanu showed that regardless of prohibitions due to societal constructs, low funding, low media coverage and many more obstacles, women athletes in India are fully capable of success and winning.  P.V Sindhu also brought glory to the country by winning the bronze medal in badminton after defeating He Bing Jiao, making her the first Indian woman to have two individual Olympic medals. Kamalpreet Kaur finished sixth in the discus throw and her journey has been nothing short of commendable. She turned to sports to avoid the looming threat of marriage and proved herself as a commendable athlete who continued to train even though she did not have access to training materials in the pandemic. This was her first Olympics and she is the first Indian athlete to reach the 64-meter mark in the discus and only the second Indian woman to reach the discus throw final, after Krishna Poonia. The athletes of the Indian women’s hockey team are no stranger to facing derogatory remarks because they played hockey, with their parents claiming that playing the sport will bring shame to the family. The odds were definitely stacked against them as many members came from humble backgrounds without having any access to equipment, with their families giving little to no support and yet they managed to enter the semi-finals after beating Australia.  Many other examples like Deepika Kumari, Mary Kom and Saina Nehwal also reiterate this perspective and inspire many girls across India to undertake sports and become athletes.

It becomes obvious that the history of women in the Olympics is a long one and by no means simple. Women athletes who are competing today have overcome many obstacles that their male counterparts do not face. The repeated sexualisation and stigmatisation that they battle constantly needs to be acknowledged. Yet, their passion towards their sport does not diminish and they repeatedly prove how worthy they are as athletes. This journey is nowhere near over and everyone should support and promote women athletes across the world whenever they can as a tribute to the hardships they overcome.