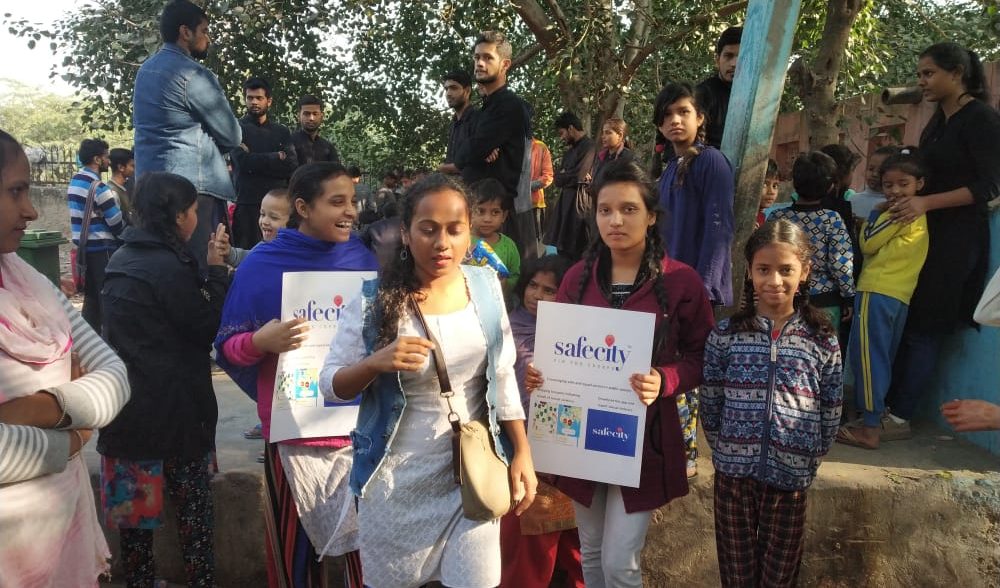 Safecity Activities, Uncategorized
Comments are off for this post

On December 03, 2019, Safecity along with Sukhmanch Theater enacted a Nukkad Natak at Sarvodaya Camp, Kalka Ji, Delhi regarding Women Safety. A Nukkad Natak is a form of play where the actors perform on a street with a live audience. 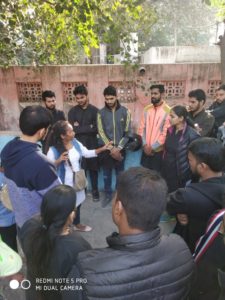 A team of around 40 people from Sukhmanch theatre touched various aspects of women safety and gender equality in the natak. The audience included around 150 people from various genders and age.

After the natak, members of Safecity and Sukhmanch theatre talked to the audience. Topics like safety, gender equality and sexual harassment were discussed. We received positive feedback from the audience with many women even acknowledging that they felt emotional and overwhelmed while watching the play.

We encouraged people to share their stories with us in order to come up with solutions together. We received complaints from girls and women about how they are fearful of men who stare at them and how, even after complaining, some men just won’t stop harassing them. The Nukkad Natak was an effort towards normalizing the conversations around sexual harassment. 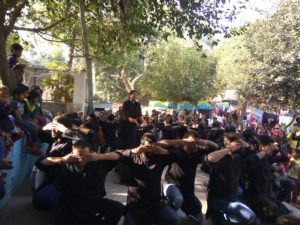 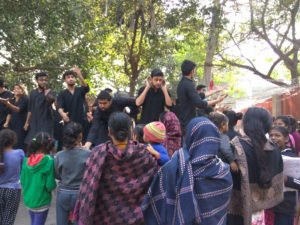