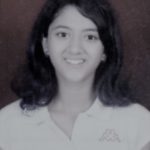 Shriya Sharma is a third year law student, brilliant at academics and exceptional at extra curricular. She is a strong supporter of women empowerment.

Sexuality is a core dimension of being human. For sustainable development, women and girls must have the freedom, the power, and the support to demand and access their sexual and reproductive rights. They must be able to take and give consent to decisions around their bodies and lives, such as choose when and whom to have sex with; decide if and with whom to get married; choose when and if to have children; and determine when and what health and other information and services they require and access them. They must not face violence, discrimination, or exclusion because of the choices they make.

Statistics released by various surveys carried out nationally as well internationally reveal that:-

These statistics make it very important for people to advocate for the sexual rights of women and spread sex and reproduction related information amongst young girls.

Let’s first and foremost understand what women’s sexual rights are all about? Women’s Rights are the rights and entitlements that are claimed for women and girls worldwide.

And, sexual rights include and largely focus on – sexual pleasure and emotional sexual expression. The most prominent platform that has seen the struggle for sexual rights has been WAS Declaration of Sexual Rights.

The 1995 Beijing Conference on Women established that human rights include the right of women to be able to freely and without any coercion, violence or discrimination, have full control over and make decisions concerning their own sexuality and their own sexual and reproductive health. Many countries have interpreted this to be as the applicable definition of women’s sexual rights. (According to “Sweden’s international policy on Sexual and Reproductive Health and Rights”)

The UN Commission on Human Rights has established that if women had more power, their ability to protect themselves against violence would be strengthened.  (as per – E/CN.4/RES/2005/41 and E/CN.4/RES/2005/84)

At the 14th World Congress of Sexology (Hong Kong, 1999), the WAS adopted the Universal Declaration of Sexual Rights, which includes 11 sexual rights:

This Declaration gave an influence on The Yogyakarta Principles (which were launched as a set of international principles relating to sexual orientation and gender identity on 26 March 2007), especially on the idea of each person’s integrity, and right to sexual and reproductive health.

In 2015 the U.S. government said it would begin using the term “sexual rights” in discussions of human rights and global development.  When it comes to India, it is very important for every women to know these 10 important rights related to their sexuality:-

Thus, with these rights and various Supreme court and High court guidelines being in place the women have definitely been empowered and it’s now time for women to empower their own selves.