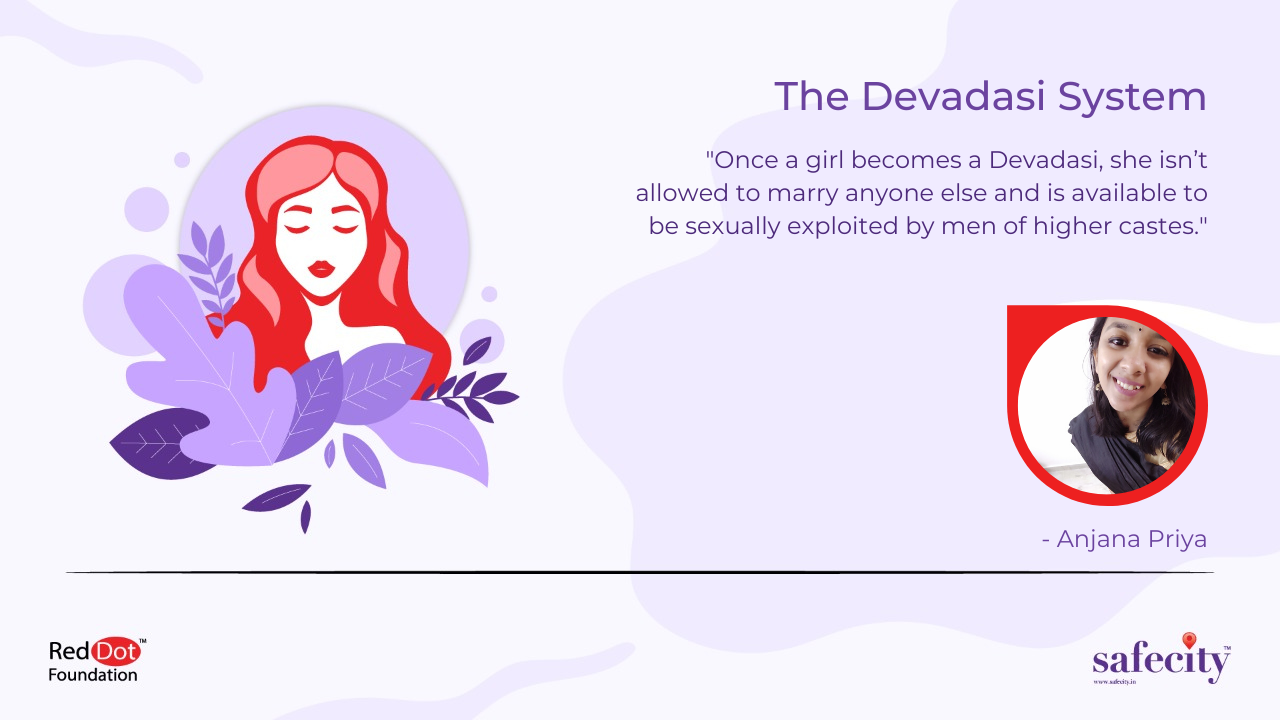 Although India has been progressing incredibly in various fields, and there have been shifts in the thought processes of the society in general, there are still a few practices and systems that have remained as a disgrace to humanity. One of such practices is the Devadasi system.

The Devadasi system is an ancient practice that is followed to date in a few southern states in India such as Karnataka, borders of Andhra Pradesh, Tamil Nadu, Goa and even Maharashtra.

According to this practice, young girls of the village who have recently attained puberty, are given off to the local temple to be wedded to a deity. This system can be traced back to as early as the 7th century, when women were offered to dedicatedly serve the temples, and thus were trained in classical dance forms, music and also to perform various rites and rituals. These women also maintained sexual relations with the high priests of the temple as a service to God. This system was eventually scrapped by the British government and there even exists various laws against the same, post-independence.

Although the domestic laws in the states of Karnataka, Andhra Pradesh, and Maharashtra have prohibited this practice, it still continues in various parts of these states wherein young girls and women are forced into prostitution at a very early age. It is mostly the economically unstable families that end up becoming the prey to this vile culture. Once a girl becomes a Devadasi, she isn’t allowed to marry anyone else and is available to be sexually exploited by men of higher castes.  Even though various non-governmental organizations have taken up the responsibility of bringing justice and comfort to the Devadasis, this system still continues to ruin the lives of many young girls and women of our society.

2 comments on “The Devadasi System”

Such a nice story.

thank you for sharing

The information was very helpful. Keep writing such informative articles, It help us to understand many things. Good work. Keep writing.
Source: https://tractorjunction.net/powertrac/