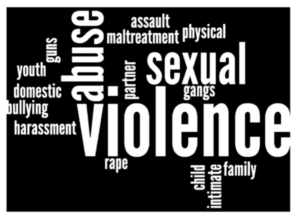 The head of a primary school has been booked for allegedly sexually harassing a Dalit woman in Hathi Karonda village in Shamli district. As per the complaint filed by the woman’s husband, the 38-year-old headmaster barged into their house on Tuesday when his wife was alone there and tore her clothes and also threatened her. The police is searching for the headmaster who is on the run. He has been booked under the relevant sections of the Indian Penal Code and the SC/ST Act.

A 22-year-old woman has alleged that she was harassed by a man on Wednesday at her home in New Mandi area as per the police. The man was caught and beaten by a crowd before he was handed to the police. The woman claims that he had harassed her before as well.

Sex on the pretext of a movie role

Three men have been arrested for allegedly raping a woman on the pretext of casting her in a movie, police said. The three accused were arrested after the police received a complaint at Sarojini Nagar police station on Tuesday. The woman has told police that she met one of the accused in Mumbai and that he had told her that his relative is a director. When she met them in search of work opportunities, the men first took her to a mall in south Delhi and later to a house, where they raped her.

A 60-year-old man has been arrested for allegedly sexually assaulting two minors in south-west Delhi’s Palam village by luring them on the pretext of giving them money. In another incident, a 12-year-old girl was allegedly raped by her landlord’s son in south Delhi’s Hauz Khas. Police have arrested the 22-year-old accused from his residence. The incident came to light when the girl’s elder sister returned home from office and caught him in the act.

U.S. President Donald Trump’s former campaign manager Corey Lewandowski has been accused by a singer of slapping her buttocks without her consent at a party in November. Joy Villa, a vocal Trump supporter who wore a dress bearing the president’s “Make America Great Again” campaign slogan to the Grammy Awards this year, said on Tuesday she had contacted police in Washington on Sunday to file charges. Villa told news website Politico and television channel CNN this week that Lewandowski touched her against her will while they posed for photographs at the Trump International Hotel
Connect with us?
In case you like this new series, hate it, or think there are stories that we should be covering but have missed out on, please email us at vanditamorarka@gmail.com. We look forward to your inputs and feedback!