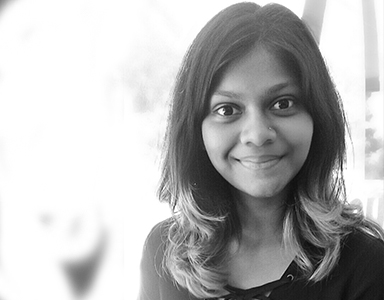 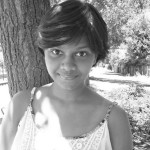 My name is Jessica Xalxo. I was introduced to Safecity through a workshop that was conducted by Elsa and Ashwini at Sophia College during my FYJC. I expected to learn how to defend myself through this workshop, that was all.Instead, I walked away confident and hopeful with the  knowledge and understanding of what being safe is ,how to defend myself and allow others to be able to feel safe and do the same. A Safecity workshop not only equips you to stand up for your safety but also helps you to understand that it’s a universal right and that the change can surely be brought about through the attitude and actions of each one of us. My first experience with Safecity was definitely life changing.

I had never seen change in motion till I joined Safecity as a Blogger around September,2014. It’s been over 2 years now and I’m still awed when I see the change that the Safecity team is making in the everyday lives of the people. Being able to see such change firsthand is a privilege and I’m glad that I accompanied Riddhima and Anu during the 16 Days of Activism against Gender Based Violence in December. The workshops which were conducted with differently abled persons opened up my world in ways that I couldn’t think possible.

I understood that we all are the same and with a bit of a push and help from one another and the mightiest one from within ourselves,we can achieve great things.I found confidence and happiness through these workshops. As for blogging, it was a relief to be able to put my voice out into the World and speak about issues that have deeply troubled me. I felt liberated and empowered, something that I had never felt before.

I had always been the person who saw what was going on, got angry about it, felt disgusted and then did nothing. With Safecity, I’ve changed. I’ve gone from being the girl who would look away angrily from a stare to one who would stare back demanding an answer. Instead of tuning out any form of harassment, I actively take note of the occurrence.

I don’t think twice about what I’m wearing when I leave for college as I’m not doing any wrong by choosing what I would like to wear and I won’t be shamed for it. I’ve changed my ignorance into action and that has made all the difference in my life. I’m confident because now I believe that my safety is in my own hands.

Till I fight for what is my right,there is a good chance that people in the future won’t have to and that is one reason why I’ll never give up.This is why I’m passionate about the work of Safecity. The change that the team is trying to bring about is not just personal but for global communities and the World.The best part about this change:it’s happening in every part of our country,right from the bastis to the neighborhoods. Our country is changing,from ever nukkad to road and I for one am proud about it.

Don’t be afraid to make a change & always have the courage to keep going.  The little that You do makes all the difference.