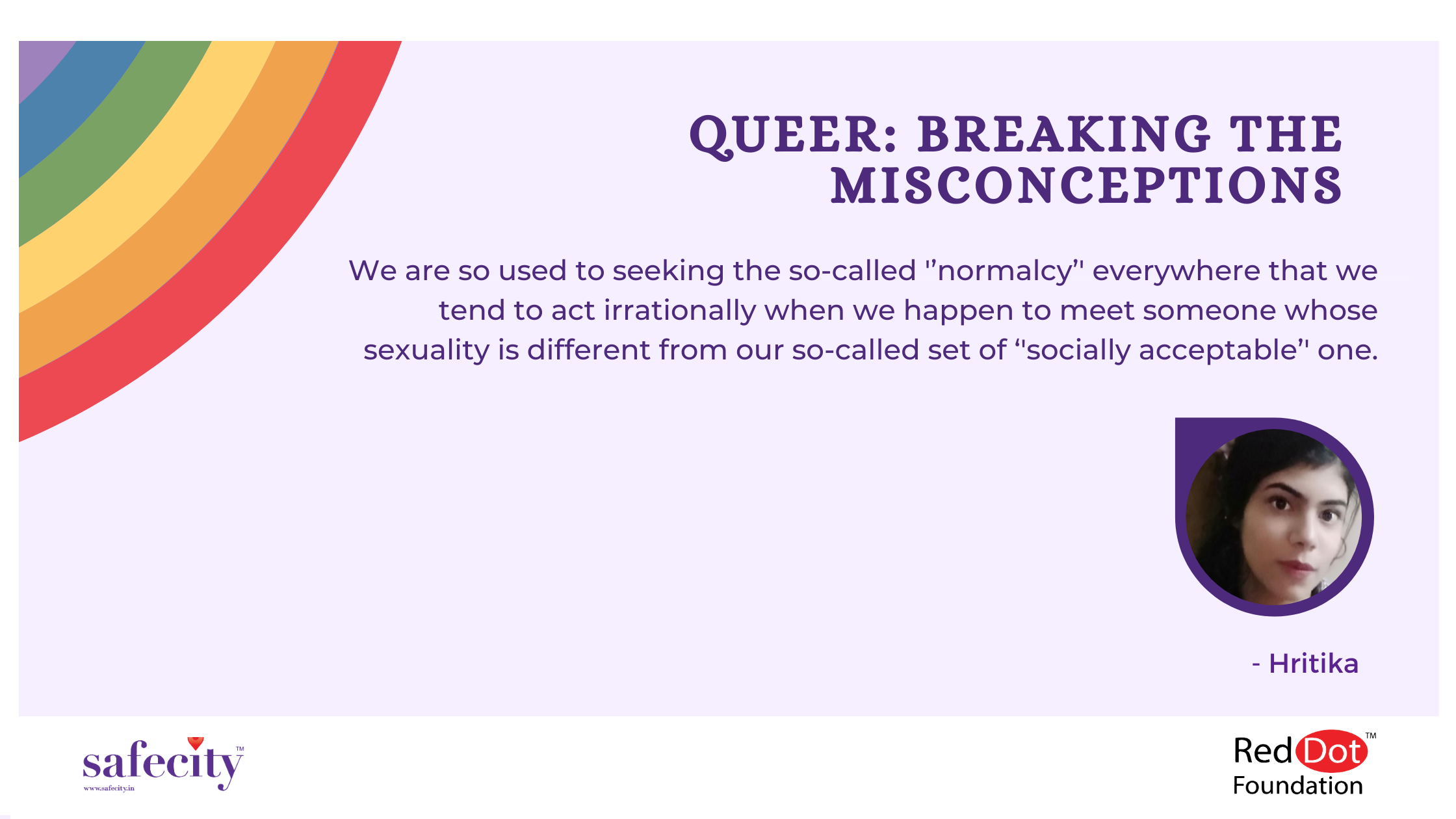 How do you react when you see an individual from the LGBTQ community at your workplace or as your neighbour or as one of your batchmates?

We are so used to seeking the so-called ‘’normalcy’’ everywhere that we tend to act irrationally when we happen to meet someone whose sexuality is different from our so-called set of ‘’socially acceptable’’ one. Unfortunately, the LGBTQ+ community has to go through rejections by family and biased school discipline policies, classification as sex offenders, segregation, and isolation.

This is chiefly due to the conventional setup of the stubborn minds, who are satisfied to assume misconceptions as facts.

Some of the prevalent myths and misconceptions about the LGBTQ community are:

MYTH- “Homosexuality can be treated.”

THE FACT- The therapies that claim to convert lesbians, gay, and bisexual individuals into heterosexuals have been discredited. Even, these ‘reparative’ therapies can be harmful. Moreover, there is nothing that has to be treated. Homosexuality is not an illness.

THE FACT- Scientific data indicate that sexual orientation is caused by factors such as genetics and the biology of brain development before birth. External factors are never a reason.

THE FACT- Every religion is concerned about the right conduct with others and opposes cruelty, exploitation, and abuse amongst all people- heterosexual and homosexual alike.

Until when will we continue this inhuman behaviour? Can we please stop mistreating people for their different sexualities? Can we please quit making rules for defining a person as ‘’Normal’’ or ‘’Strange’’ based on their sexual preferences?

This is a world where no one individual is the same as others, so can we please move towards acceptance of all variations instead of rejecting them?

5 comments on “Breaking The Misconceptions”

Great job! Thanks for busting some wrong myth about the community with the right facts. Kudos to the writer!!

Thank you so much 🙏