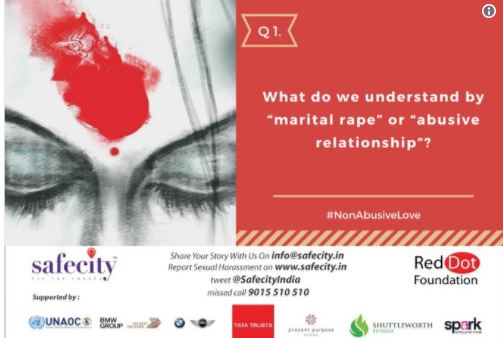 On 29th of December, Alisha Khan @AlishaMyself conducted a tweetchat about marital rape and abusive relationships.

Family has always been considered as a safe setting for all the members. But in the course of time, this setting has also been transformed into a new place for sexual abuse and unhealthy relationships. We began with how can this be defined and understand marital rape as a societal fact that conditions marriage and relationships. Media has been an important platform for the project of views and ideas while at times it has also subjugated women as mere objects of sexual acts. As viewers, by watching such shows don’t we encourage this? Understanding and believing that anybody in a family can be a victim of an abusive relationship or marital rape can be difficult to deal with even for the family as well as the victim. Our aim is to help these individuals realize and raise their voices to stop such acts.

A tweetchat by Alisha!