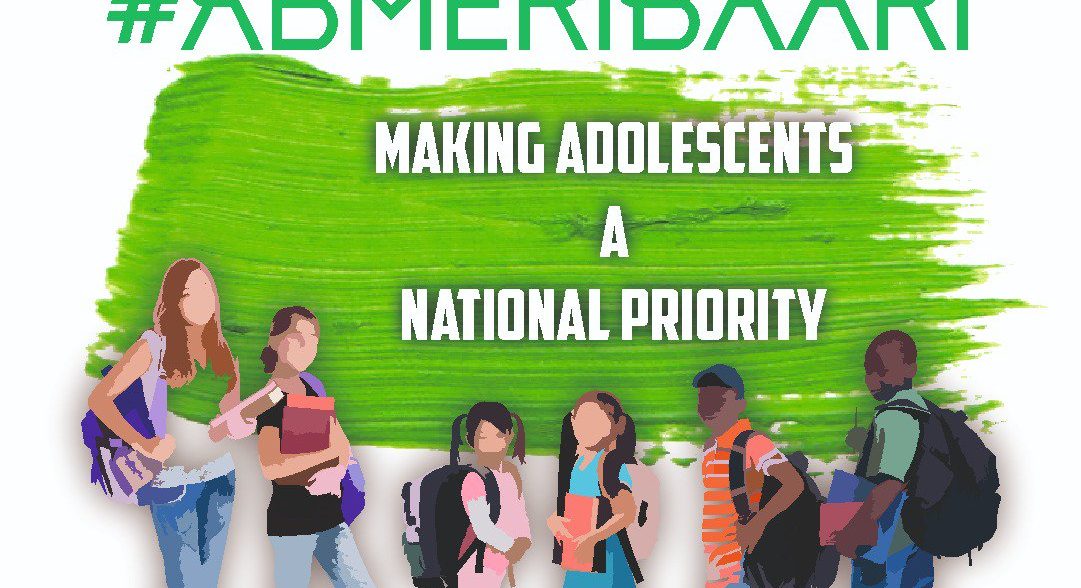 The Tweetchat began by sharing the link to “Ab Meri Baari” a short film that emphasized prioritizing adolescent issues. The first question was that since 15 million adolescents are eligible to vote for the first time in this election, how could their votes make a difference in raising issues that affect them. The audience opined that voting is the first step in raising issues; adolescents need to step up themselves. Also, such amount of voting power will result in a candidate being committed towards resolving issues of adolescents. The next question was about the key issues faced by Indian adolescents that should be a part of the next Government’s agenda. Some of the issues pointed out by the audience included quality education, employment opportunities, vocational training, LGBTQ rights, etc. The role of mainstreaming adolescent issues in order for them to reach policy-makers and the government was also discussed. Increasing the number of platforms where adolescents can come forward and talk about their issues and greater media involvement were suggestive measures for mainstreaming adolescent issues. Wile talking about platforms for the youth to speak up, the audience suggested physical and virtual platforms which are more fun and engaging rather than pedantic to come forward and discuss their issues. The chat ended by asking the audience for their suggestions on advice for the first time voters in India.

A tweetchat by Dasra!