Sumati Thusoo is a Program and Outreach Officer with Safecity. She is responsible for engaging with the communities and establishing and maintaining partnerships with NGOs and colleges, conducting workshops with colleges and raising awareness regarding sexual violence and providing input for developing appropriate training programmes. She has an M.A. in Women Centred Social Work from Tata Institute of Social Sciences, and a Bachelors in Economics from Delhi University. Her past work has focused on the effects of conflict on access and mobility of women, and her thesis looked at the experiences of Kashmiri women with conflict.

Know Our Team: The Combined Power of Theory and Practice

After finishing my Bachelors of Arts in Economics from a reputed college in Delhi University, I was placed in a leading global consulting firm as a ‘Financial Analyst’. After I got this offer, there were murmurs in the corridors leading to the conference room that the reason for me to get the job was what they called ‘my rack’. This was the final blow to the kind of blatant sexism that I had faced all my college life. I did not take up that job. I did not take up the other job as well. I could not have taken the job that I gotten because I had big breasts. For my 21 year old self, the reasons that I gave to everyone for not taking up those job offers were as juvenile as I didn’t want to spend my days in air-conditioned lifeless plastic compounds wearing tight formal clothes.

After 3 months of sitting at home, I joined an NGO where I worked with underprivileged youth in an employability program. After skimming through various profiles in various NGOs, I landed up as a trainer in a program where I was training Anganwadi workers in a village in Haryana. It was during that time that I realized issues pertaining to gender intersect with so many different kinds of issues such as caste, religion, health etc. This was  when I decided to educate myself about gender.

I joined a Master’s Program in Women Centred Social Work in Tata Institute of Social Sciences. I learnt about the symbiotic relationship between theory and practice with respect to peoples’ movements. The course structure was such that apart from sex and sexuality, violence was the third pillar of this course on women centred practice. Violence becomes a part of a woman’s life in so many different ways and means that she learns to normalize it and live with it. This normalized violence varies from physical to verbal to psychological in both public as well as private spheres of a woman’s life. 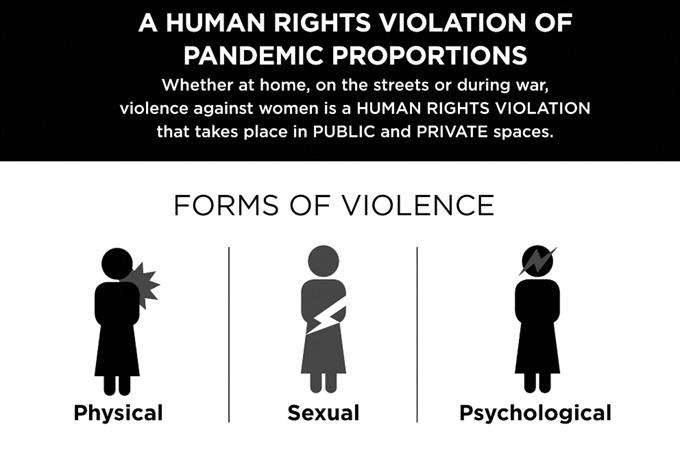 While I was still in TISS, I interned at Special Cell for Women & Children where we provided socio-legal help to survivors of domestic abuse. While domestic abuse is the kind of violence that takes place in a private sphere, I would often wonder about the kind of violence that happens on moving trains, buses, in streets etc. where women do not even know the men who touch them, grope them or ogle at them.

This is when Safecity happened to me. It was an idea that I had loved instantly when I had gone to one of their communities in Bandra plot where a group of adolescent girls were mapping safe and unsafe spaces in their community. They had also designed solutions such as starting a signature campaign, conducting surveys across the community for dealing with the problem of sexual harassment near their community toilets. This was a very different model of informal education from those I had ever seen. 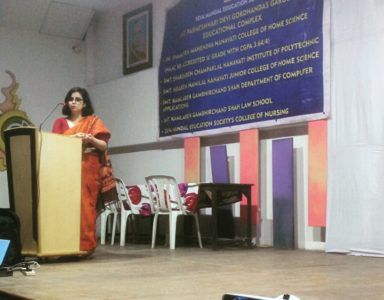 When I was given the opportunity of working in the capacity of a Program & Outreach Officer in Safecity, I immediately jumped and grabbed it with both hands. It has been five months that I have been associated with Safecity. In these last five months, I have been a part of some brilliant workshops creating awareness about sexual harassment where our participants share their lived experiences. This anecdotal data while being unquantifiable, time and again conveys the reason behind the movement against gender based sexual violence that we are a part of.

Being a part of Safecity for the past five months, I have had so many wonderful opportunities from conducting workshops to presenting our work at various platforms to writing academic papers documenting our work. Safecity is an organization that functions on the feminist principles of non-hierarchy. The emphasis on emotion work is so intrinsic to feminist organisational philosophy. This means that the organization relates to the whole person and particularly to the roles fulfilled by us outside the organisation. Setting aside time to ensure that personal concerns could be shared is something that makes Safecity a truly safe space for all of us.