Safecity Blogs, Uncategorized
Comments are off for this post 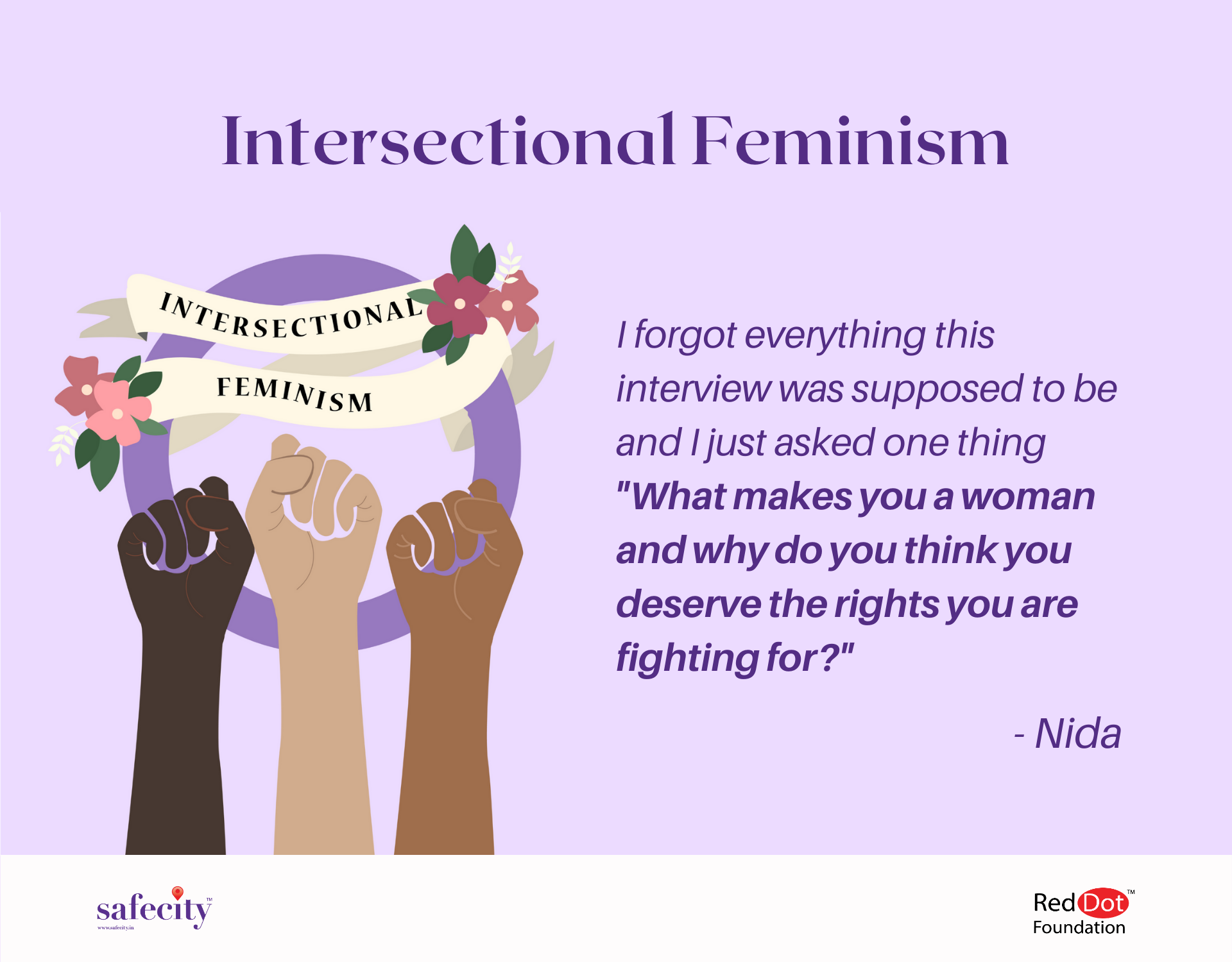 All my life I felt like I don’t know myself and when I finally learned to recognize myself, society doesn’t want to recognize me as a human.

It’s been almost 3 hours since I have sat here on this table trying to pen down questions for the interview and all I could write was, why do the ones fighting for rights think you don’t deserve it? Isn’t that their whole story? Isn’t that my whole story.

I know I can’t waste a lot of my time, I log on to my computer and send everyone the zoom link to join the meeting.

I wipe my eyes and act. Honestly, I have been acting for so long, the world now feels a whole like a drama stage.

I start the meeting, “Good Morning everyone. I am so glad that you’ve decided to spend your evening with us. That’ll be a small interview which will also be recorded. I hope we all have a great time.”

I have seen a whole lot of different women in my life but for some reason, the women in front of me felt like the soil of my hometown.

I forgot everything this interview was supposed to be and I just asked one thing “what makes you a woman and why do you think you deserve the rights you are fighting for?”

Somehow none of them seem shocked.

A woman who covered her hair to stay closer to god but kept her heart open said “The fact that I feel like a woman is enough for me. Nothing makes a woman, woman makes everything.”

My housemaid who also works for an NGO spoke up “I deserve the rights that I am fighting for because they were taken away from me. Not only the ignorant but also people who claim to fight for rights deny to give me mine.”

“You being a human isn’t enough for them to give you basic right?” I ask them.

“They don’t view us as humans.”

My heart broke. I have seen her on local trains a few times. Her clap scared the ignorant and made the others smile. With a face that would make anyone’s day she’d ask for money.

The next 1 hour didn’t seem like an interview, it was more like a bunch of friends sharing their pain with a glass of wine.

As the interview came to an end, the prostitute spoke up, “You are a woman Manisha. You being Manish at birth doesn’t change that. Just like they can’t keep my honor in my vagina, nobody can keep your womanhood in genitals. You are a human.”

With a reassuring smile, I waved them goodbye and closed the laptop. I look at myself in the mirror and apply a dark kajal under my eyes and a bindi between my forehead.

Nida Shaikh is a self-proclaimed feminist and a writer who wants to stay on the right side of history. Pursuing her passion for writing, she has taken up English Literature hoping that somehow she helps society to be better than what it has always been.