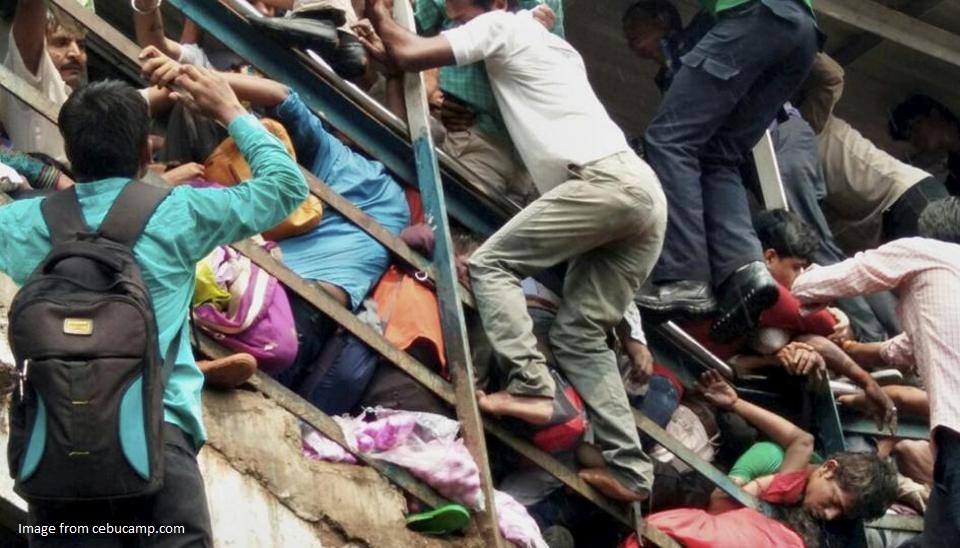 Around 10.30 am in broad daylight at Andheri Station, Mumbai

I had just gotten out of a train and was heading to the staircase to get to the overhead footbridge. There was a lot of crowd, leading to a mini- stampede situation. I lost my sister’s hand in this and got pushed ahead. For a few minutes no one moved as there were so many people and the crowd was just not able to move. I suddenly felt something on my chest, but thought its just in my head. But I kept feeling it, again and again, and then to my horror when I looked down, there was a hand on my left breast groping me again and again and again. I couldn’t even move my head to turn and see who it was, or move my hand to get the hand off me. Because there were SO MANY PEOPLE STUCK TO ME. I froze. And after a few seconds the crowd suddenly started moving ahead and I got pushed again. By the time I could get some space to turn and look for who it was, I guess he was gone. I kept trying to look for him, but had no idea what he looked like, and he got away.

When my sister found me she said I had the most shocked expression and looked horrified. And she said she saw 2-3 women more in the same crowd, with the same expression, and that someone tried to grope her from behind too in that stampede.

A year and 3 months later, I relive this in my head almost daily as I have to use public transport. Every time I climb up stairs in any station, crowded or not, I have severe anxiety, sometimes can barely breathe until I’m out of the station. I know a lot of people will have things to say like you should’ve done XYZ in that situation. In that moment I couldn’t.

I am more prepared now, have started calling out men who stare or act inappropriate, and roam around with a knife wherever I go. The question is – is this how we are supposed to live? What have we done to deserve this? To live in constant fear or getting molested or raped. This is just one of so many other accounts. There are so many girls, with so many similar stories. This country NEEDS to get safer for women. Period.