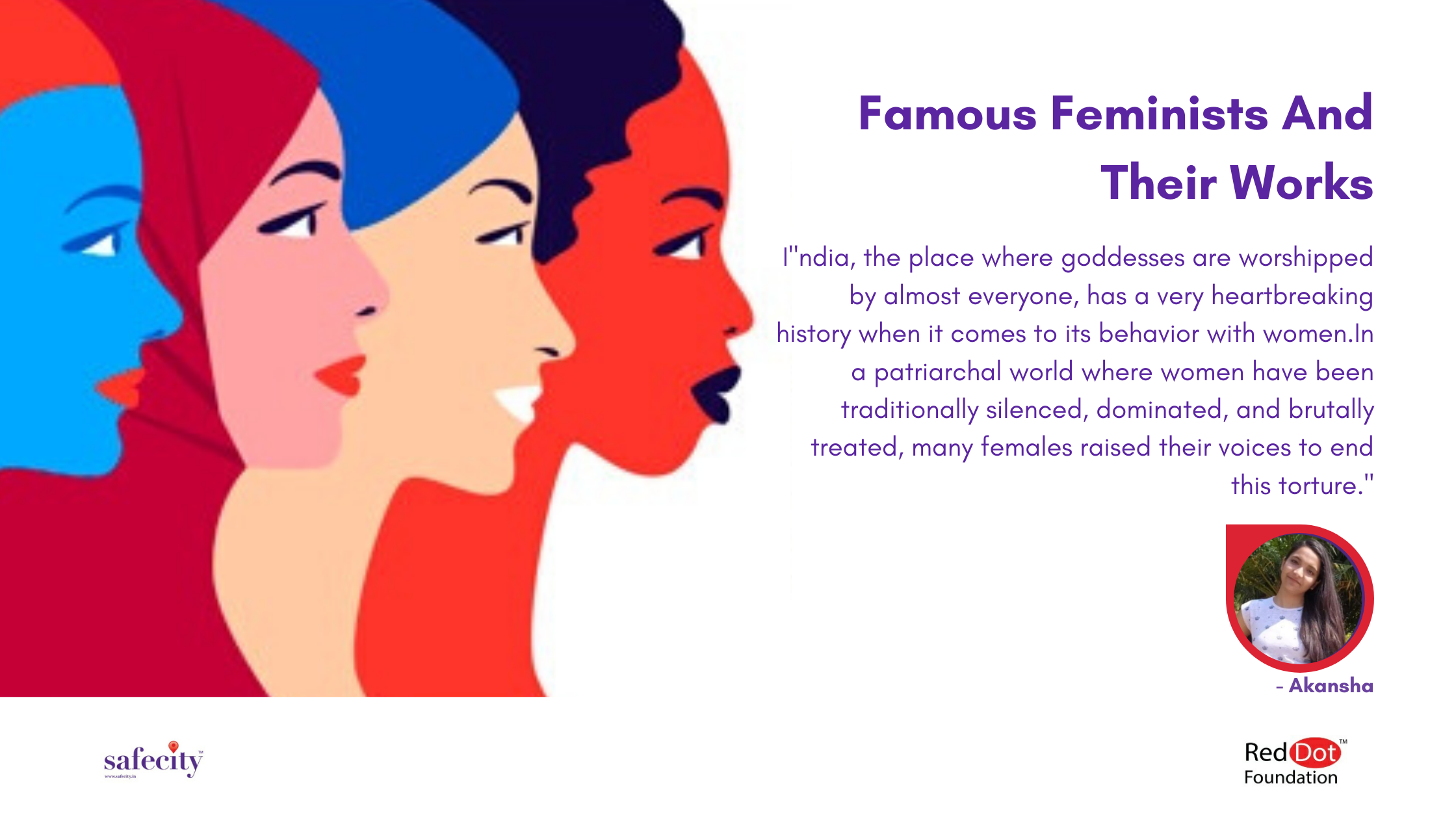 Famous Feminists And Their Works

India, the place where goddesses are worshipped by almost everyone, has a very heartbreaking history when it comes to its behavior with women. The patriarchy has grown its roots so deep down that despite various movements by Indian feminists, women living in modern India still face many issues of discrimination.

In a patriarchal world where women have been traditionally silenced, dominated, and brutally treated, many females raised their voices to end this torture. A few of such feminists were:

These great feminists have created a major difference comparatively, and yet there are many wars to be fought for the equality and respect of women not just in India but all around the world.