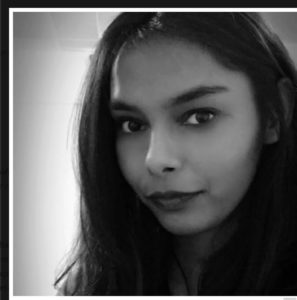 Nandini Arora works as a Brand Manager in a Software Development company in New Delhi. Although married to numbers, her first love has always been books and writing. She regularly writes about issues such as women’s safety, Feminism, LGBTQ etc. on her blog nandiniaroraweb.wordpress.com

The World Economic Forum 2018 is going on in Davos, Switzerland. Prime Minister, Narendra Modi gave his speech there yesterday in which he talked about India’s growth story in front of CEOs from around the world, with the goal to convince more companies to choose India for their businesses. Also in Davos, along with the PM, was actor Shah Rukh Khan attending the WEF 2018 where he was honoured with the 24th Crystal Award at the Annual Crystal Awards Ceremony 2018.

The ceremony, which celebrates achievements of artists from around the world who have shown commitment towards improving the state of the world, awarded Shah Rukh Khan for his work on raising awareness about human rights issues through the non-profit, Meer Foundation. The award was in recognition of his work for the rights of children and women in India.

In the world we live in, the way we look, dress, talk or walk matters a lot. Unfortunately, in this same world, people exist who think they have the right to destroy someone’s life simply because their victim did not agree with them or to them. We have seen numerous times how people end up committing gruesome crimes triggered by bruised egos. Crimes like rapes and acid attacks, unfortunately, are some of those crimes. There have been more cases than we can count, of women who ended up becoming victims to acid attacks simply because they said no. The accused in most cases have been their stalkers or ‘lovers’ who couldn’t tolerate rejections. The “If she cannot be mine, I won’t let her be anyone else’s.” attitude of these men has ruined numerous lives and destroyed countless dreams. Looking at the effects of these crimes often makes one wonder what went wrong with humanity and how we turned out to be so barbaric.

A study  carried out by ASWWF (Acid Survivors and Women Welfare Foundation) a few years ago, found that rejection in love and of marriage proposals was a major trigger in 36% of all these attacks. When it wasn’t an ego hurt by rejection, it was blind rage because she probably spoke in a louder voice than his ego could accept or stood up to his nonsense when he expected a mute puppet for a wife. The study found that 13% of the acid attacks were results of marital discords. The study also revealed that in as much as 84% of the cases, the victims were known to the perpetrators. There is little we can do about male egos – they’re like the Mount Everest; largest in the world and growing a few centimeters taller every year. However, what we can do, is make sure the laws are stronger to protect the victims and punish the accused.

As of now, in India, Sections 326A and 326B of the Indian Penal Code, amended into The Criminal Law Act (Amendment) in 2013, criminalise acid attacks. Shockingly, these two sections were added after the passage of the Criminal Law Amendment Act only in 2013! Before this, perpetrators accused of acid attacks were typically charged with causing hurt, which only invited a punishment of three years! Now, while Section 326A criminalises throwing of acid, the punishment for which is imprisonment of a minimum of 10 years which can be extended to life imprisonment along with a fine, Section 326B of the Indian Penal Code punishes the attempt to throw acid, by a minimum of 5 years. The imprisonment, for which, can go up to 7 years with a fine.

At the age of 16, in 2006, Laxmi, an acid attack survivor, who is popular for her work with the Stop Acid Attacks campaign, filed a petition seeking measures to regulate the sale of acid and provide adequate compensation to the victim. In 2005, when she was just 15 years old, she had refused the advances of a 32 year old man, thereby hurting his ego to the extent that he decided to destroy her life and dreams. Now the director of Chhanv Foundation , an NGO dedicated to help the survivors of acid attacks, she has a daughter with her partner Alok Dixit. Dixit is the founder of the Stop Acid Attacks (SAA) campaign. In 2006, only a year after her own attack, when Laxmi advocated against acid attacks, she gathered 27,000 signatures for a petition to curb acid sales, and took the cause to the Indian Supreme Court. Her petition led the Supreme Court to order the central and state governments to regulate the sale of acid, and the Parliament to make prosecutions of acid attacks easier to pursue.

Finally, in 2013, considering the rise in the number of cases relating to acid attacks against women, the Supreme Court imposed stringent regulations on the sale of acid. The ruling banned over the counter sale of acid allowing dealers to sell the acid only if the buyer provided a valid identity proof and stated the need for the purchase. The Supreme Court also made it mandatory for the dealer to submit the details of the sale within three days to the police. Sale of acid to a person below 18 years was also made illegal in 2013. In addition to that, on 19th July 2013, a bench also ordered states to pay Rs 3 lakhs as after-care and rehabilitation cost to acid attack victims within two months. Of the money, Rs 1 lakh will have to be given within 15 days of the incident.

Despite the ruling of 2013, India still has the highest incidence of acid attacks in the world, with the number of such cases rising from 83 to 349 between 2011 and 2015! Easy availability of acid is the primary reason for India’s failure to prevent such attacks. Even though the Supreme Court ordered every state and Union Territory to outlaw the over-the-counter sale of acid, one can still buy a bottle without much difficulty in various places across the country. “Acid is still being sold openly everywhere. During our ‘shoot acid’ campaign last year, we shot many videos of shopkeepers giving it away freely. Acid can also be procured from small factories that use chemicals in their manufacturing processes. Raids don’t help because factory owners are always informed in advance by the local police,” Laxmi has said.

We are slowly approaching a time when crimes against women are openly talked about. In addition to sexual harassment, an acid attack is an equally heinous crime. Telling women to be careful when rejecting the advances of men, or simply ignoring him when he’s stalking you or even suggesting women to lock themselves indoors as solutions to crimes against women, are not going to solve anything.

The latest report of the National Crime Records Bureau (2016) recorded 283 incidents and 307 victims under Section 326A (acid attack) and Section 326B (attempt to carry out an acid attack) of the IPC in India. That’s over 500 incidents in an year. So, while the world is slowly realising that crimes against women exist, we need to come together and make an extra effort to make people understand that the weight of a woman’s no and dissolve the false sense of entitlement that some men seem to grow within them. It is our job to make this world, that we share 50-50, a better place, free from gruesome crimes fuelled by fake egos and false senses of entitlement.

The importance of consent and the value of a woman’s No cannot be stressed enough. SRK, in his thank you speech at the awards ceremony, talked about consent, saying, “I want to thank my sister, my wife and my little daughter for bringing me up well and teaching me the value of requesting, sometimes imploring and begging a yes from a woman, instead of forcing it upon her.”